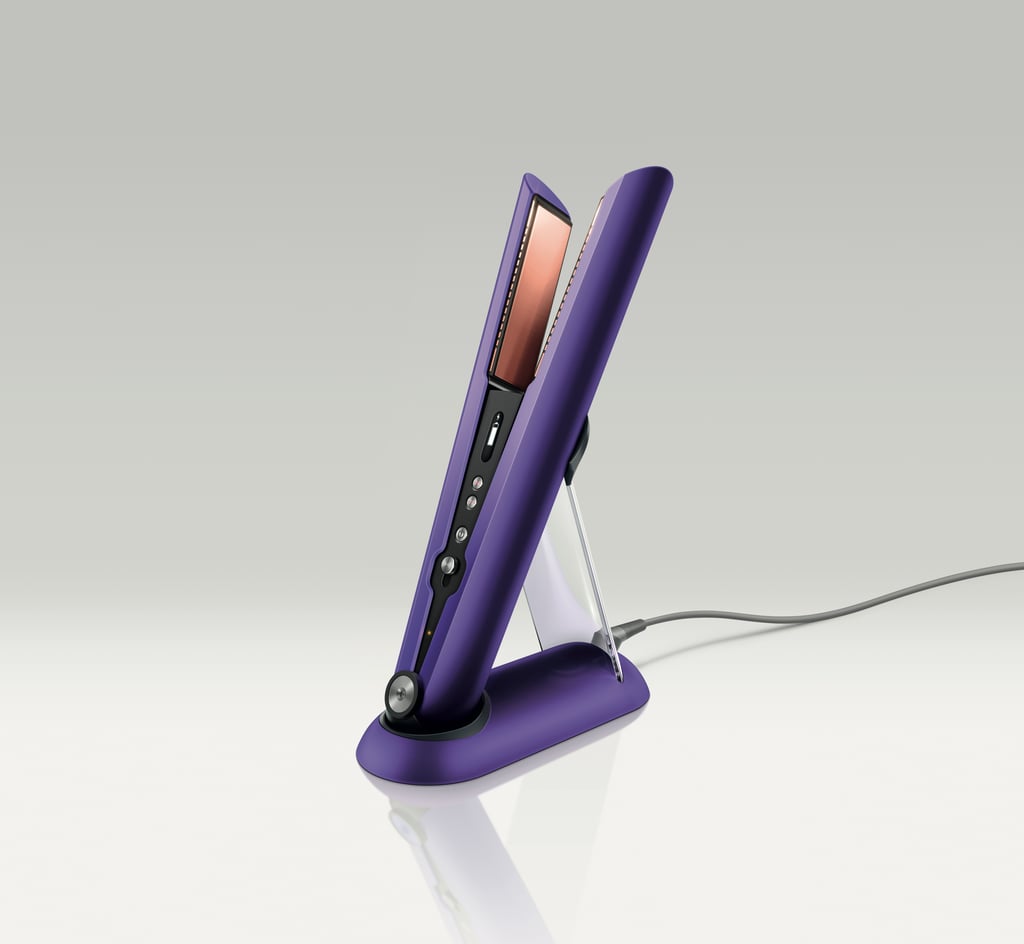 Everything You Need to Know About the Dyson Corrale, the Brand’s New Cordless Straightener

I’ve been waiting for a Dyson straightening iron since the minute the brand announced the launch of its blow dryer back in 2018. And yes, I’ve been told before that I’m demanding, but honestly, I don’t think I was alone. Well, it took two years, but the wait is over. Today, Dyson officially launched the Corrale Straightener ($500), the brand’s third hair tool — and perhaps its most anticipated.

Dyson’s entire ethos is to rethink and redesign clunky electrical tools, and the classic straightener is one of the clunkiest. Sure, it’s gotten slimmer and sexier over the years, but not much else has changed; it’s still just two solid, dangerously hot irons that you clamp together and slide over your hair. It’s also the most damaging hot tool of all, and so — similar to the impetus behind the Supersonic Hair Dryer — Dyson wanted to find a way to make straightening safer for your poor, defenseless, heat-ravaged ends.

To do that, the brand invested $32 million in research and development and conducted over 600 hours of user trials in five different countries with over 800 participants. The results: a straightener that promises to not only cut the damage to your hair in half, but also to cut down on the amount of time it takes to to straighten your hair.

A couple of months ago, POPSUGAR sat down with Sandra Lup, a Dyson advanced design engineer who began working on the Corrale project about four years ago, as well as London-based hairstylist Larry King, who got to test drive the tool, to learn all about the Corrale’s exciting features. 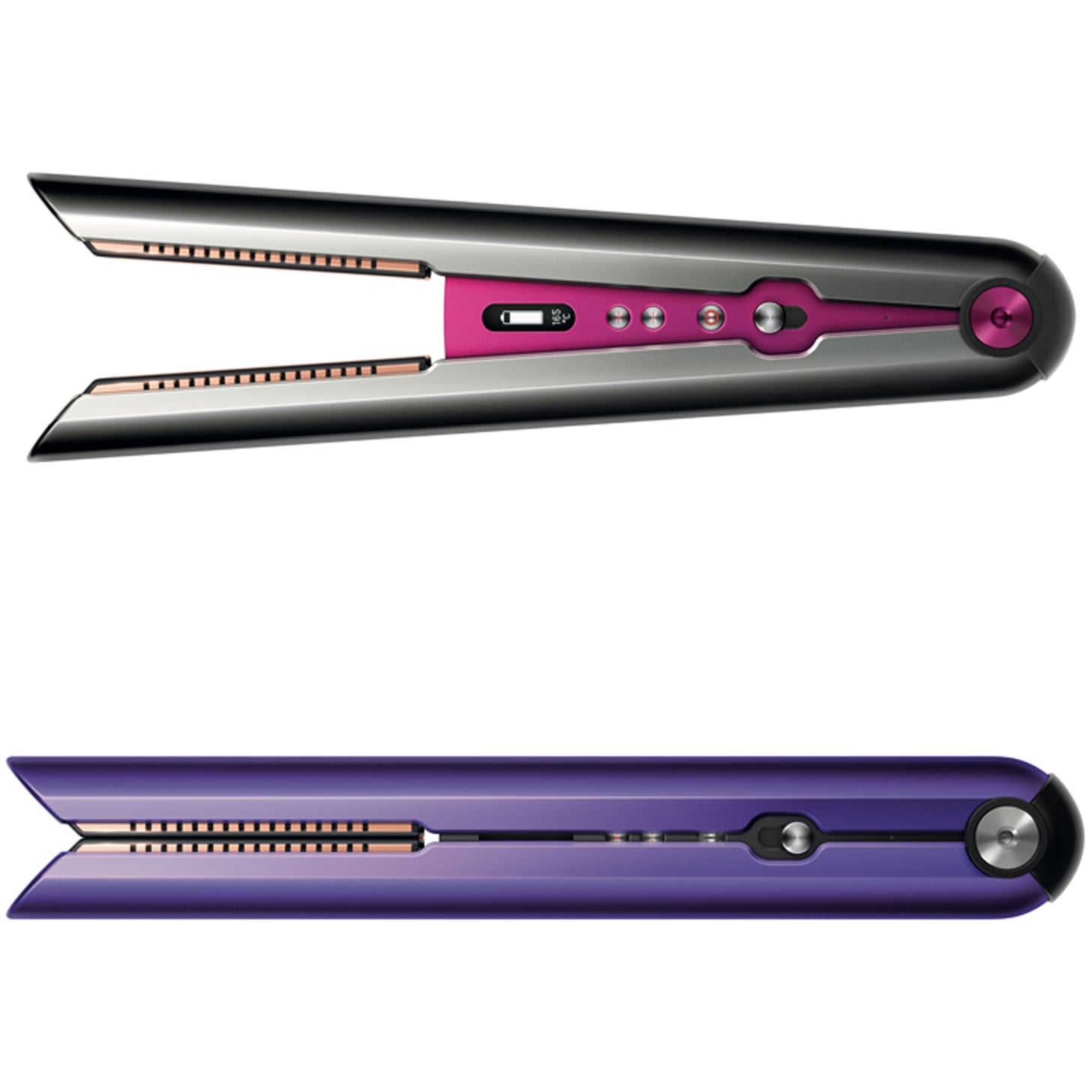 The Dyson Corrale Is the First Straightening Iron With Flexible Plates

The plates are to the Corrale iron what the bladeless fan is to every other Dyson device — they’re the main innovation. Unlike traditional straighteners, which feature stiff, rigid plates, the Dyson Corrale has flexible metal plates that are made up of six different metals and also feature tourmaline edges to help reduce static. Additionally, the plates are calibrated to close snuggly around the exact width of a strand of human hair (which is 65 microns in case you were wondering).

The plates truly are flexible. Separated from the iron — which Lup was able to show me during our meeting — you can bend them back and forth. How do flexible plates make this a safer and more efficient hot tool? Well, it started with the Dyson engineers trying to find out what exactly makes straightening irons so bad for your hair, and it all came down to the plates themselves — and, well, physics. 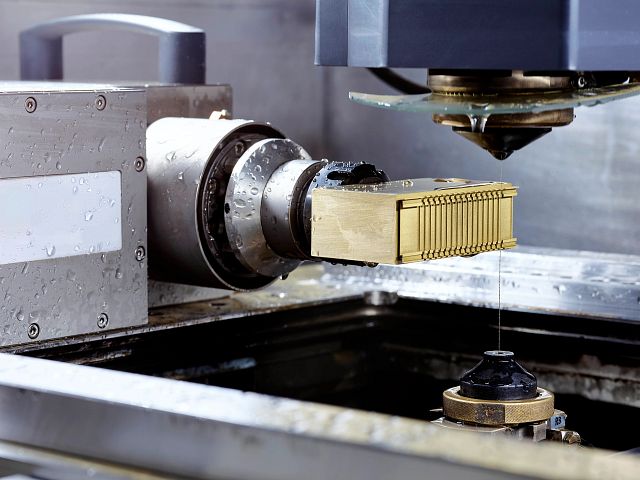 James Dyson put it much more scientifically in a statement he released via press release: “Flat hair irons apply tension and heat only on the thickest part of the hair tress, the strands at the edges are not clamped, leaving them slack, unheated, and leaving flyaways. It requires multiple passes on the same section of hair tress to give an even look, by which time excess heat may have caused reduced strength and less gloss,” he wrote. “We discovered that if the plates could conform to the precise profile of the tress, then with each pass we could apply the correct tension to all the hair strands. This means that we get an enhanced style and without excessive heat damage. We simply do not need the heat that others apply.”

In addition to less heat damage, the Dyson Corrale also creates less mechanical damage. This is due not only to the flexible plates that “wrap” around the hair, giving give you greater control, but also because of the manganese copper alloy coating, which reduces friction and allows the hair to glide easily between the plates. 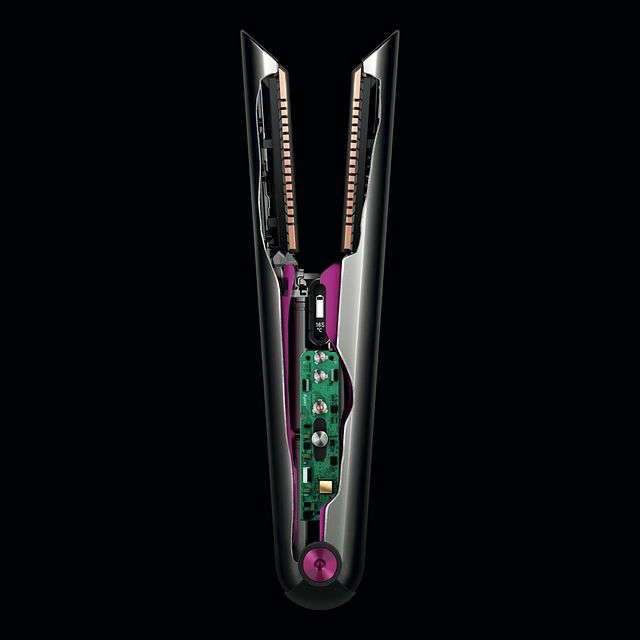 Like the brand’s newest generation of vacuums, the Dyson Straightening Iron is also cordless. Fully charged, you get 30 minutes of cord-free styling, although the tool can also be used in hybrid mode by attaching the magnetic cord (which, smartly, swivels a full 360 degrees so you’re not fighting with it while styling your hair). Charging the iron back up doesn’t take that long, either. In 40 minutes, the battery will be 90-percent charged, according to Lup, and it takes 70 minutes to fully recharge the tool. The Corrale comes with a handy charging dock, as well.

The battery is located in the base of the iron (see image above). Because of that, you may find the iron is a bit weightier than your average straightener. King swears, however, that because “all of the weight is in the hand,” it helps give him even better control while styling hair.

The straightener features three heat settings — 330 degrees, 365 degrees, and 410 degrees. “I’ve only used it at 210 once,” said King. [Editor’s note: 210 degrees celcius is 410 fahrenheit.] “Because of the flexible plates, the heat is more concentrated, meaning that you don’t need to turn it up so high [for most hair types].”

There is also constant communication between the platinum sensor in the tool and the plates. The sensor measures the temperature 100 times per second — more than any of the other Dyson tools — to ensure that the plates, a) remain a constant temperature across the entire surface, and b) don’t get too hot. While doing their research, the Dyson engineers found that while most existing straighteners have temperature settings, the real-time temperatures of the plates can fluctuate significantly.

The heat setting you choose primarily depends on your hair type — the thicker and coarser your texture is, the higher you will need the heat — but also what kind of style you want. “If you use it at 210, you’re going to take all the density and volume out of your hair and it will be stick straight,” added King. “If you want volume, then you use it on lower heat.” And speaking of hair type, the brand and King promise that it works on all hair textures. 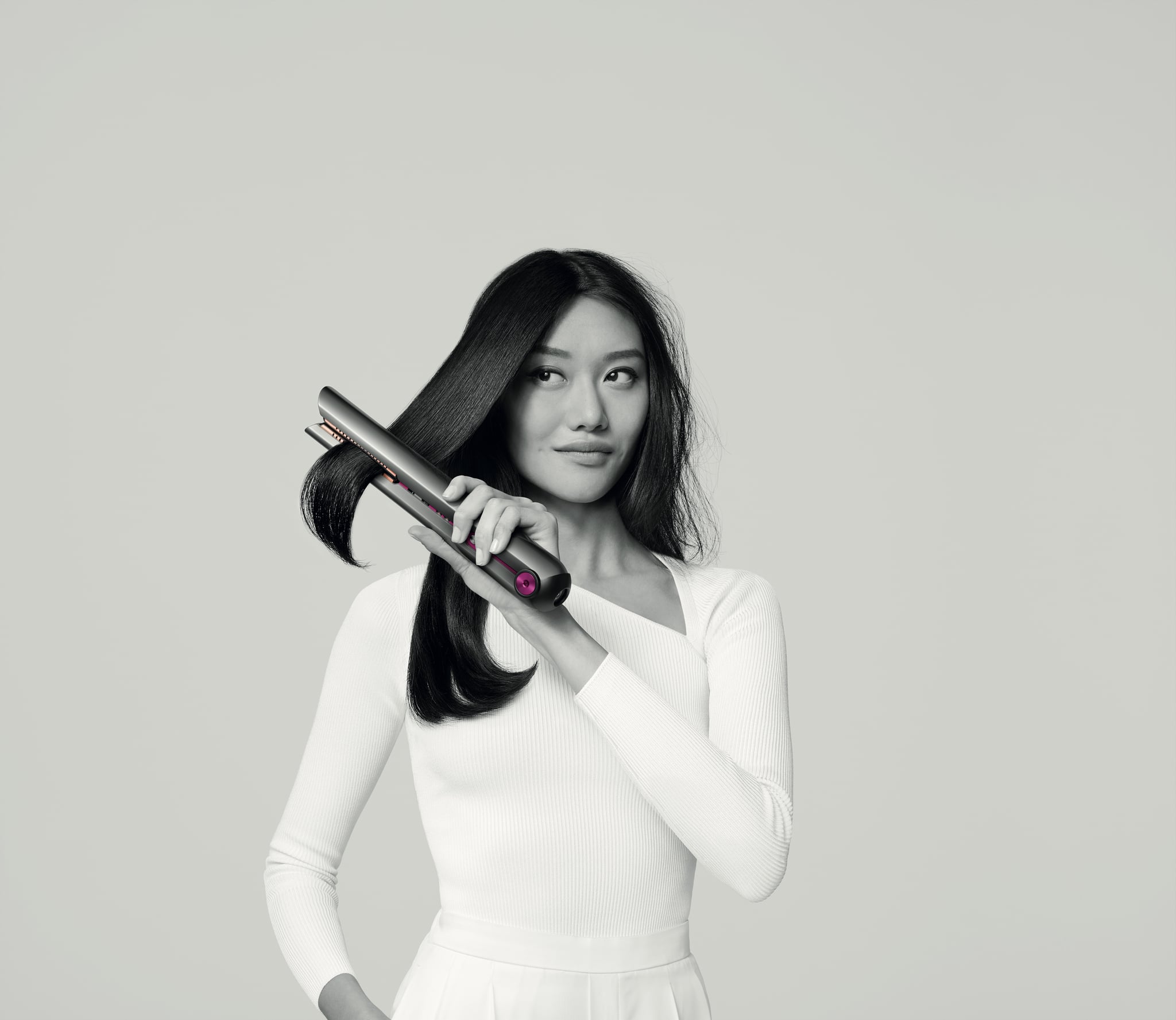 The Dyson Corrale Has Some Snazzy Safety Features

Dyson has incorporated some important features to keep your from burning yourself or setting the house on fire. The plates are recessed, so if you accidentally touch the sides of the iron, you won’t singe your fingers. There’s a button that tells you whether or not the plates are still hot (kind of like an electric oven), and it also comes with a heat-proof pouch that allows you to stash your iron in a bag immediately after using it.

The Dyson Corrale Straightener will be available starting now at Dyson.com for $500.

Where to Buy the Best Maternity Clothes for Mothers-to-Be

Beauty Charcuterie Boards Are a Thing, and While You Can't Eat Them, They Look Damn Good

Not to Be Dramatic, but We're Absolutely In Love With These Bohemian Box Braid Styles