The ACM Awards might have looked a lot different this year, but that didn’t keep the night’s big stars from bringing the heat. Country music’s biggest names came together, separately, for a fun and lively evening of music and unity.

As the first live awards show since the start of the coronavirus pandemic, the show’s slew of artists and singers belted out their performances from different iconic locations across the city of Nashville, including the Grand Ole Opry, the Ryman Auditorium and the Bluebird Cafe.

With an inspiring opening monologue from host Keith Urban, which infused the night with hope and unity, to some beautiful, impressive performances from dozens of different superstars, this year’s ACM Awards proved that an audience isn’t actually necessary to have an incredibly entertaining awards show.

Here’s a look at all the best performances and powerful speeches from Wednesday’s big show that you’ll still be thinking about tomorrow.

Kicking Things Off With a Cross-City Opening Medley 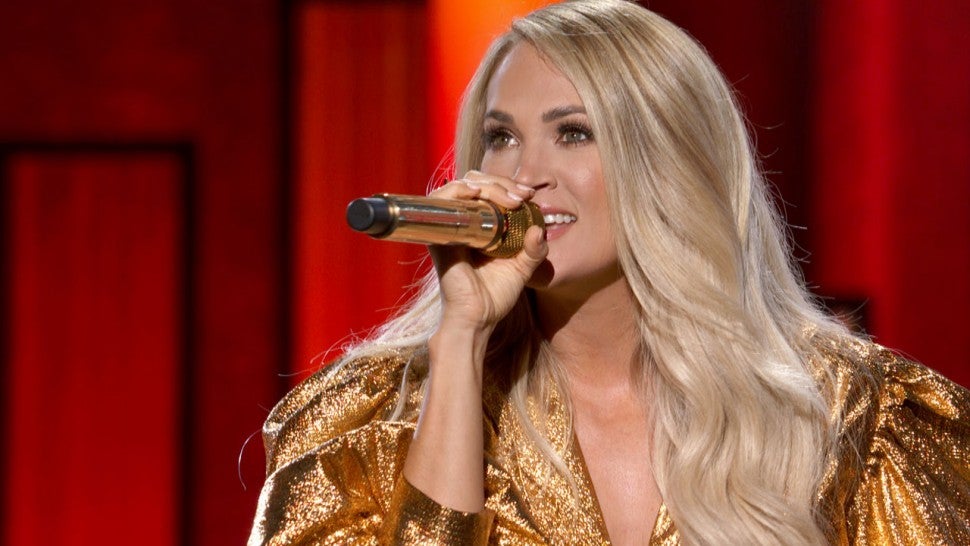 To start things off in a big way, the ACM Awards turned to Luke Bryan, Eric Church, Luke Combs, Thomas Rhett and Carrie Underwood to perform a fun medley of some of their biggest hits. The performances were held at different locations across the historic city, and perfectly demonstrated how the show’s ambitious efforts to pull off a live, safe show came together.

Keith Urban Opens the Night With a Message of Hope

.@KeithUrban is in the house! 🔥 We're so excited to have him as our host of the 55th #ACMawards from Nashville! pic.twitter.com/JGAl8VthVU

Urban took the stage at the empty Grand Ole Opry and used the platform to address the many difficulties the world is facing, from “horrific wildfires” on the west coast to the threat of devastating hurricanes off the gulf coast. “We want to send our love, thoughts and our prayers out to everyone of you affected right now,” Urban shared. “And of course we are still in the midst of trying to fight two pandemics: COVID-19 and social injustice. Far too many lives have been lost to both.”

“The example set by our essential workers, our first responders, along with the voices crying out for equality in all walks of life, have echoed around the world and right here in our country community. They inspire us to come together, and work together, to address these challenges,” Urban continued, before explaining how music, especially the storytelling power of country music, can help people feel better and come together.

🐦 @MirandaLambert, Natalie Hemby, and @lukedick performing "Blue Bird" from the iconic @BluebirdCafeTN at the #ACMawards was one to remember. Tune-in to @CBS right now and don't miss any more! pic.twitter.com/HgrviO61i8

Wearing a blue velvet shirt with fringe and sparkles, a studded belt and hoop earrings, Lambert performed a flawless, stripped down version of her single “Bluebird” from the most appropriate location — the famed Bluebird Cafe! It was a wonderful moment of serendipity.

This duet just melted hearts all over America, @BlakeShelton & @GwenStefani ❤️ The #ACMawards are LIVE now on @CBS and @CBSAllAccess! pic.twitter.com/UusFBW57OY

The pair certainly looked happy to be performing together during their first-ever appearance together at the ACM Awards, where they sang their new single, “Happy Anywhere,” in front of a green screen. “Gwen and I wish that we could be in Nashville tonight, but we couldn’t,” explained Shelton, who is currently in Los Angeles with Stefani for production on The Voice. “But, through the magic of television, voila! Welcome back to the Bluebird Cafe, everybody,” Shelton said, as he snapped his fingers and the legendary country music local materialized on the screen around them. The love birds looked lovingly into each others eyes as Shelton strummed his guitar and the pair serenaded one another with their romantic, idyllic tune.

Later in the evening, Shelton took home the award for Single of the Year, for his song “God’s Country,” and he sweetly thanked Stefani in his heartfelt acceptance speech: “Thank you to the fans and thank you Gwen Stefani for continuing to encourage me to keep doing this and keep trying and being my inspiration.”

.@CarrieUnderwood brought the house down with her showstopping #ACMawards performance! Turn on @CBS now and don't miss any more of the show! pic.twitter.com/UAWPiZ0c1H

the 37-year-old singer honored trailblazing female Opry members by performing a medley of songs by Patsy Cline, Loretta Lynn, Barbara Mandrell, Martina McBride, Reba McEntire and Dolly Parton.  Wearing a tea-length, pink dress, Underwood began her time on stage by expressing how much each of the women mean to her. “Patsy and Loretta. Martina and Barbara. Reba and Dolly. These strong voices have echoed down to me and all of the other female artists who stand on their shoulders,” she said. “They are some of my heroes, and I’m so honored to stand alongside them as a fellow member of the Grand Ole Opry.

.@lukecombs performing #BetterTogether from the @BluebirdCafeTN gave us All. The. Feels. ❤️ There are still plenty more performances still to come on @CBS or @CBSAllAccess! pic.twitter.com/H962P10Byu

When it came time for his performance, Combs addressed the difficult year that’s passed and the thing that’s brought him joy amid the darkness. “I know it’s been a crazy year for everybody, ]but] there have been bright spots I’m sure for all of us. And one of the biggest bright spots in my entire life was getting married this year,” Combs said, before his performance of “Better Together,” which he wrote for his wife, Nicole Hocking. Later, Combs thanked his wife for her support when he took home the award for Album of the Year for What You See Is What You Get.

Taylor Swift Returns to Her Roots

We'll have you, and we want you, @taylorswift13! It is so great to have Taylor back on the #ACMawards stage. Tune-in to @CBS to watch the show now! pic.twitter.com/nchgiiYzAV

Swift returned to the ACM Awards for her first performance in seven years, and delivered a heartfelt and moving performance of “Betty,” off her smash hit new album, Folklore. The 30-year-old superstar belted out the tune from the Grand Ole Opry — simply sitting on a stool and strumming a guitar. However, she didn’t need anything fancy to be magnetically captivating.

If you aren't watching the #ACMawards right now, you're missing out! @MickeyGuyton just gave us a tear-jerking performance at the @opry. Turn on @CBS right now! pic.twitter.com/HGUYP7Q5zk

Guyton — who looked radiant in a pure white gown that showed off her burgeoning baby bump — delivered one of the most powerful numbers of the night with a rendition of her song, “What Are you Gonna Tell Her.” Backed by Keith Urban on the piano, Guyton belted out the heartbreaking tune with stunning emotion that would have likely received the biggest standing ovation of the night, if there had been an audience

Pink and Keith Urban Have ‘One Too Many’

Can I get an "AMEN" 🙌🙌 @KeithUrban and @Pink were absolutely amazing. The party is still going over on @CBS! #ACMawardspic.twitter.com/M3wG24EKJX

When he wasn’t busy hosting, or playing piano for Mickey Guyton, Urban teamed up with Pink for a fun performance of their tune, “One Too Many.” A mesmerizing display of colors served as the backdrop for the performance, while the country star, dressed in all black, jammed out on the guitar, and Pink took the mic in a floral dress and leather jacket.

Thank you @trishayearwood for the beautiful In Memoriam performance at the #ACMawards, live now on @CBS. pic.twitter.com/Mkvv8CAP8X

The country songstress took the stage toward the end of Wednesday’s show honor country music stars who’ve died over the last year for a heartfelt “In Memoriam” performance. “This year, the country music world lost some cherished members, from a fiddler and a gambler, to a cricket and a ‘pickup man;’ from a Statler brother, to “The one you slip around with.” We also said goodbye to the talents who wrote the songs, the musicians who played them, the executives who fostered them, and the radio D.J.S who promoted them. This song is for those friends and everyone whose earthly presence is missed, but whose memory will be with us for all time,” Yearwood shared, before delivering an emotional rendition of her song, “I’ll Carry You Home.”

When it came time to announce the night’s big category, Entertainer of the Year, no one was expecting the twist that closed out the show: a tie! The award went to Thomas Rhett and Carrie Underwood, who were both stunned and baffled by the unusual development. “2020, man,” Underwood quipped with a laugh as she accepted the award. “I am more than happy to share this with Thomas Rhett and just to have my name mentioned with his… I am beyond honored.”

Check out the video below for more on this year’s ACM Awards!