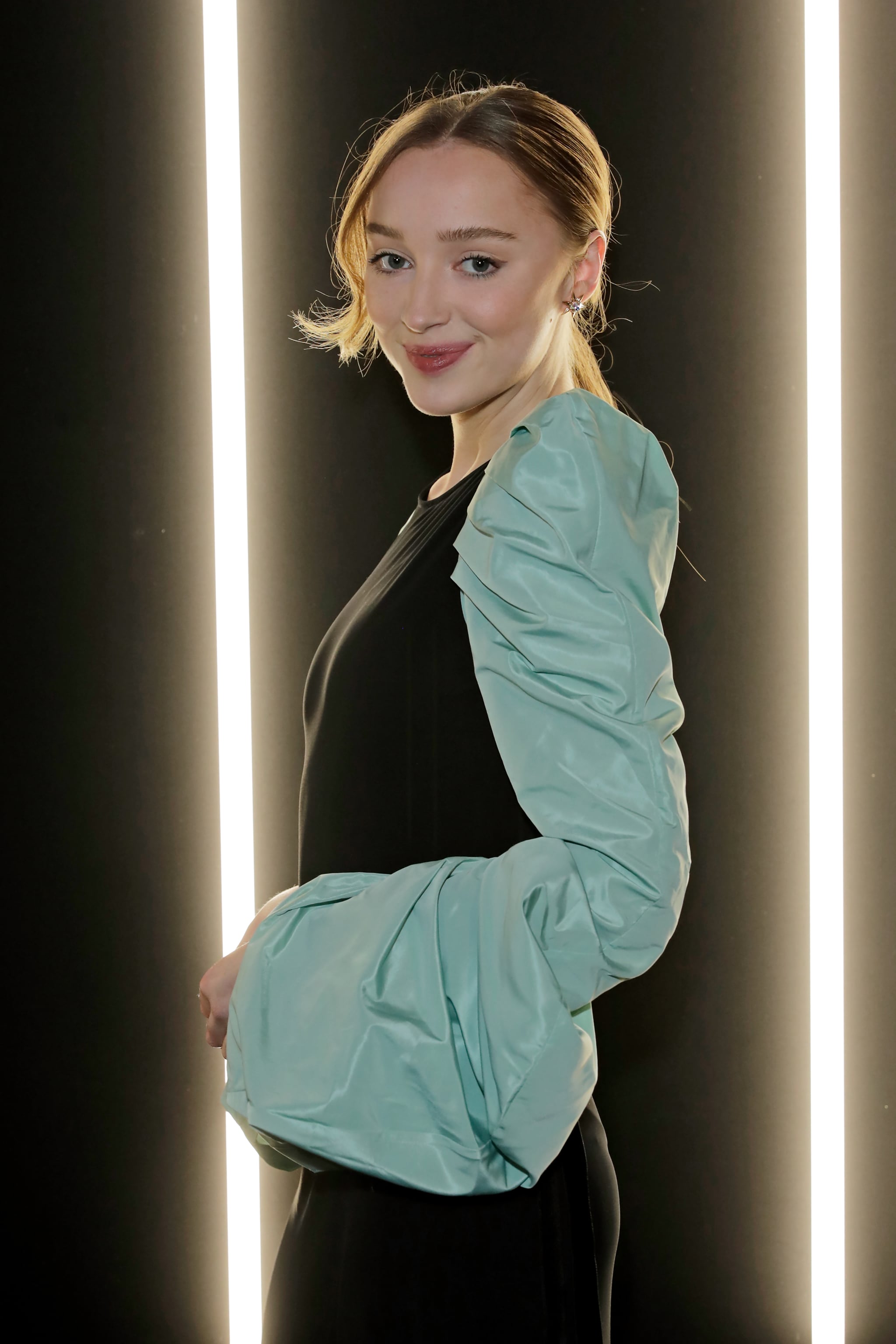 Much like her Bridgerton character in Regency London, Phoebe Dynevor has made a quite a splash in the Hollywood dating pool. One could say she’s the diamond of the season.

Now the buzz is all around her speculated relationship with Saturday Night Live comedian Pete Davidson, who, being the funny man he is, low-key confirmed the dating rumors over Zoom to a group of college students. Typical Pete, right? While participating in a virtual Q&A with students at Marquette University, Pete giggled, “I’m with my celebrity crush,” after one student asked who his celeb crush is. Talk about bombshell news. He didn’t reveal a name, but given the flurry of news and evidence surrounding the pair in recent weeks, the odds are pretty high he was referring to Phoebe. However, unlike Daphne Bridgerton, Phoebe does have a dating history, and a very interesting one at that. Let’s promenade down memory lane shall we?

During her days on the British drama TV series The Village in 2014, Phoebe was connected to recruitment executive Simon Merrill. In 2017, she told the Daily Express about a trip they’d taken to Southeast Asia. “Last year my boyfriend and I went around Thailand, Indonesia and Vietnam. It was amazing. He’s half Thai,” she said in reference to Simon. “And we went to his family’s village. His grandma, aunt and uncle are still there, and it was a really incredible experience.”

It’s unclear as to when the couple split, but we can confirm it was prior to spring 2017, which is when she and fellow British actor Sean Teale made their relationship Instagram official. While passionate, it seems as though their coupling was short-lived. Phoebe’s Instagram is scrubbed of evidence and Sean’s last photo with Phoebe was posted in August 2017.

And because we know you’re still curious, dear reader, no, Phoebe and Regé-Jean Page, Phoebe’s Bridgerton costar, never had an offscreen romance. However, Regé-Jean might have played cupid for Phoebe and Pete. We’ll leave you to ponder that one over.

Leah Messer: Is She Still Involved With That Creepy Cult?!