50 Cent and Chelsea Handler dated years ago, but that hasn’t stopped talks about them getting back together. Handler signaled earlier in November that she wasn’t totally opposed to the idea of reconciling with the “In Da Club” rapper. But what about 50 Cent? Here’s more on the situation between them and what 50 Cent said in response to his ex. 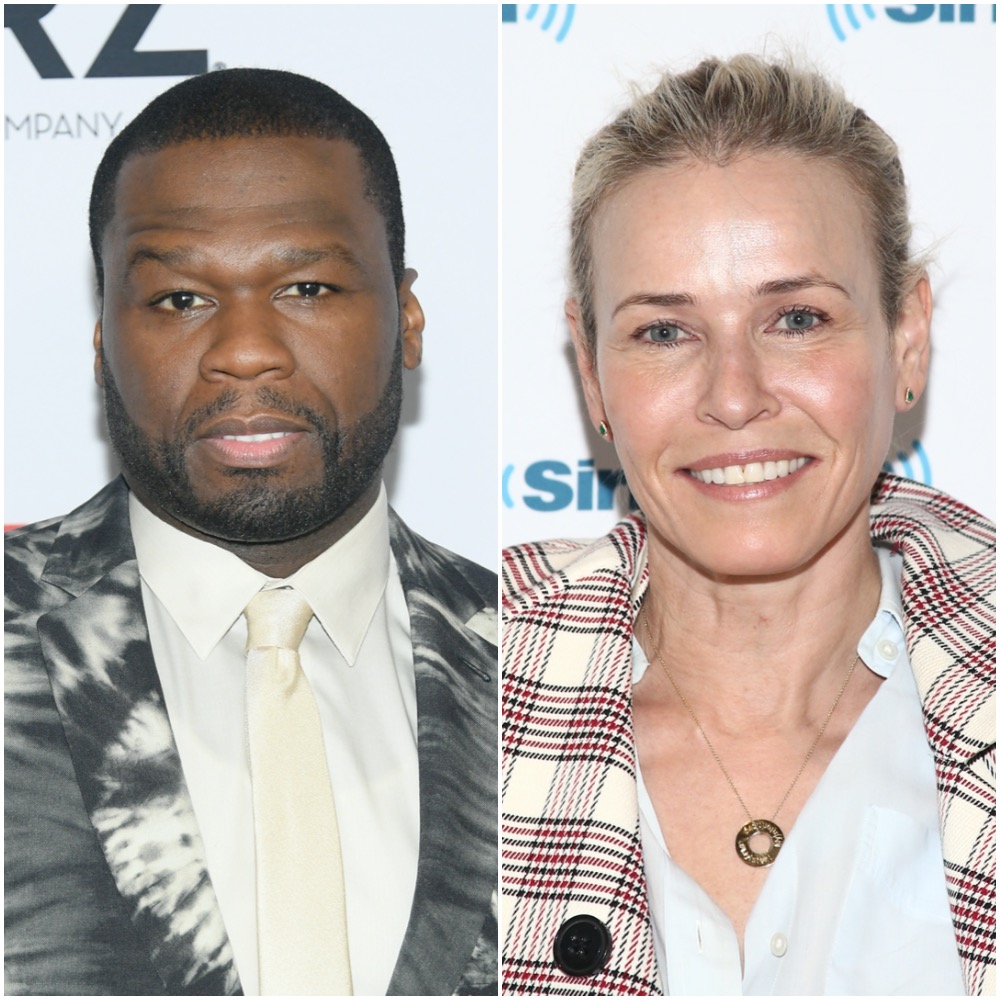 50 Cent and Handler haven’t dated since 2010, but they made the news in October after the comedian called him out for seemingly endorsing President Donald Trump in the 2020 presidential election. A fervent Trump critic, Handler said she would even award him if he changed his mind.

“I am willing to seal the deal in more ways than one if he changes his mind and publicly denounces Donald Trump. I might be willing to go for another spin if you know what I’m talking about,” she told The Jimmy Fallon Show.

At some point, she and 50 Cent got on the phone to discuss her comments, where Handler floated the idea of a reconciliation.

“We spoke the other night and I jokingly said, ‘I’m ready to get back together or possibly go for another spin…’ and he was like, ‘Hey, were you serious about us getting back together?’ And I was like, ‘Yeah, totally! I’m open to anything!’” she recalled on The Drew Barrymore Show on Nov. 2.

“So, who knows? Maybe I’ll get back together with 50,” Handler continued. “He actually got a kick out of me, he gets my humor, and he likes it and finds it attractive, not like, a turn-off!”

Unfortunately for her, 50 Cent ruled out a reconciliation

50 Cent was in an Extra interview published on Nov. 16, when host Billy Bush questioned whether he would be open to a romantic reunion with Handler. “Why not another round?” asked Bush. “You guys seem like an amazing couple… Any chance of that?”

But while reconciliation might be off of the table, 50 Cent showed he still has plenty of love for Handler. “Chelsea’s a good friend of mine. Whatever she says is fine with me. I don’t care what she says. A part of her show is almost to be unpredictable, and unpredictability is what makes a comedian,” he added.

Handler has yet to address his comments. But knowing her, she’s probably not sweating it.

BET Awards To Be Held Virtually On June 28

The 1975 Delay Release Of Upcoming Album Once Again