Mere days after Aaron Carter and Melanie Martin became parents to a baby boy, the singer announced they’ve ‘decided to go our separate ways’ and accused Mel of ‘betraying’ him by speaking to his estranged family.

“Due to personal reason(s), Melanie Martin and I have decided to go our separate ways,” Aaron Carter tweeted in the early hours of Nov. 30. The news came a week after Aaron, 33, and Melanie welcomed their first child together, a son named  Prince Lyric Carter. From there, things got ugly – fast. Aaron accused his twin sister, Angel Carter, of “communicating w my ex-fiancé” and that “ruined everything, considering [Melanie] knew what angel tried to do to me in court. Thanks, Angel. You ruined my family. God bless.”

“I have the most conniving deceiving family,” Aaron tweeted. For years, Aaron has clashed with his sister, Angel, brother Nick Carter, and Nick’s wife, Lauren Kitt. Aaron accused Melanie of “lying to me the whole time [by] communicating with my twin sister and the family members who tried to put me in prison and who tried to get a conservatorship on me in court. I’m in shock. This is horrible.” In another tweet, Aaron said that Melanie “she knew my boundaries and especially not to speak to a certain half of my family.” However, he didn’t go into specifics as to what Mel allegedly said.

“I’ve never felt more devastated and betrayed and lied to in my entire life this is such a horrible situation considering Prince doesn’t deserve any of this, and now it’s my job to just be a single father, and that’s what’s gonna happen,” said Aaron. During the Tweet-storm, the “I Want Candy” singer also referenced the restraining order his brother filed against him over allegations that Aaron “harbor[ed] thoughts and intentions of killing [his] pregnant wife.” Aaron has denied the allegations. 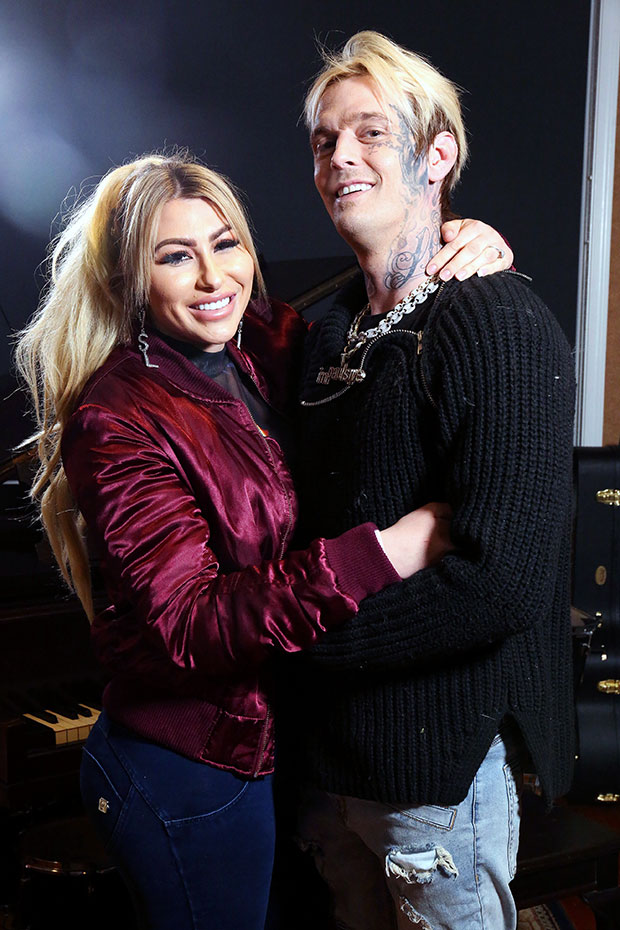 Aaron also claimed that Melanie “told me she’s leaving [to] Vegas with her friend Carmen [Nys] from 90 Day Fiancé. … seems she’s had a back up plan this whole time. Oh, and [she] said I’ll never see my son again.” Carmen Nys denied this accusation in videos and a statement posted to her Instagram Story. Roughly nine hours after Aaron began this tweetstorm, he ended it with a statement. “Mel and I appreciate the support and concern we have been shown. We both will continue to make Prince our priority during this difficult time.  please be respectful while we transition and navigate this unfortunate situation. #HeartBroken.”

This drama has come on the heels of what was good news for Nick and Melanie. The couple announced on Nov. 22 that they had given birth to their son. “13 hours of labor but my fiancé is in great health thank you lord and the incredibly sweet loving staff here,” Aaron wrote on Instagram. “Prince is precious I love you, son. Your mommy loves you as I drop tears on the phone. This is me cutting his umbilical cord. My precious family.” ‘

Demi Lovato Has Done Heroin Since Her Near-Fatal 2018 Overdose

Nolan Gould Stocks Up at the Famers Market