Aldis Hodge is on a roll. Following the Oscar-nominated One Night in Miami, there’s the upcoming superhero film Black Adam, a revival of TNT’s television series Leverage, and much more. Plus, he’s killing it as Assistant District Attorney DeCourcy Ward in Showtime’s City on a Hill. Exec produced by Ben Affleck and Matt Damon, the police procedural follows Ward’s attempts to clean up police corruption in ‘90s Boston, exemplified by Kevin Bacon’s thoroughly bent cop Jackie Rohr.

DEADLINE: City on a Hill has some pretty extreme racism, police brutality, corruption, a lot of stuff that we’re thinking about and talking about now more than ever—what did you think when you first read the script? 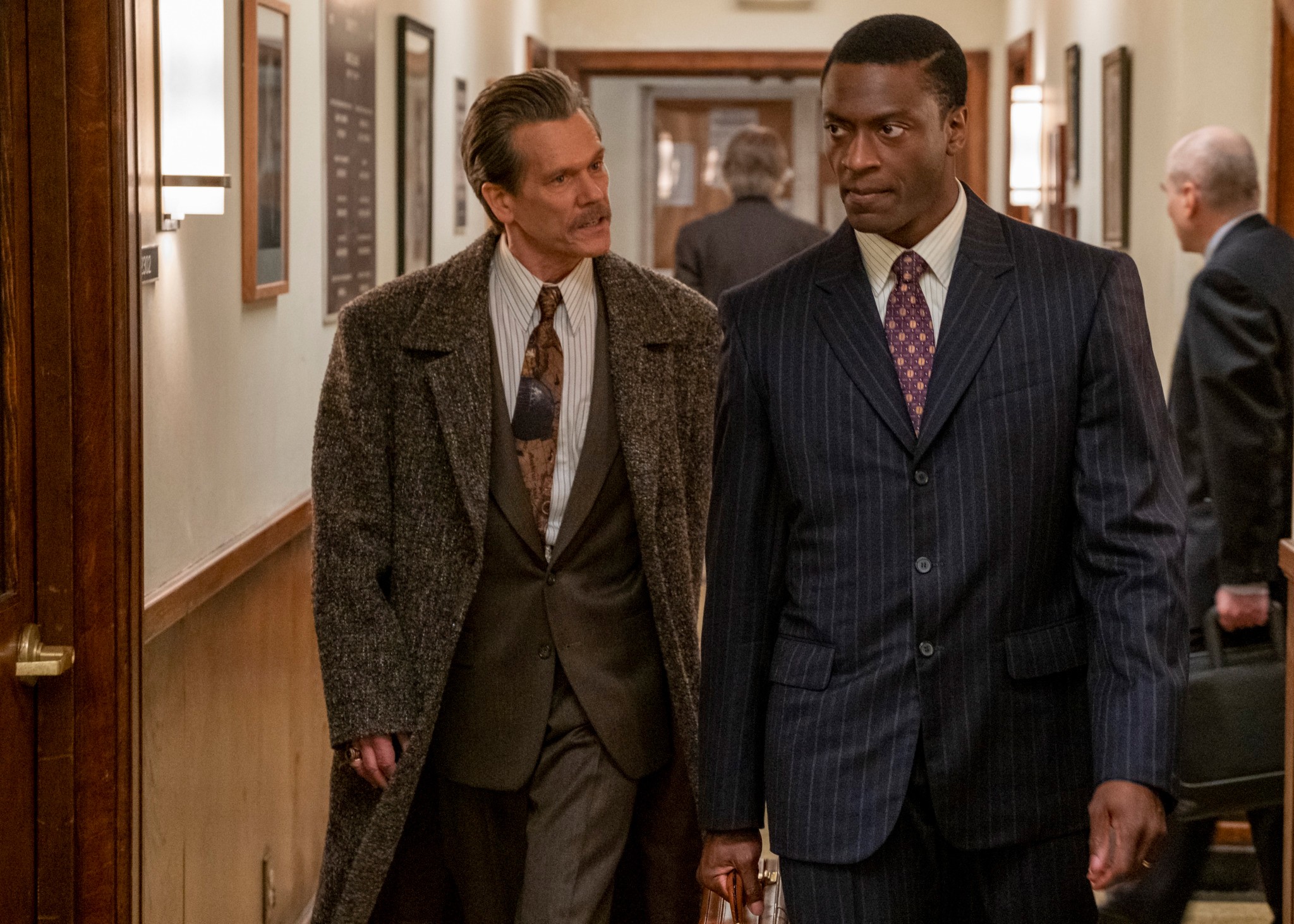 ALDIS HODGE: Well, there’s a different sort of responsibility in a way that hits me personally when it comes to dealing with projects that touch on this subject matter. My primary goal is to touch on the subject matter appropriately. And with a degree of sensitivity towards the people that are going to be primarily affected, which is the Black community, so there has to be a voice of authenticity behind that. When I first read the script, I noticed areas where I felt like I could be effective in helping to mold that narrative with certain points when it came to Black culture, and the perspective of Black community in the show. And I was just lucky enough that when I spoke to the creator, Chuck MacLean, and the director of the episode, and executive producer, Michael Cuesta, and I said, “Guys, here are some of the changes I think we should consider making, and this is why. This is how it will be taken in terms of the show overall, things that we want to consider, and how we’re perceived, we might want to look at it this way.” They really opened the door to listening to me. That, honestly, is what sold me on stepping into the show because I knew the show was written really well, Chuck MacLean does a fantastic job, he’s a great writer. But I look at a show is like, “Alright, five or six years into this, am I going to be happy going to work on a regular basis? Will I be able to have a stance to be a part of the team, have a say, be able to really contribute?” And I knew that before we even signed the deal, that was our first conversation about culture, about certain things, how they’re taken, and my relationship with my wife in the show. They really did allow me to have a voice, which is what made me feel comfortable. 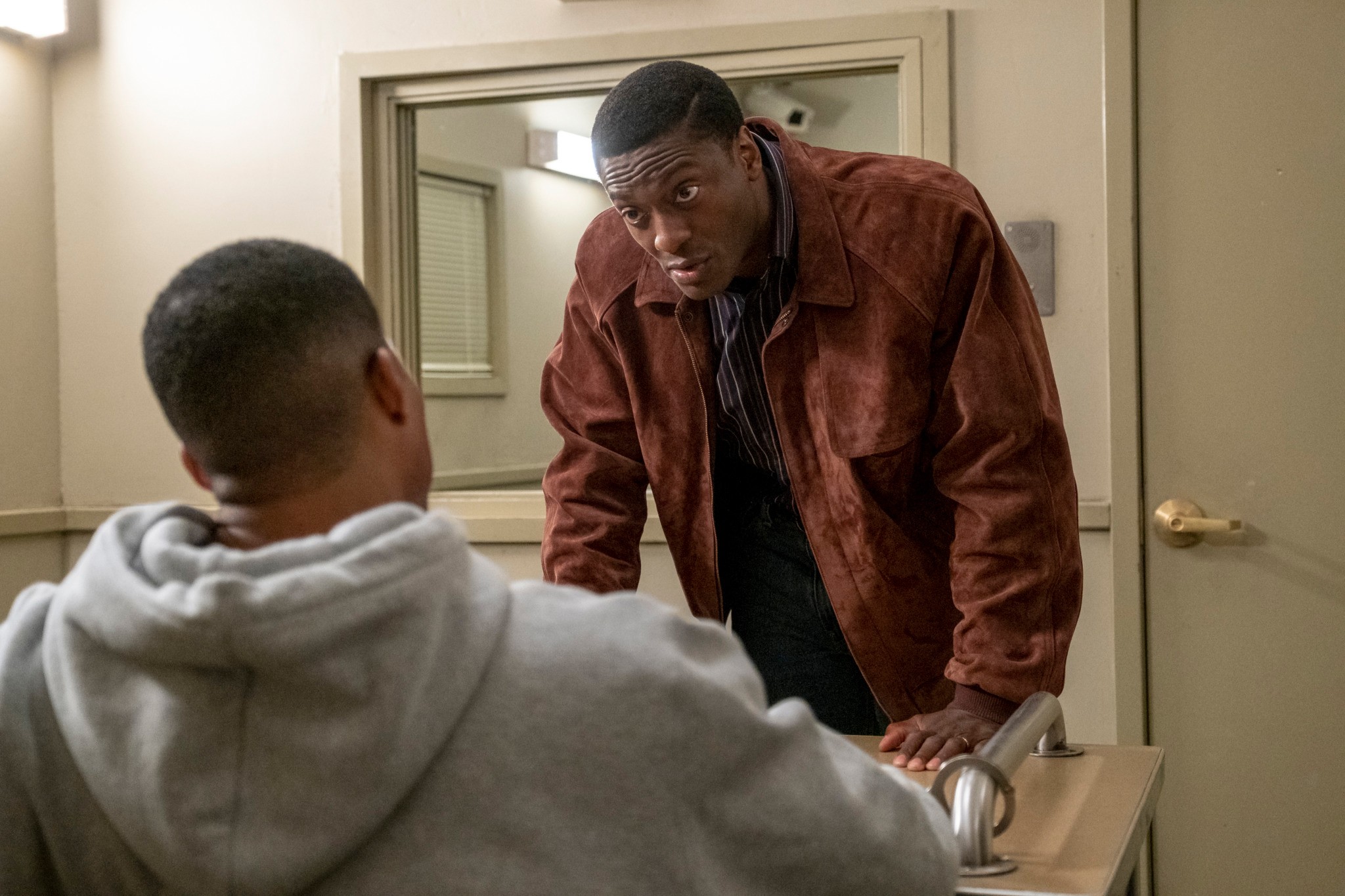 Generally, when it comes to touching on subject matters like this, when it comes to projects, the door should always be open to those who are affected most deeply, most immediately, and most personally, because we are the ones with the honest perspective on how we view it, how we handle it. And I think also how we can get through it and challenge it. We’re always going to have a far greater degree of honest perspective because it’s a daily lived experience, and they respected that.

DEADLINE: Something that really strikes me about this show is I keep forgetting it’s set the ’90s, not the present day. Does it seem that way to you?

HODGE: Yes, indeed. What I continually discuss with the team in terms of how we approach certain subjects is, I say, “Guys, we have to realize what we’re talking about here and now, is still happening today. The only thing that’s really changed is the technology.” But it’s frustrating how we’re continually treated, how the law continues to work against Black and brown people, how we’re dealing with police relationships and the abuse of power with certain people, the use of power with certain people, and how there are others who are trying to change the system. It’s all still happening today… It’s something which would have progressed far more, but there’s a reason it has not progressed in favor of the underdog, and that’s what we have to keep talking about, and that’s what DeCourcy continues to fight for in the show, because he himself is the underdog. 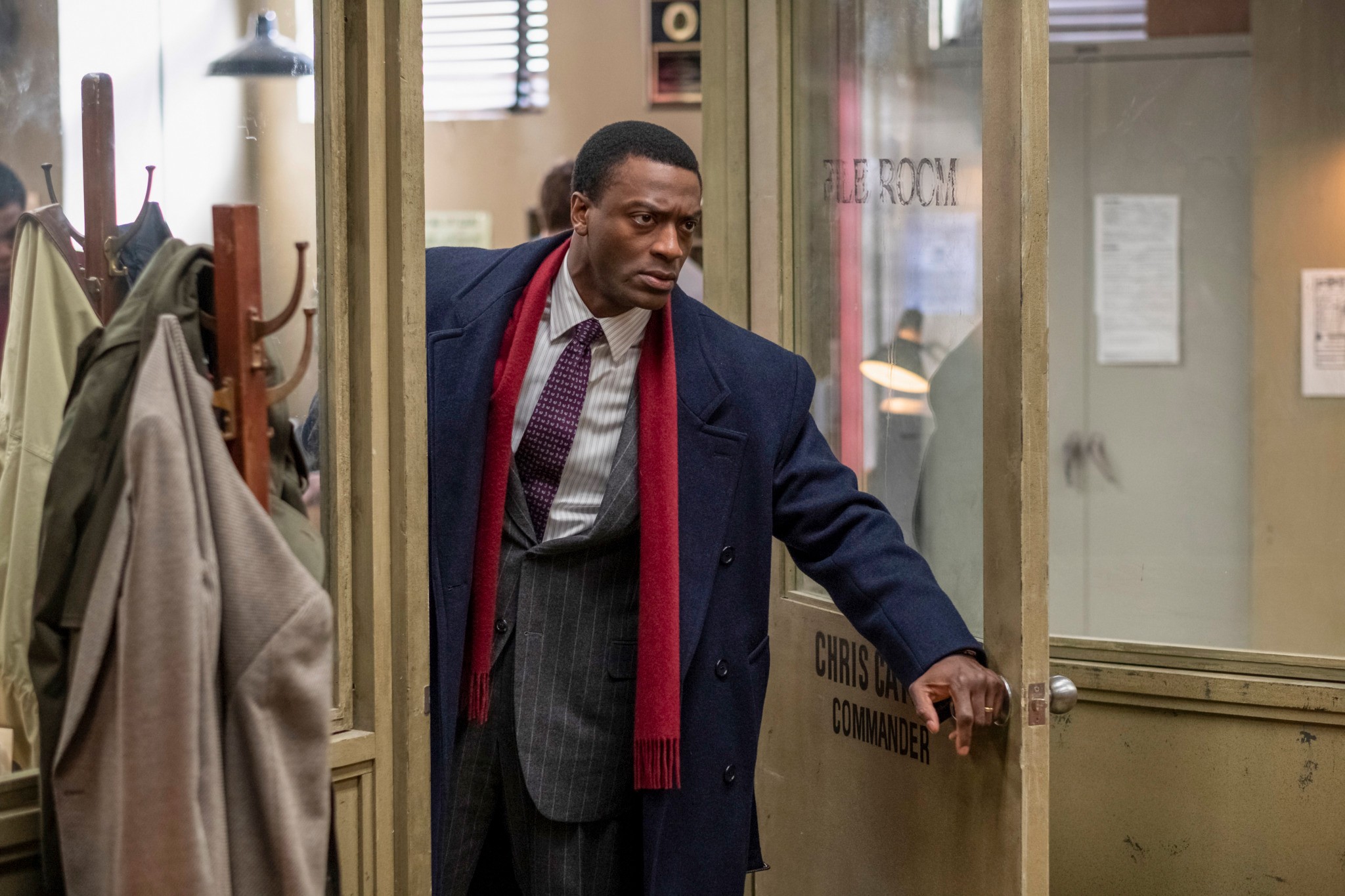 DEADLINE: DeCourcy is a man with the ultimate integrity ansd even when his wife gets shot he won’t let Jackie hurt the shooter—his moral compass seems unshakeable.

HODGE: Yeah. He’s earnest and raw about what his moral compass actually is. Now, how he executes his agenda… He tries to maintain who he is as much as possible without letting his environment change him, but when you’re swimming with sharks, sometimes you got to be a shark, and that’s the deciding factor. That’s tough for him, because he doesn’t want to lose who he is, to play this game and to win this game. He wants to beat them at their own game, his own way, by maintaining who he is, because at the end of the day, if he becomes them, if he starts being devious and malicious just to win the war, then he’s actually lost everything, because now, he’s like them.

DEADLINE: Obviously, you’re not face-to-face with Kevin’s character all the time, but you guys play two sides of a coin—if DeCourcy’s good, then Jackie is for sure, evil.

HODGE: Yeah. I feel like, in truth, there’s always a little bit of good and bad in everybody. It’s a little bit harder to see with somebody like Jackie, but I like the fact that they balance each other out. I think, personally, I’ve always envisioned these two men as being cut from a similar cloth, but they just execute very differently… They’re both two really big beasts. Two Titans in a ring, sparing and duking it out. That’s why there’s a sense of understanding. They don’t trust each other, but I think there’s a level of respect, to a certain degree. That’s the fun of being able to knock out these characters. I love the way Kevin has built out Jackie Rohr. 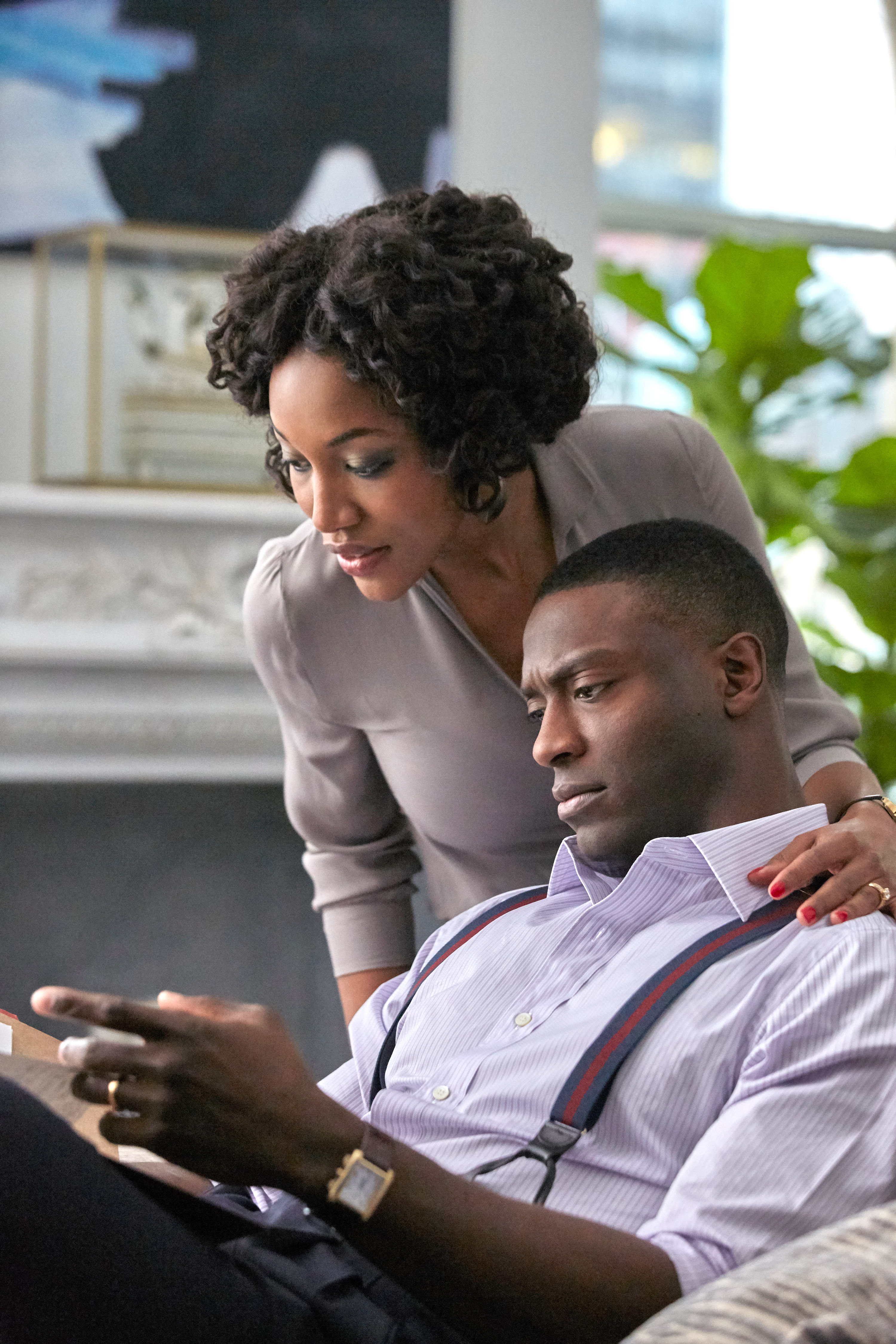 DEADLINE: I also love Decourcy’s relationship with Siobhan (Lauren E.Banks)—what did you draw on to create their dynamic?

HODGE: My sense of the relationship there is, they’re different people, but what does a home and family life look like for two Black people, especially in this particular time and how they’ve managed their relationship along with their contrasting careers, that sometimes pit them against each other. Can they still manage their careers, but put their relationship above their careers? And respect one another and put the relationship above the impatience of the goal of the career at the end of the day. That’s something we worked on. I’ve been very active and vocal when it comes to their relationship, and when it comes to Siobhan and how she’s perceived as a Black woman, because she’s the only one on the show. So, we’re going to have to put her out there. We know that she’s representing the Black female audience. I want them to have someone to look to that they’re proud of when they watch the show. I know that her presentation is indicative of that audience, is indicative of my mother, my sister. So, I want them to see someone they’re proud of. So, as it goes deeper into the relationship, I want to make sure that, regardless of what’s going on, these two have a degree of love and truth, but also honesty, because I also know what goes on in the Black household. There is just a rhythm and a spirit there that can’t be fabricated. So, we talk about it often, and, again, they allow me my space and Lauren her space to add what we want to add, to what their relationship is, to make it warmer, to make it more natural, to make it more honest. We get what we get out of it, but it’s still growing and evolving. I’m happy that we just get the space to allow it to continue to evolve. 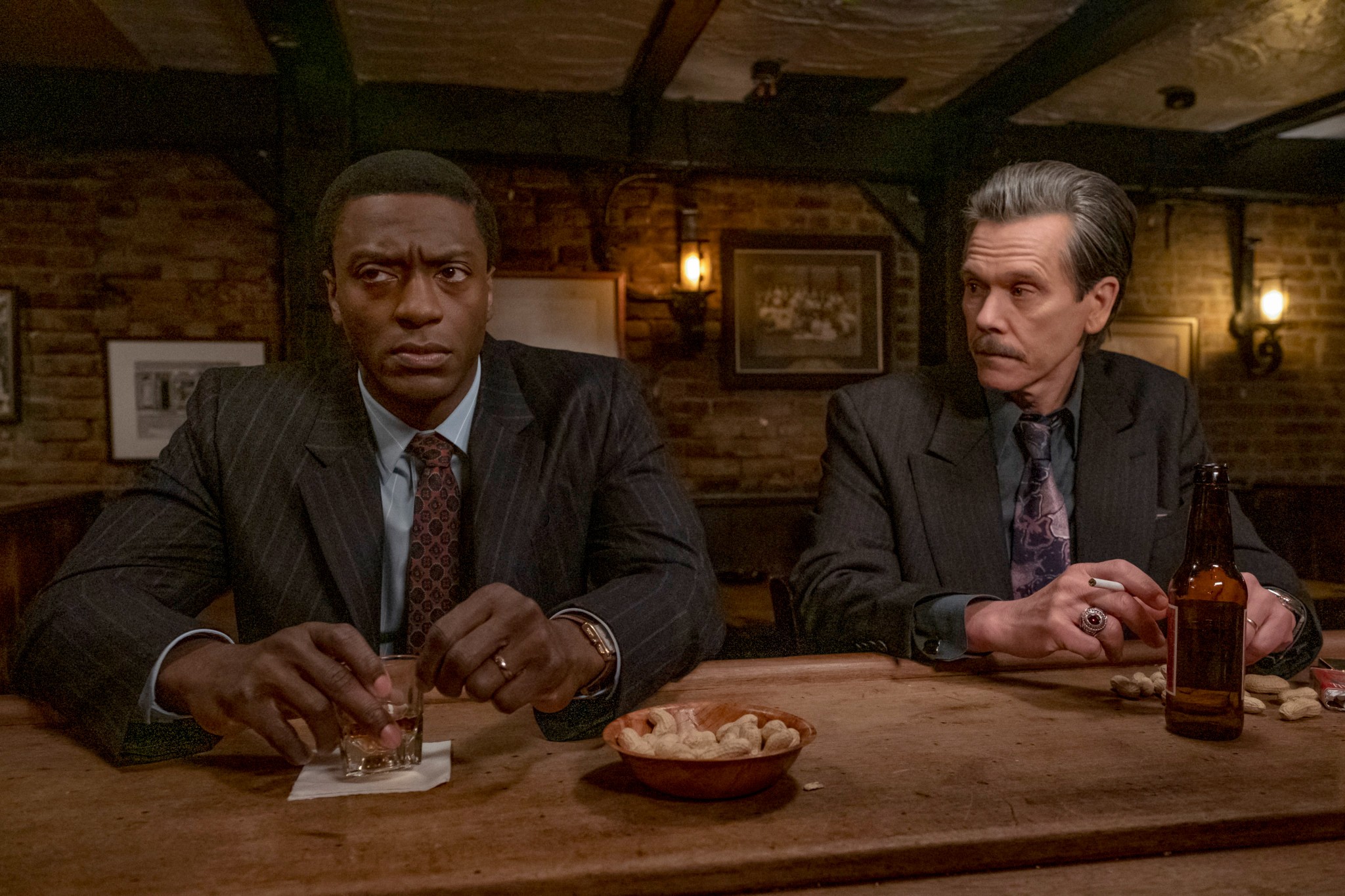 DEADLINE: Are you a writer yourself? Are you thinking about writing on the show?

HODGE: I am a writer. I’m an executive producer on the show. I haven’t written any episodes yet, but I do go through every script. I’m actually working on a few things, just a few ideas, early story ideas, for discussion for Season 3, if we come around to Season 3. That’s what I’m doing now.

So, we’ll see what happens. We’ll see if they think these ideas are great, or if they chuck them in the trash, if they think it’s crazy. For me, the relationship we have with the audience is paramount. We do that through, not always even what we say, but how we build out the characters and the value of the characters. What they represent, what they stand for. I’m aware, especially, hyper aware, when it comes to Black people on camera, what that means to the audience that’s watching. Of course, not just the Black audience. Black people on TV teach other people their perception of Black people, if they have not engaged Black cultures. So, we have to make sure that the variations that we are putting out there, our character studies, are enough and experienced and nuanced enough to give as much of a positive perspective and honest perspective of Black people, as we have always seen the negative perspectives. You know what I mean? We have to balance it out.

HODGE: All I can say is that it’s going great. I feel awesome about it. Honestly, every day, we get to see something new, whether that’s a costume or the choreography, or they built a new set or something like that. It’s just blowing my mind. I’m a kid in a candy store over here. So, I’m really excited about this. I just can’t wait until it comes out.