Anthony Mackie usually plays Sam Wilson of the MCU pretty seriously and soberly, but in real life, he’s known for joking around on set. He even razzes people for turning down roles, ending up in work for him.

This and many other factors about Mackie came to light in a video for Vanity Fair in which Mackie gave an overview of his career. A few other MCU stars have done these videos too, including Scarlett Johansson and Natalie Portman, but fans have praised Mackie for being forthright and genuine 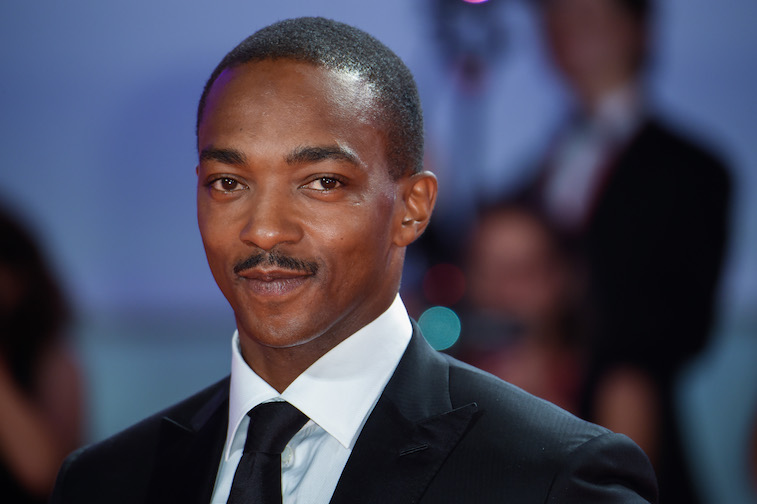 Anthony Mackie takes his career seriously but laughs while doing so

Mackie has been studious about his career, having attended Julliard, which turned out to be a springboard that got him his breakthrough film 8 Mile with Eminem. At the same time, he’s had plenty of fun along the way. Another of his early vehicles was the Spike Lee joint She Hate Me, and Mackie laughed while he remembered that experience.

“Spike offered She Hate Me to Jeffrey Wright and Jeffrey Wright said no. I was there the day Jeffrey said no, and I was like ‘Damn, that’s messed up, Jeffrey don’t want to work with you … ‘ Two days later he calls and offers me She Hate Me.”

Once Mackie got that gig, he was particularly impressed by Lee’s drive, saying, “Spike was the first one there every day, and he was the last one to leave every day. And I’d never seen that before. Him being Spike aside, just his desire and his work ethic kind of has fueled me for the past 15 years,” he said.

Anthony Mackie almost missed his ticket to the Oscars

Mackie had been offered a part in the war drama The Hurt Locker, but he was tied up with another film shoot and initially couldn’t commit, so the filmmakers offered Mackie’s part to somebody else. Once again, that person ended up turning the part down, and that freed Mackie up to appear in the Best Picture and go on stage when the movie won Best Picture at the Academy Awards last year, even kissing Tom Hanks, who was presenting the top prize that night.

Still, there’s a very good reason why Mackie jokes as much as he does, on and off the set, “I think a lot of the reason why …so many people talk about me having fun on set and the whole, thing about me laughing and joking, is because I’m very lucky to get to do what I love,” he said.

Fans on Reddit who watched the video loved Mackie’s attitude, with one fan saying, “A lot of these episodes are just OK, but man, Mackie is just infectious and tells stories so well.” Another person said, “This dude seems so genuine to me.”

As much as Mackie likes to joke, and as frivolous as Marvel movies may seem to some people, he approaches Sam just as seriously as any of his other roles, if not more so.

Mackie’s character has a very big shield to fill, with Steve Rogers handing Sam his signature emblem, effectively endorsing him as Captain America at the end of Avengers: Endgame. Sam seemed overwhelmed at the prospect but promised to do his best. Mackie approaches playing Sam with a similar perspective.

“I feel like there are few rewards that can justify a career, a body of work, the way Marvel has entrusted me with this character. Not just for the African-American community but for the veteran community in general. I think what the character represents not only to Marvel but to America is very important. And I’m very honored to play that role,”  he said.

Mom Who Paid $6.5 Million to Get Her Kid Into Stanford Says She Was “Misled”