Staying humble. Ariana Grande made to sure to let the crowd at the 2018 Billboard Woman of the Year Awards know that, despite appearances, she struggles — just like the rest of us.

The 2019 Grammy nominee, 25, took home top honors at the ceremony, with Patti LaBelle presenting her with the award for Woman of the Year in New York City on Thursday, December 6.

After repeatedly telling the crowd they didn’t have to stand for her, Grande began her emotional speech. “I want to thank Billboard for this incredible honor, I feel completely undeserving and I don’t … thank you, it’s truly insane.”

While on stage, the pop star also addressed the struggles she’s encountered in her personal life over the past year: Grande’s ex-boyfriend Mac Miller passed away in September and she split from her ex-fiancé, Pete Davidson, one month later. 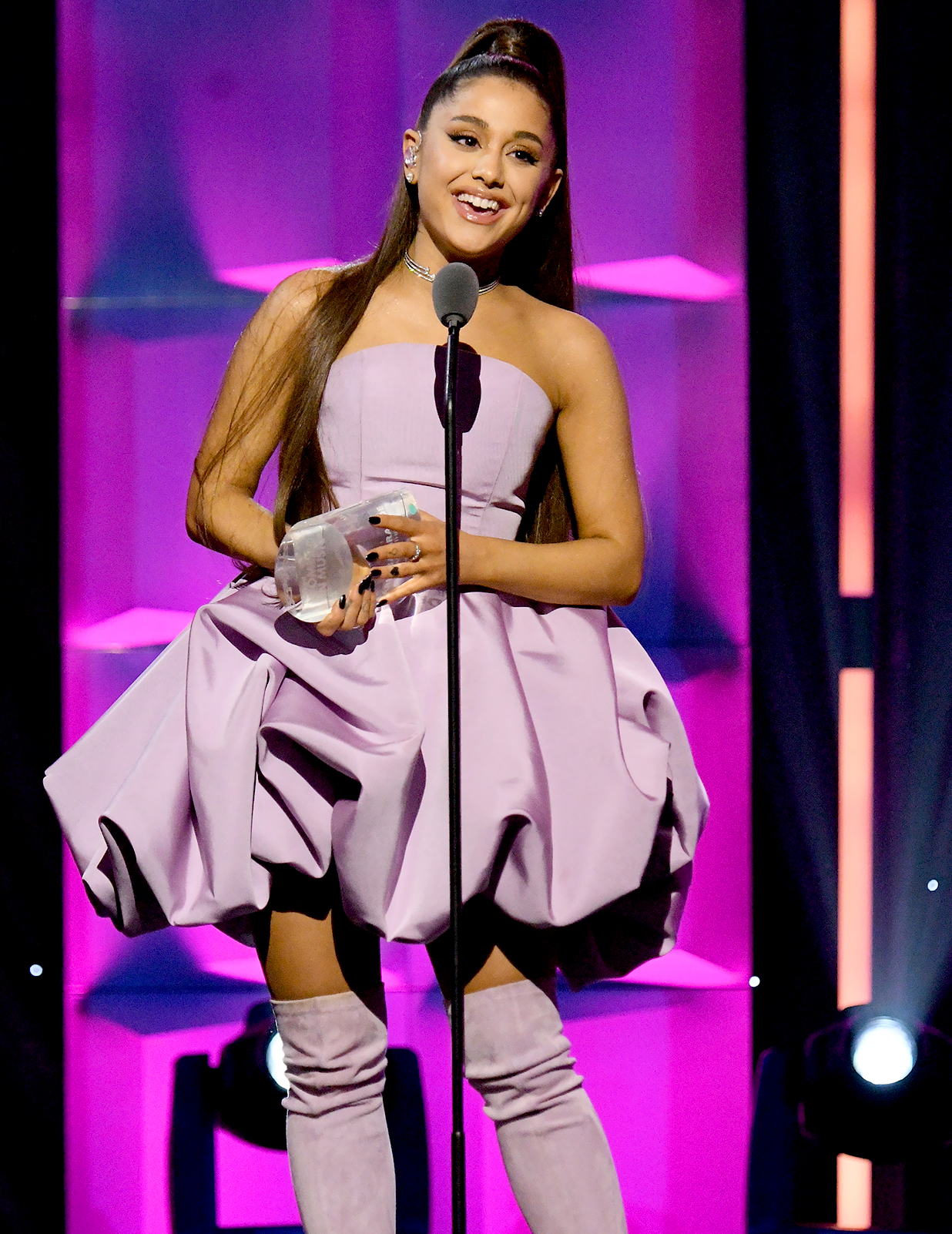 “I want to say that I find it interesting that this has been one of, like, the best years of my career and, like, the worst of my life,” she told the crowd. “Um, I’m not saying that for sympathy, I’m just saying that because I feel like a lot of people would look at someone in my position right now, I guess, like, Woman of the Year , an artist that could be at her peak … and think, ‘She’s really got her s–t together, you know? Like, she’s really on it, she’s got it all. And, um, I do, but as far as my personal life goes, I really have no idea what the f–k I’m doing. So yeah, it’s been a very conflicting one.”

Miller, whom Grande had split from in May, died at the age of 26 on September 7. The songstress, who had since moved on with Saturday Night Live star Davidson, was “absolutely heartbroken” by the news, a source told Us Weekly in September. She ended her engagement with the comedian in October four months after he had proposed.

The “Breathin” crooner closed her speech with a hope to focus on her own well-being in the coming year. “I’m really looking forward to embracing whatever happens and whatever comes my way … I look forward to hopefully learning to give some of the love and forgiveness that I’ve given away so frivolously and easily to men in the past to myself, hopefully, this year.”

Grande tweeted a similar sentiment on December 1. “Actually … I don’t want no ‘next,’” she wrote in a since-deleted tweet that referenced her hit track, adding, “True love doesn’t exist … remember when I was a hopeless romantic lmfaoooOO.”

She later explained herself, tweeting, “True love might exist i was just hungry,” she tweeted, adding, “but still, f–k that.”