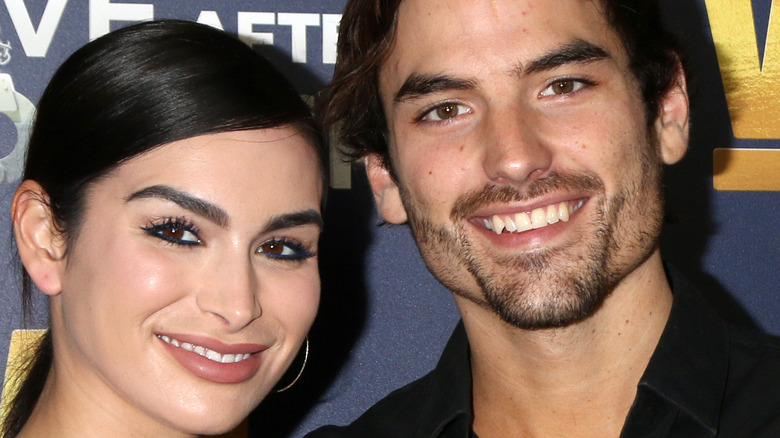 When it comes to “The Bachelor,” the path to true love rarely runs smoothly, even if the whole premise of the long-running franchise hinges on how it should. Fan favorite couple Ashley Iaconetti and Jared Haibon had a particularly turbulent time, even if, as Us Weekly noted, she knew he was the one the moment they laid eyes on each other during Season 2 of “Bachelor in Paradise.” When the duo returned for the following summer, things got even more complicated and yet, by 2018, they were giving their relationship a try yet again, much to fans’ confusion.

It seemed like, for Haibon at least, it simply took a bit longer to get used to the idea of them as a couple but, once he was in, the reality star was fully in, with Iaconetti revealing her beau has written her love letters, filled her apartment with flowers, and even “tells me every day that he’s the luckiest man alive.” Against the odds, the two got engaged in 2018 — captured in all its glory on “Bachelor in Paradise,” naturally — and the following year, they tied the knot in Rhode Island. Now, one of the least likely couples to go the distance is excitedly taking the next step in their relationship.

The Bachelor in Paradise alums are expecting their first child 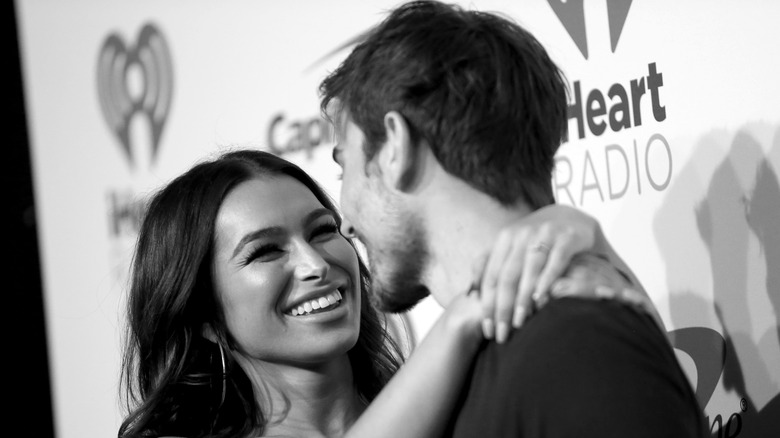 Back in May 2021, Bachelor Nation’s Ashley Iaconetti opened up to Instagram fans about how frustrating it was trying to get pregnant with husband Jared Haibon, noting, “This month was annoying, because I ovulated five days earlier than expected and we pretty much missed my fertile window.” However, after several false starts, the couple’s dreams of starting their family have finally come true. As Page Six reported, during an Amazon Live session, Iaconetti quipped, “Jared hasn’t kissed me in a while because I can’t stop throwing up.” The former “Bachelor” contestant is 10 weeks along as of publication, meaning she’s expecting their little bundle of joy in February 2022 (Iaconetti clarified on Instagram that her due date is the February 10). Although Iaconetti was dying to conceive, now that she’s actually pregnant, the mom-to-be admitted, “It’s been a hard time, guys” thanks to the near constant morning sickness.

Still, the “Bachelor” couple is super excited and expect to learn the sex of their baby at an upcoming doctor’s appointment. They know what their son will be called but, if it’s a daughter, the “Bachelor in Paradise” alums are stumped. Haibon subsequently shared a sweet Instagram video, which captured the moment the couple’s nearest and dearest found out their news. The man himself, however, was busy both times his wife tried to share with him. As fellow “Bachelor in Paradise” alum Tanner Tolbert pointed out on the post, Haibon should get ready to have every moment interrupted from now on.