BAZ BAMIGBOYE: Drag wasn’t my bag but I love it! Richard E. Grant talks about his striking new role, complete with high heels… and a 36DD bra

Richard E. Grant is ready for his closeup…as a drag queen.

The Oscar-nominated actor has undergone a head-to-toe transformation for the feature film version of stage hit musical Everybody’s Talking About Jamie: hair concealed under what he described as a ‘Folies Bergere meets Mrs Thatcher 80s-style wig’, feet squeezed into a pair of Jimmy Choo’s.

In the movie (due to open here on October 21) the 63-year-old Grant plays Loco Chanelle, drag persona of Hugo Battersby, a once proud performer left bruised by the social and political battles he fought decades before.

His partner has died of AIDS; and Hugo has retreated to a costume shop in a run-down part of Sheffield.

The story centres around Jamie New, a 16-year-old who lives with his single mother (Sarah Lancashire) in the working-class neighbourhood of Parson Cross.

Jamie, played by shining newcomer Max Harwood, is determined to wear a dress to his school prom. And to that end, he winds up at the faded House of Loco, where Hugo makes and sells couture drag gowns.

‘My worry,’ Grant told me,’ was: ‘How is anybody ever going to believe I’d been a successful drag queen in Soho in the 1980s?!’

‘Added to that, he had to take singing lessons, to help him perform the numbers writ – ten by Tom Mac Rae and Dan Gillespie Sells.

‘And learn a Northern accent!’ Grant exclaimed. It was a big ask, and director Jonathan Butterell, who conceived the idea for the story on stage, ‘had to do a lot of pep talking’ before filming began, the actor recalled.

The whole experience has given him a new appreciation for the ‘cour – age and chutzpah’ it takes artists to do drag. ‘Excuse the pun, but it really takes balls,’ he said.

Grant shot to stardom in 1987’s Withnail & I (during the lockdown he’s been posting videos of himself quoting lines from the film) and has appeared in a string of notable mov – ies from Gosford Park to Logan, part of the X-Men saga, since then.

But his well-deserved Academy Award nomination last year for his role in Can You Ever Forgive Me? catapulted him to another level. 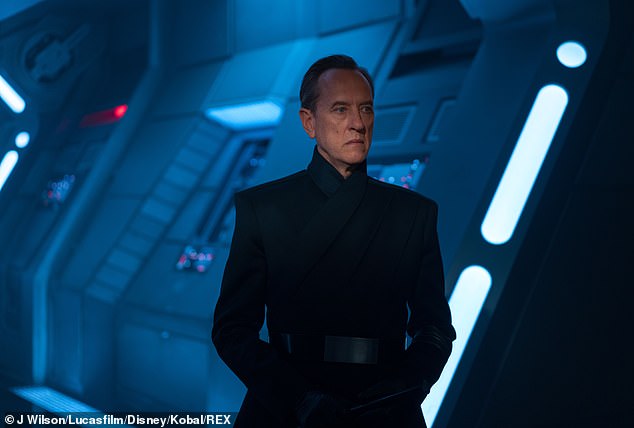 Richard E. Grant as General Pryde in ‘Star Wars: The Rise of Skywalker’

He capped 2019 with a fine turn as the villainous General Pryde in Star Wars: The Rise Of Skywalker.

Grant told me he’d tried most things, in terms of acting, over the years, but drag had never been his bag.

The producers of Everybody’s Talk – ing About Jamie (from Hollywoodbased New Regency, Warp Films and Film4) spared no expense in turning Withnail into Loco, a process of primping and prepping which took months. Kylie Minogue show dancer Shaun Niles was brought in to teach him to sashay like a runway model. 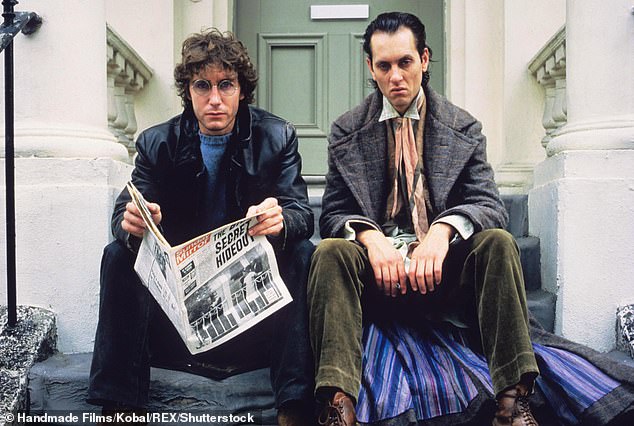 ‘I did many sessions with him and he gave me the confidence to walk in these vertiginous heels.’

Grant even picked up a few tips himself, while bingeing on 11 ­seasons of RuPaul’s Drag Race ­television show.

He praised the seamstresses who took four inches off his 32in waist with clever corsetry and cinching, allowing them to then use padding to create ‘what look like hips’. 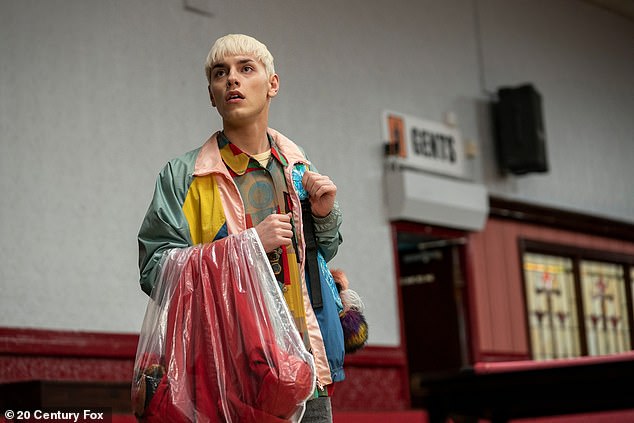 This bit of our conversation was conducted over the telephone the other day (though we’d also spoken on the set in Sheffield last summer) and I had to ask for clarification on the hip front.

‘The boy shape is different,’ he explained.

‘They had to pad up a bit, where ladies bulge out at the side more than boys do.’ Weirdly, this part of the transformation took the longest.

‘The two wardrobe ladies were incredibly patient,’ he said.

‘It took two months of back and forth to get it right.’ Girdles and bras played a ­supporting role, too (in case you’re wondering, Loco is a 36DD). 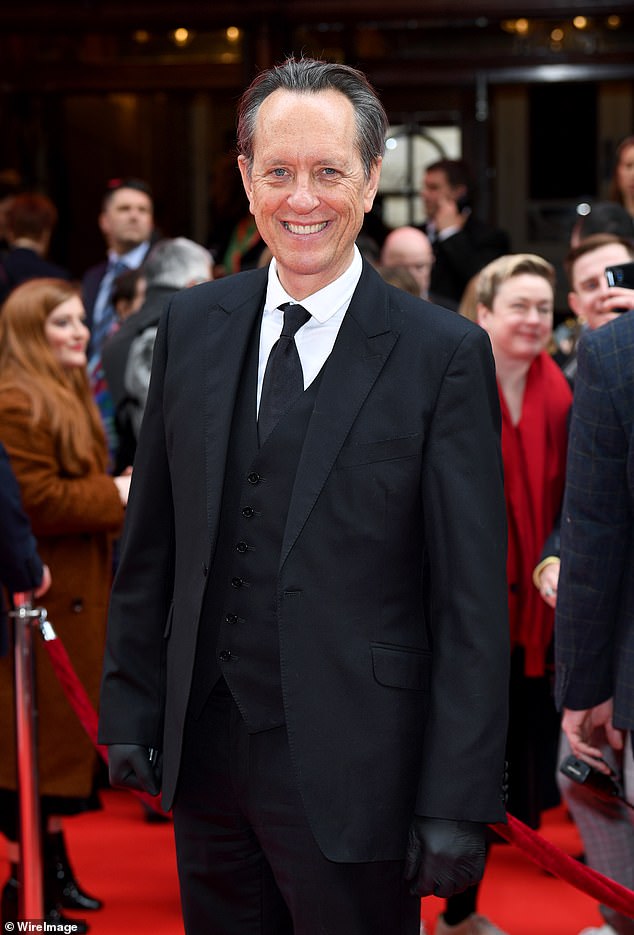 ‘They were agonising to wear,’ Grant said of the footwear, ‘but they looked great!’

He recalled that on the day of my visit to the set he was wearing a pair of Jimmy Choo strappy sandals.

‘I was walking like Julie Walters playing Mrs Overall!’ he hooted.

‘I was bent over!’ Speaking from the Cotswolds, where he’s been isolating with his wife Joan Washington, a renowned dialect coach (she helped him with that Sheffield accent), he added: ‘The idea that you could spend thousands of pounds to wear ­custom-made Jimmy Choo’s, and be in a state of torture… I just don’t get it.’ 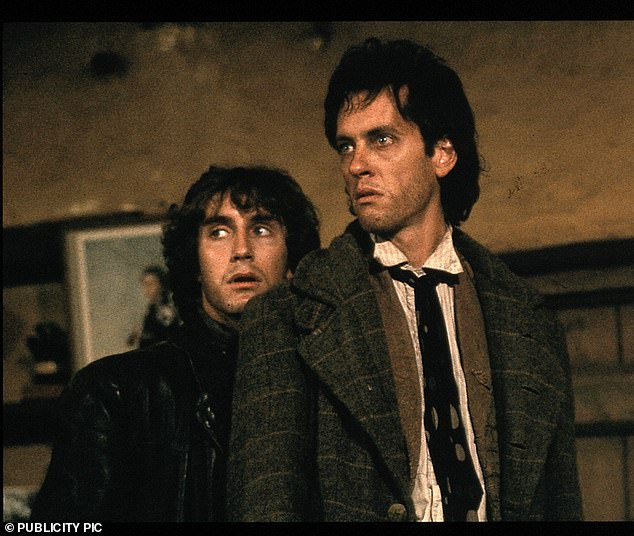 Richard E. Grant (right) pictured as Withnail, and Paul McCann as ‘I’, in a scene from the film written and directed by Bruce Robinson

Grant marvelled at how little time it takes his wife to ‘to get all glammed up’ compared with how many people — and hours — it took to turn him into Loco.

‘Just the amount of stuff you have to deal with: corsets, girdles, shoes, make-up! It’s high maintenance in a way that jeans, a T-shirt and a pair of plimsolls is not.

‘My appreciation and respect for what women do, compared to men, went up the chart very quickly.’

‘He was sitting in the make-up chair and I said: ‘Do you think that’ll be too much?’ He looked in the mirror and cried: ‘Too much? Nothing’s too much. More! More!!’ 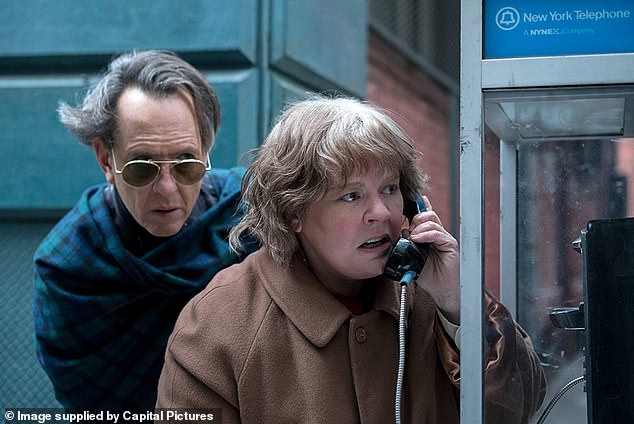 Can You Ever Forgive Me? starring Richard E. Grant & Melissa McCarthy. Grant was Oscar nominated for his performance

‘The original musical version of Everybody’s Talking About Jamie was a huge hit at the Crucible in Sheffield, where it began in February 2017.

(The West End transfer, at the Apollo Theatre on Shaftes – bury Avenue, and UK tour are both on hold until theatres are allowed to re-open.)

The film version, though, ­promises to be even more of a good thing, with big, set-piece fantasy dance numbers to rival anything Busby Berkeley did in Hollywood’s heyday — or seen in contemporary fare such as La La Land.

Grant, Harwood and the rest of the company are fab in the footage I’ve seen.

Looking back, as we chatted recently, Grant labelled his turn in the film as ‘the most rewarding thing that I think I’ve ever done’.

‘I had a great time,’ he told me, though he conceded there were moments when the gig was also ‘challenging’ and even ‘petrifying’.

He said he was indebted to director Butterell for ‘taking a leap of faith’ in casting him.

There was just one thing he could have done without. Lowering his voice on the phone, he said that, thanks to being sewn into all the padding and paraphernalia: ‘I couldn’t go to the loo. You’re tucked, trussed and kitted out, so you have to go into a Zen mode,’ he said.

‘But compared to what the world is going through now, some actor moaning about how he couldn’t take a wee for 18 hours is hardly a major issue.’

History Has Its Eyes On You is one of the songs in composer and actor Lin-Manuel Miranda’s blockbuster musical Hamilton, about one of America’s founding fathers, Alexander Hamilton. 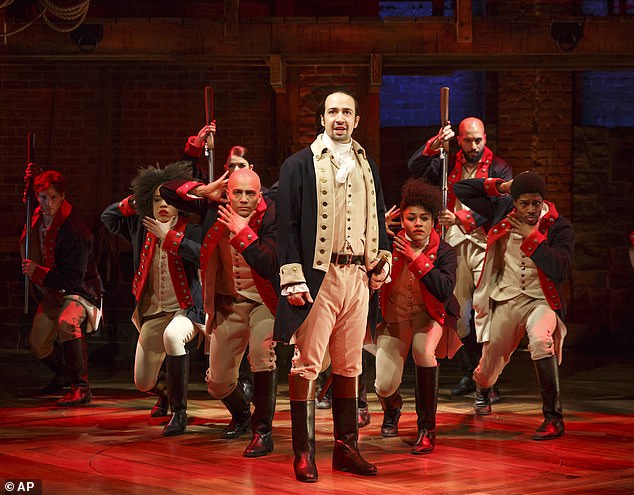 Well, all eyes are likely to be on the Disney+ subscription service on July 3 when the Broadway production of Hamilton, filmed over several nights in 2016, will be shown.

The film, starring Miranda and many of the original cast, had been planned for a cinema release in the autumn of 2021.

But it has been fast-tracked to attract folks to Disney+ while they’re captive in their homes and cinemas and theatres are closed.

There’s some concern about whether the broadcast will harm future ticket sales for Hamilton when it reopens at the Victoria Palace.

However, there’s statistical evidence that the film version of Les Miserables actually spurred people onto see it performed live in the theatre 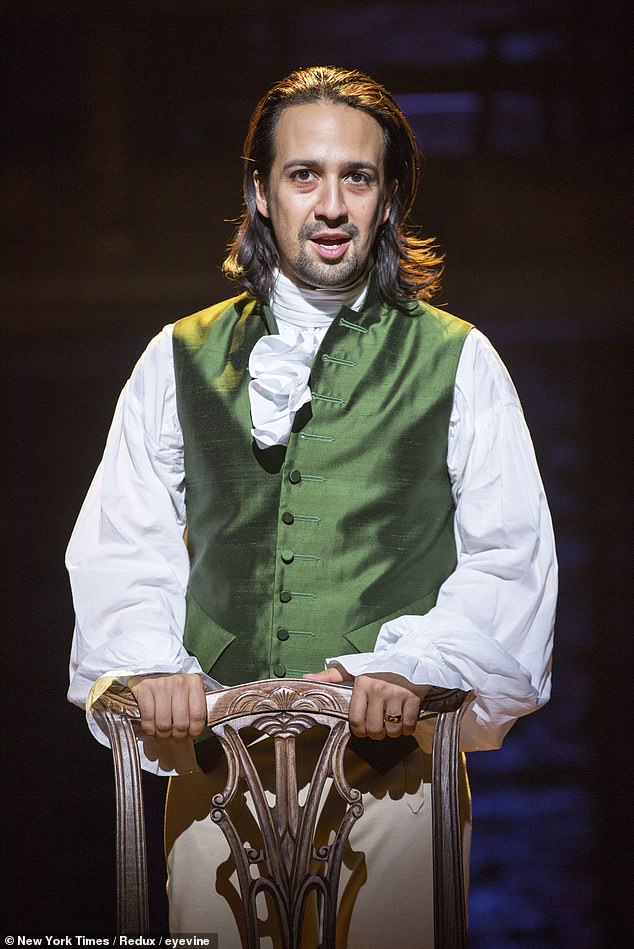 Lin-Manuel Miranda in the title role of the Broadway musical ‘Hamilton’ at the Richard Rodgers Theater in New York, July 11, 2015

Thuso Mbedu, who is the star of the mini-series The Underground Railroad, based on Colson Whitehead’s prize-winning bestseller about Cora, a 15-yearold slave who escapes from the Georgia plantation where she was born.

She embarks on a perilous journey for freedom while pursued by a psychologically damaged slave catcher played by Joel Edgerton.

He’s obsessed with getting Cora —spurred on by the knowledge that he was unable to hunt down her mother (played by Sheila Atim) when she fled years before. 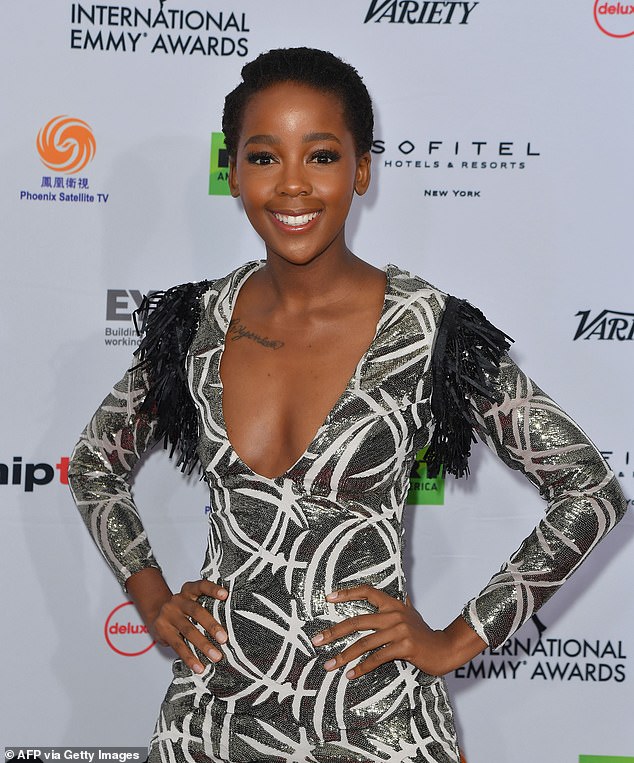 Barry Jenkins has directed many of the episodes, which were shot before the lockdown began.

However, he and his team are doing post-production work remotely. ‘ I f you have a very robust computer at home, you can work,’ Jenkins (who directed Oscar-winning film Moonlight) told me.

He added quickly: ‘ It isn’t ideal. I’m starting to bang my head against the wall a little bit.’

Jenkins’s ­production company Pastel has partnered with Brad Pitt and his team at Plan B Entertainment to make the drama, which is destined for the Amazon streaming channel.

When will it be ready? ‘Who knows anything past two weeks from now, ‘ Jenkins said.

When theatres do re-open — and no one has any proper idea yet of when that will be — one thing audiences will welcome (though some producers maybe not so much) will be the culling of premium seats.

Nicholas Hytner, former National Theatre chief who now controls The Bridge Theatre with business partner Nick Starr, once described premium pricing — where the cost of selected seats in the stalls and dress circle is hiked up to ridiculously greedy levels in the £150- £200 range (sometimes higher) — as ‘the devil’.

Producers will have to come up with a different pricing policy because audiences simply won’t have the kind of ready cash to pay inflated prices.

They’ll more likely forgo theatres altogether if prices remain astronomical. Punters will require encouragement to return; and this will be difficult for producers, theatre owners, actors and creative crews, who have been hit hard themselves.

Shows will take much longer to recoup costs. Coaxing people back into auditoriums won’t be easy — but lowering prices will be a start.