Ben Affleck and Jennifer Garner were spotted walking side by side while attending their daughter Seraphina’s 6th grade graduation in Santa Monica, one day after he shared a public kiss with Jennifer Lopez

Ben Affleck, 48, and his ex-wife Jennifer Garner, 49, attended their 12-year-old daughter Seraphina‘s sixth grade graduation ceremony on June 14 and were dressed to impress. The proud mother and father were photographed walking outside the ceremony’s location in Santa Monica, CA along with the graduate and appeared relaxed and comfortable among others. Ben was wearing a black suit with a green tie and Jennifer was in long black and white floral dress with short sleeves. 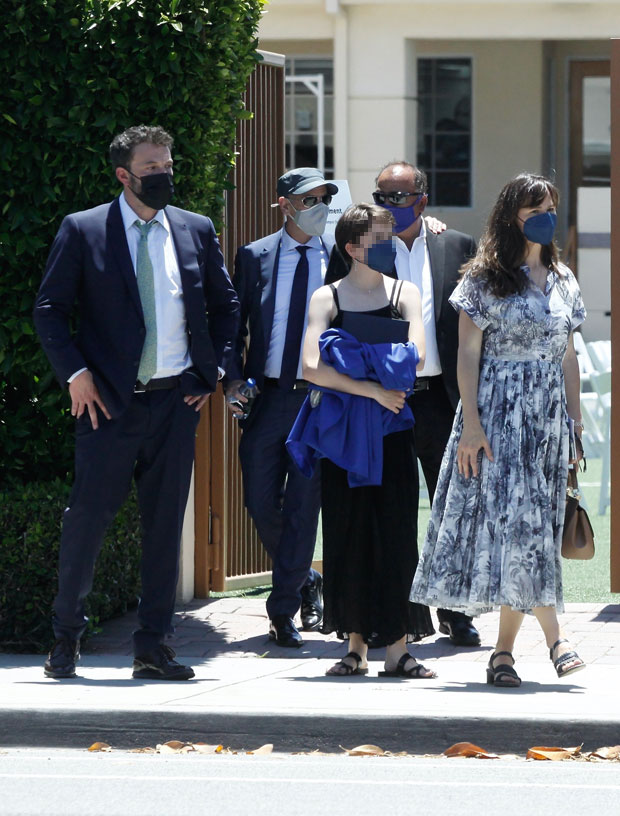 Seraphina showed off a cute black tank top and long flowing pants as she carried what appeared to be a royal blue graduation robe as she walked between her parents. They all also wore face masks. Ben’s was black while Jennifer and Seraphina had on matching blue ones. 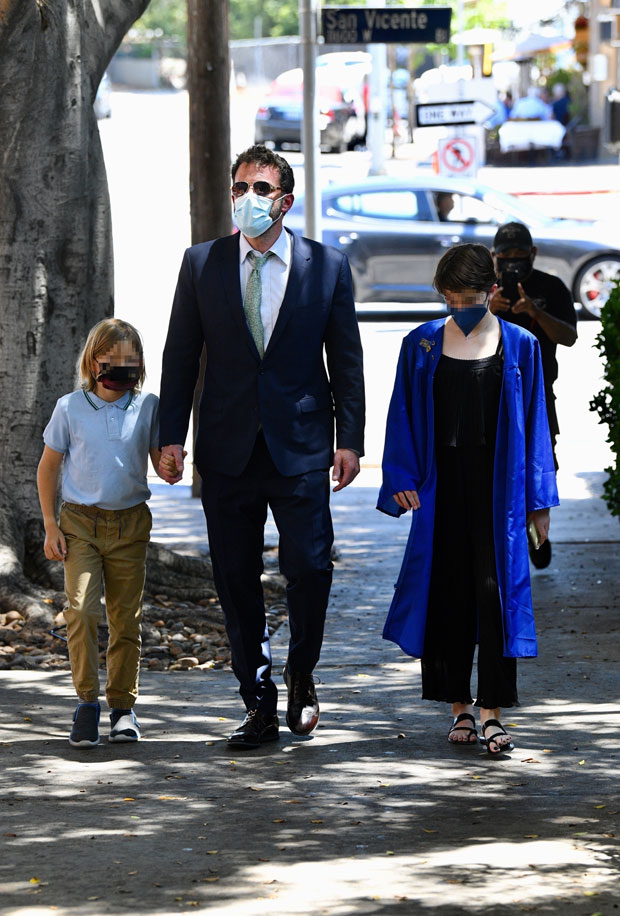 At one point, Ben was seen walking with his youngest son Samuel, 9, whom he also shares with Jennifer, as he held his hand. The blond cutie was wearing a light blue polo-style shirt, tan pants, and blue sneakers. Seraphina was walking beside them and wearing her unzipped graduation robe as Ben and Jennifer’s oldest daughter Violet, 15, and Ben’s mother Christopher Anne Boldt also joined them for the event.

On the same day as the graduation, Ben and Seraphina stopped at the library during a solo outing and were photographed walking outside after the visit. He held what appeared to be five books while wearing a blue T-shirt, black pants, and white sneakers as she held what looked like a notepad while wearing a green and white tee, a gray sweatshirt around her waist, blue pants, and white sneakers. 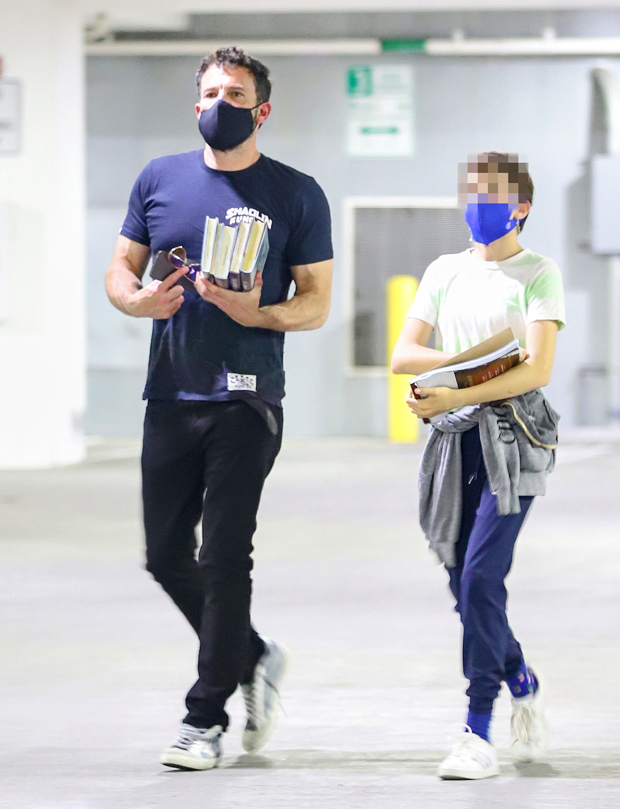 Ben’s latest outings with Jennifer, Seraphina, and the rest of their family come just one day after he made headlines for showing off his first public kiss with Jennifer Lopez, 51, since the two sparked rumors of a rekindled romance in Apr. They were photographed sharing the smooch while sitting at a table at Nobu restaurant in Malibu, CA on June 13. They looked as close as could be as the singer rubbed the Good Will Hunting star’s face during the romantic time. Before their reconciliation, they broke off their engagement in 2004.

How Did Winona Ryder and Keanu Reeves Meet?