Bill Clinton is at a medical facility in Irvine, California, his spokesperson confirmed on Thursday, Oct. 14.

Bill Clinton has been been hospitalized for a “non-COVID related infection.” The former president is at a medical facility in Irvine, California, his spokesperson confirmed to People magazine on Thursday, Oct. 14. “On Tuesday evening, President Clinton was admitted ton UCI Medical Center to receive treatment for a non-COVID-related infection,” spokeswoman Angel Ureña said, also providing an update about his condition.

“He is on the mend, in good spirits, and is incredibly thankful to doctors, nurses, and staff providing him with excellent care,” they also added. His doctors Dr. Alpesh Amin and Dr. Lisa Bardack also shared updates about how the Arkansas native is responding to treatment, confirming he they have been consulting with his regular New York-based team. 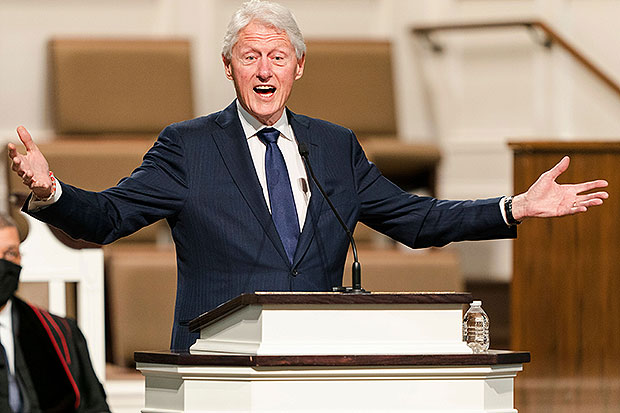 “He remains at the hospital for continuous monitoring. After two days of treatment, his white blood cell count is trending down and he is responding to antibiotics well,” they doctors said. “The California-based medical team has been in constant communication with the President’s New York-based medical team, including his cardiologist. We hope to have him go home soon,” they added.

Notably, Bill has undergone several heart surgeries including one in 2004 and another in 2010. Following his procedures, the 75-year-old has been open about making lifestyle changes — including ones to his diet. “I live on beans, legumes, vegetables, fruit, and I drink a protein supplement every morning,” he said on The Situation Room to Wolf Blitzer in 2011.

“No dairy. I drink almond milk mixed in with fruit and protein powder so I get the protein for the day when I start the day out. It changed my whole metabolism and I lost 24 pounds. I got back to basically what I weighed in high school. But I did it for a different reason,” he also said. “I mean I wanted to lose a little weight, but I didn’t dream that this would happen. I did it after I had this stent put in. I realized, even if it happens often after bypass, you lose the veins because they’re thinner and weaker than arteries.”

Will, Kate, Harry, and Meghan Were Beaming as They Attended the Commonwealth Day Service