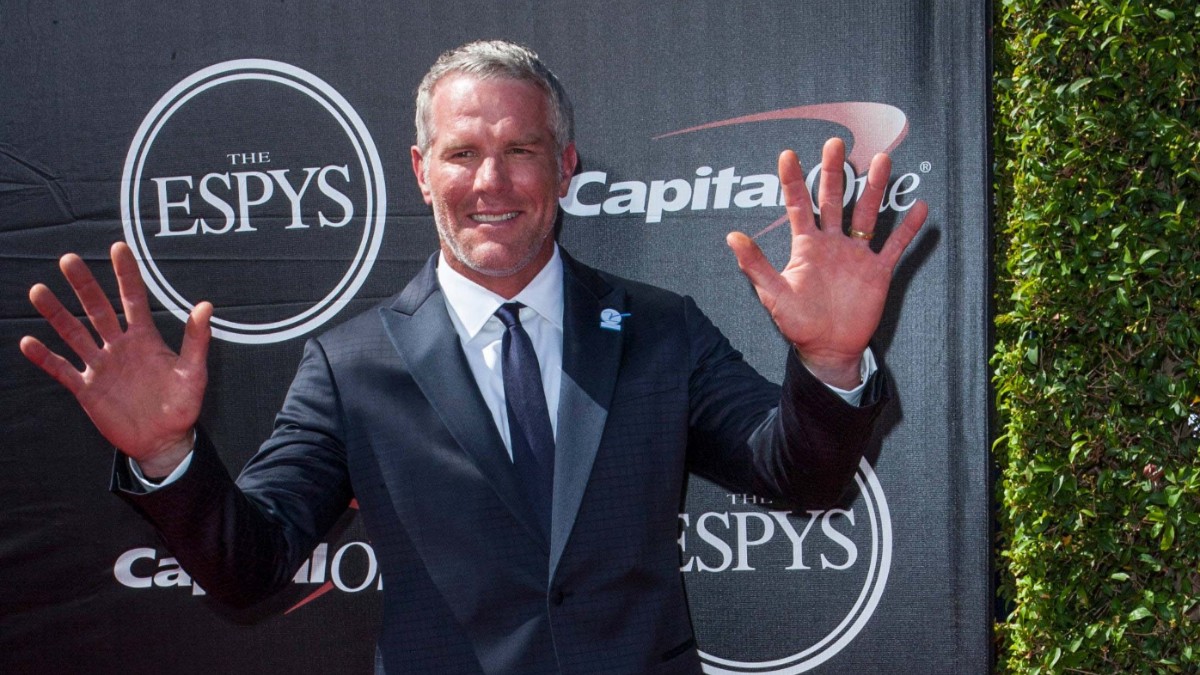 Former quarterback and Hall of Fame legend Brett Favre is one of the wealthiest ex-NFL players in history and is considered to be in the top ten of the current high earners.

Favre hit the headlines lately and controversially after he appeared at the Tampa Baty Buccaneers game on Sunday when they were hosting the Carolina Panthers. He was seen wandering around the stadium wearing a Tom Brady Buccaneers shirt.

His appearance was controversial because the Buccaneers aren’t allowing fans to attend games at this time because of restrictions due to COVID-19. Favre was also sighted flouting the team’s rules on wearing a mask at the ground.

Buccaneers center Ryan Jensen took to Twitter to vent his frustration at Favre’s attendance. He wrote: “So he can go to the game but my family can’t? Interesting.”

Perhaps Favre was able to use his reputation and considerable wealth to talk his way into the game. But how much is the former quarterback worth?

How much is Brett Favre’s net worth?

As of 2020, Brett Favre is worth approximately $100 million. He amassed this huge figure through having a high playing salary while coupled with various lucrative sponsorships.

Favre’s professional career began in 1991 when he was drafted out of Mississippi by the Atlanta Falcons. He received a $1.38 million rookie contract; however, he played just two games for them and had no pass completions. He was then traded to the Greenby Packers in 1992.

Brett Favre spent most of his career playing with the Packers, and this is where he became the legend we know today, it’s also where he made most of his money. He performed well immediately, which was enough for the Packers to sign him up for a five year deal worth $19 million in 1994.

In 1997, the Packers gave their quarterback star a seven-year extension with a deal for $47 million. Not really a massive surprise, as he’d led them to a Superbowl in 1996.

By 2001, the extension deals were getting longer and involved even more money. Favre agreed on a ten-year contract at a cool $101 million.

In 2009, the Packers traded Favre to the New York Jets, who, after an unsuccessful season for the big apple team, decided to release their new quarterback. However, Favre was quickly snapped up by Minnesota Vikings, who offered a 2-year $25 million contract.

The 2010 season was poor for both Favre and the Vikings, which probably played a part in the player’s decision to retire after the season, aged 41. Despite the poor playing season, 2010 is considered his highest year for personal earnings when he bagged a whopping $16 million.

Favre earned $138 million playing football, but he also pocketed a mound of cash through various endorsements and sponsorships. He is thought to have made up to $9 million a year through these endorsements.

Favre became the face for big-name companies like Mastercard, Nike, Wrangler, and Foot Locker. He will still be receiving payments from these companies well into his retirement.

The untold truth of Santino Rice

The truth about Tinsley Mortimer and Dorinda Medley’s relationship

Emotional Kylian Mbappe reveals boy, 8, who he dedicated goal to has died after losing cancer battle