Britney Spears’ attorney says Jamie Spears‘ petition to end her 13-year-long conservatorship is a “massive legal victory” for the singer, but it doesn’t mean it’ll stop him from digging into all she’s allegedly suffered under his reign.

Mathew Rosengart is the high-profile attorney who has been representing the “Toxic” singer in her conservatorship case since July. In a statement to Fox News, Rosengart confirmed his plans to investigate Jamie’s alleged mishandling of the 39-year-old pop star’s finances despite Jamie’s Tuesday filing, which calls for the conservatorship to end.

“This filing represents a massive legal victory for Britney Spears, as well as vindication,” Rosengart said of Jamie’s filing. “Having exposed his misconduct and improper plan to hold his daughter hostage by trying to extract a multi-million-dollar settlement, Mr. Spears has now effectively surrendered. There is no settlement.”

“To the extent Mr. Spears believes he can try to avoid accountability and justice, including sitting for a sworn deposition and answering other discovery under oath, he is incorrect and our investigation into financial mismanagement and other issues will continue,” the statement continued.

The move to have Spears’ conservatorship completely end comes after Jamie revealed he was willing to step down as her sole conservator when the time was “right” and a “smooth transition” could occur.

“As Mr. Spears has said again and again, all he wants is what is best for his daughter,” Jamie’s filing, which was obtained by The Associated Press, says. “If Ms. Spears wants to terminate the conservatorship and believes that she can handle her own life, Mr. Spears believes that she should get that chance.”

Although Jamie’s request was filed, Judge Brenda Penny, who oversees the case, will need to approve the move.

Tuesday’s filing cited how Spears’ “impassioned plea” to end the legal arrangement in a June 23 speech in court gave a jolt to those who wanted to see her freed from it, quoting from the transcript of that afternoon. 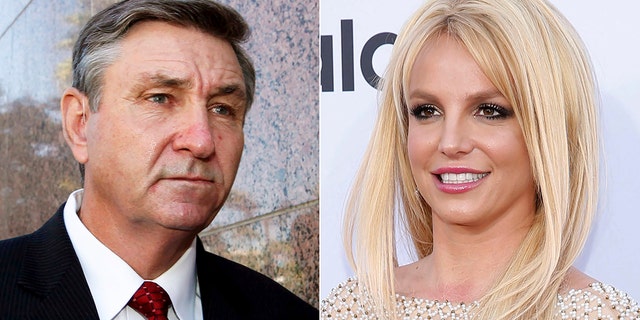 “I just want my life back,” Spears said. “And it’s been 13 years and it’s enough. It’s been a long time since I’ve owned my money. And it’s my wish and my dream for all of this to end without being tested.”

The filing also notes that Spears said she did not know she could file a petition to end the conservatorship, which she has yet to do. It says that Penny’s decision to allow her to select Mathew Rosengart as her attorney demonstrates that the court trusts her with major choices. And it says evidence shows she has apparently “demonstrated a level of independence” by doing things like driving herself around Southern California.

It also cites her desire to make her own decisions on therapy and other medical care.

Spears has attempted to have her father removed as her conservator multiple times. Most recently, Spears accused her father of “conservatorship abuse” and claimed she wanted to press charges against Jamie.

A petition from Spears’ attorney to remove him was to be heard at the next hearing in the case on Sept. 29.