The photo fuels engagement rumors after the personal trainer was spotted looking at rings last week, but he has deleted it and claims he’s not responsible for putting the image up on his account.

AceShowbiz –Britney Spears‘ boyfriend Sam Asghari briefly got her fans excited after a picture of a ring surfaced on his Instagram page. However, he said that things are actually not the way they seem to appear.

On Friday, September 10, the personal trainer allegedly updated his Instagram Story with a photo showing a diamond ring. Eagle-eyed fans pointed out the ring had an inscription reading, “Lioness,” the word Sam often uses to describe his girlfriend, fueling engagement rumors between him and the singer. 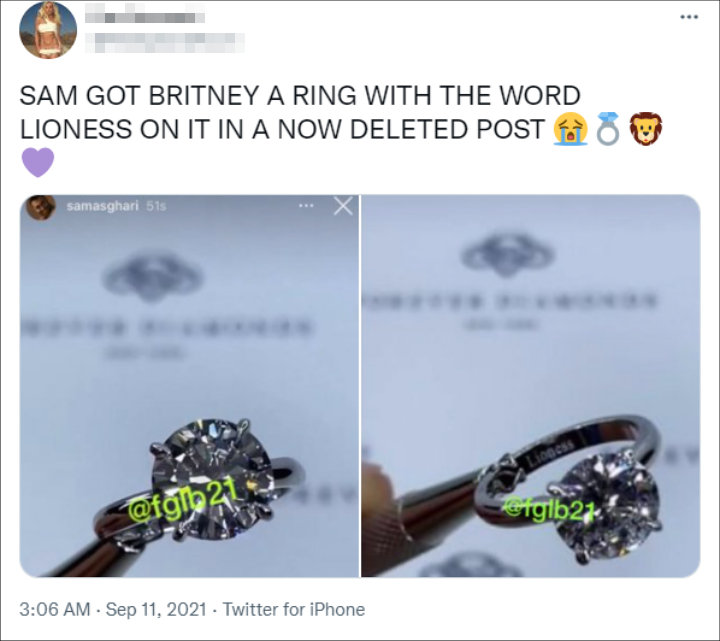 However, the image was soon deleted from his page and he claimed that he was not responsible for putting the image up on his account. “Account got hacked and was photoshopped,” so he addressed the photo on another Story after apparently regaining control of his account. He went on telling Britney’s fans and his followers, “calm down everyone!” 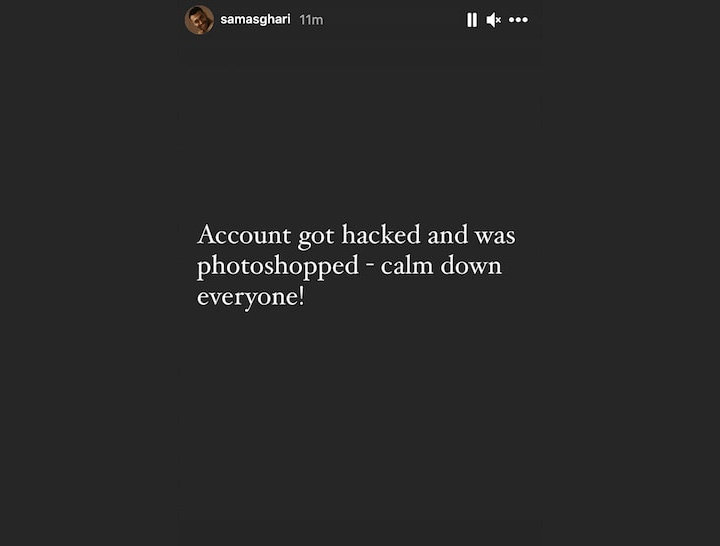 The ring photo surfaced one week after Sam went ring shopping at high-end jeweler Cartier in Los Angeles. The 27-year-old hunk was pictured looking at rings in Beverly Hills on Thursday, September 2. At the time, he was seen browsing through several blinged-out pieces within the store’s jewelry case.

Something apparently caught his eyes as he snapped a picture of it with his phone. Later, an assisting employee brought out a diamond ring for Sam to get a closer look. It’s unclear though if Sam eventually bought the ring or not.

A source then explained the status of the couple’s relationship to Page Six. “Britney and Sam are not engaged yet, but he has been talking about popping the question more and more lately,” the source claimed. “Sam wants to spoil Britney with a very special, over-the-top and meaningful proposal when the time is right. He dreams of one day becoming a dad too, and Britney, of course, has always wanted to have more kids, especially now that hers are getting older.”

During her court appearance last June, the “Make Me…” songstress admitted she had marriage on her mind. She claimed she can’t get married and have children with her boyfriend because she was blocked from doing so by her father Jamie Spears under his conservatorship.

Now that her father has agreed to step down as her conservator and ask the court to end her conservatorship altogether, Britney may soon proceed with her plans to start a family with her longtime boyfriend Sam.

The reason Donald Trump is skipping the next debate

Angelina Pivarnick Flaunts Results of Latest Breast Enhancement Surgery: Is She the Hottest Member of the Jersey Shore Cast?!