Caitlyn Jenner — she of “Keeping Up With The Kardashians” and Olympic gold medalist fame — is running for governor of California, and so has been making pretty frequent appearances on “The View” to promote her campaign. But these appearances don’t always go quite as smoothly as she may have hoped, as this is “The View,” after all. And Jenner has gotten into it more than once with host Joy Behar.

Jenner is a Republican and is running against current California governor and Democrat Gavin Newsom, who she described on the show as “for the elites,” and living by a “different set of standards” during the pandemic. Jumping in, Behar took a tough stance right off the bat with her questions for the candidate, grilling Jenner first on her lack of political experience.

But the most contentious part of the interview came at the very end of the segment, when Behar cut Jenner off to squeeze in one last question.

Caitlyn Jenner did not 'want to get into that' 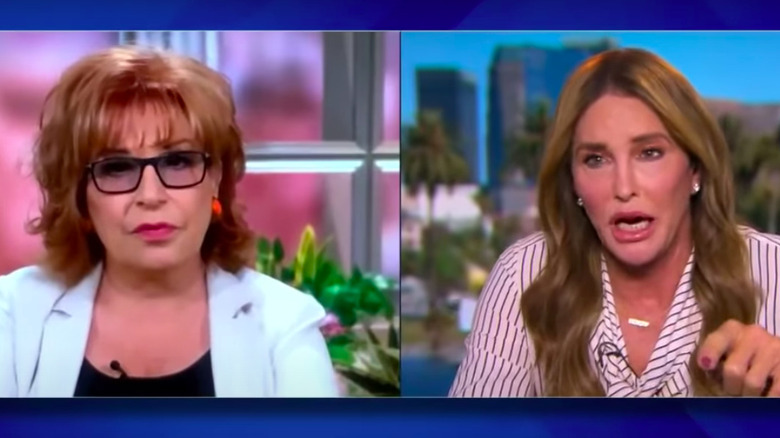 Caitlyn Jenner has shown a wishy-washy sort of support for former President Donald Trump. In the “View” interview, Joy Behar asked her directly: “A lot of Republicans in this country believe that Donald Trump won the election and not Joe Biden. Are you one of those Republicans?” Oof. (Donald Trump himself has held fast to the belief that he won, though those claims have been repeatedly debunked.)

Jenner, attempting a sidestep, began, “I’m not gonna get into that, that election is over with. I think Donald Trump did do some good things.” But Behar interrupted and pressed her, again asking, “But did he win? Did he win the election?” Ignoring that, Jenner continued praising Trump as a “disrupter,” saying she, also, wants to be a “disrupter,” albeit a “thoughtful” one. At that, Behar let out a laugh.

At this point Whoopi Goldberg cut in before anybody could start throwing low blows, which is probably for the best for everyone — even if we still don’t know what Jenner actually believes about the election.