The Academy Award-winner shared an adorable video of her daughter when she was a young girl.

They grow up so fast! Catherine Zeta-Jones, 51, shared an old video of her daughter to Instagram on Wednesday August 25. The video features Carys Zeta Douglas, 18, when she was younger speaking directly into the camera about cute animals. It’s an adorable clip to look back on the young adult’s early years, before she starts her collegiate career.

In the video, Carys shows photos of animals whose natural habitats are cold-weather environments, such as polar bears. “Hi it’s Carys. I just took pictures of arctic babies. I didn’t take pictures of all of them, because some of them aren’t that cute,” she said in the video. Catherine clearly got a kick out of going down memory lane, as she posted the old clip, while her daughter got ready to head off to college. “The road to higher education begins on the bathroom floor, with limited teeth, (thus the lisp) and a passion for books,” Catherine wrote in the caption. “Carys is packing her bags and I am looking at old videos. Don’t tell her I posted this.”

Carys is the Chicago star’s younger child and only daughter that she has with her husband Michael Douglas, 76. Carys has an older brother Dylan, 20, and a half-brother Cameron, 42, from Michael’s first marriage to Diandra Luker. Catherine celebrated her daughter’s graduation back in May by posting a rare family photo of herself and Michael posing with their two kids. The actress had shared another throwback in April to celebrate Carys’ 18th birthday, although it didn’t include any commentary about cute animals. She also posted a hilarious text she’d sent her daughter, where she said Carys’ birth was her “proudest moment,” even topping her 2003 Oscar win. 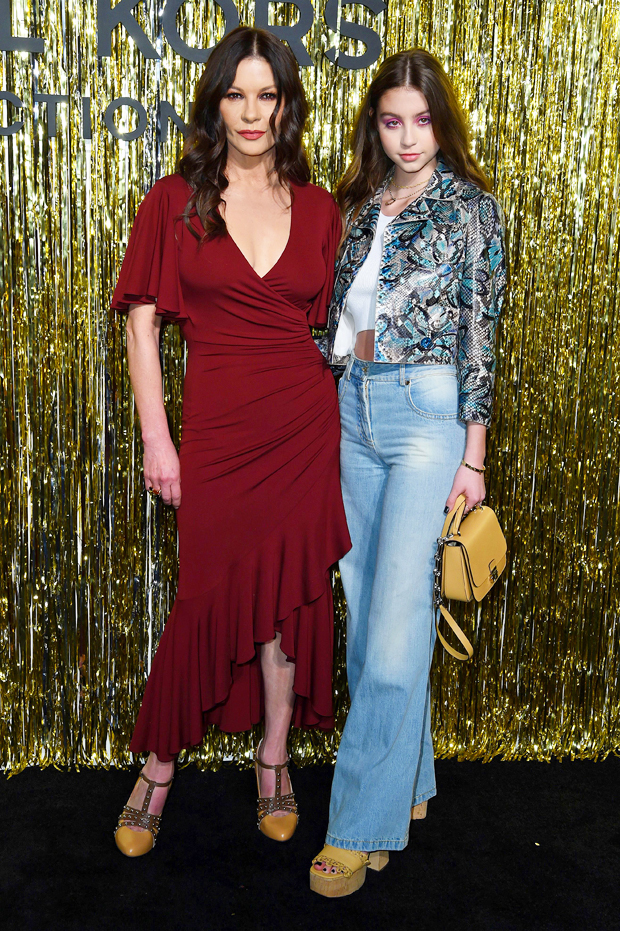 Before heading off to school, it seemed like Catherine had a great summer, bonding with Carys. In July, the whole Douglas family was spotted out having a beach day in Ibiza. Besides the family outing, Catherine soaked in plenty of sun over the summer. Earlier in August, she posted a video of herself hula-hooping poolside in a sexy black-and-white striped bikini.