Rants and flaws, yes, but this was powerful on the plight of carers: CHRISTOPHER STEVENS reviews this weekend’s TV

Daredevils And Divas: A Night At The Circus

His family drama Care (BBC1), about a single mum struggling to cope with her own mother’s severe dementia, kept veering off into political rants.

Between the tears and the rows, Sheridan Smith as Jenny and the rest of the cast dumped barrowloads of statistics on us, about the state of the NHS in general and health care of the elderly in particular.

Smith was powerful and sympathetic, as she always is when playing ordinary people — it’s only when she turns on the cheesy cabaret act that her talent can grate. 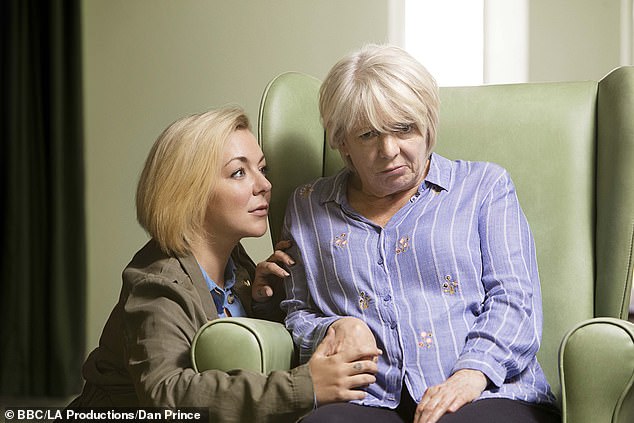 The real star of this 90-minute playlet, though, was Alison Steadman as Mary, the doting grandma who is left part-paralysed, incontinent and barely able to speak after a stroke.

It was pitiful to watch, yet Steadman never let the character become maudlin.

She even managed to inject flashes of impish humour into the performance — little reminders of the woman she had been before seizures and senility overwhelmed her.

The other characters were two-dimensional: Jenny’s craven, feckless ex-husband, the sister who didn’t pull her weight, and a shy builder who turned up just in time to be Jenny’s new romance.

Most cardboard of all was a hospital administrator who lied to families and forged documents to avoid giving patients the care that was their legal right.

She had an answer for everything until Jenny started spouting slogans that had apparently been copied from a Labour election leaflet — then she was struck dumb.

McGovern insisted on turning the drama into a political statement, by having Jenny announce that her mum was a long-standing Left-wing party activist . . . as though this somehow meant she was more deserving of NHS care than anyone else.

For all its faults and flaws, Care was an important piece of work, about a subject that is far too much ignored. One in eight people in Britain is a carer, and often the other seven don’t want to know.

No life is charmed and health can shatter in an instant. When a loved one is stricken by catastrophic illness, the love doesn’t stop: people find a way to carry on. 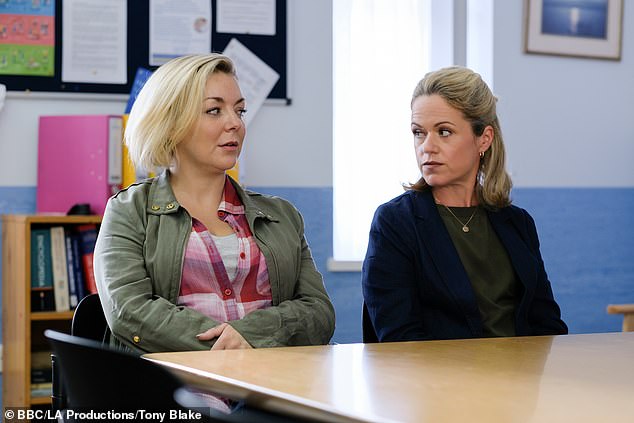 For all its faults and flaws, Care was an important piece of work, about a subject that is far too much ignored (pictured: Sheridan Smith with Sinead Keenan, playing Claire)

Most of all, as millions can testify, loving and caring can be the easy part. It’s dealing with all the bureaucracy that kills you.

A life without bureaucracy, outside ‘the system’, is half the appeal of running away to join the circus. Ringmaster Doug Francisco, his face a white pancake of make-up under a battered black hat, showcased the other half, the sheer excitement of the sawdust ring, as he celebrated 250 years of the Big Top in Britain.

Daredevils And Divas: A Night At The Circus (BBC4) brought us trapeze artists and Cossack riders, fire jugglers and acrobats, rope dancers and flying contortionists . . . all working without a safety net.

The camera sometimes struggled to keep up with their death-defying feats: circus on the telly was slicker back in the Seventies, when we thrilled to the acrobats and howled at the clowns every Bank Holiday.

Best of the acts was an incredible tightrope crossing of the River Wear in Sunderland, the banks crammed with cheering crowds. Funambulist (posh word for a wire-walker) Chris Bullzini tiptoed high above the water while sporting a moustache that belonged on a Victorian lion-tamer.

He walked backwards, he stood on his head, he even found time to pick up a lady friend along the way. Roll up, roll up, Mez-dames and Mon-sewers. The circus is still alive and well, aged 250.

Covid-19 Variants and the Vaccine Booster: What You Need to Know