Arsenal legend David Seaman, 56, has insisted he has no regrets about his choice to refuse to play against a naked team of footballers for Harry Redknapp’s show Harry’s Heroes. The former goalkeeper stormed off the pitch when he was asked to face the French naturists during a match in the second series of the programme, which aired earlier this year.

Speaking exclusively to Express.co.uk about the awkward moment, David said: “That was the right decision, when I saw them I was like, ‘What is this?’

“And I got a little bit of an idea that might be what it is and I said to my friend Mark Wright, ‘If they’re nude, I’m walking’, and he’s like, ‘No way!’

“And I said, ‘You watch, if they’re nude I’m not going anywhere near them!’ And I saw them coming down the steps with their meat and two veg everywhere and I was like, ‘No way!’”

The star then recalled his conversation with I’m A Celebrity… Get Me Out Of Here! winner Harry, as he tried to avoid the match. 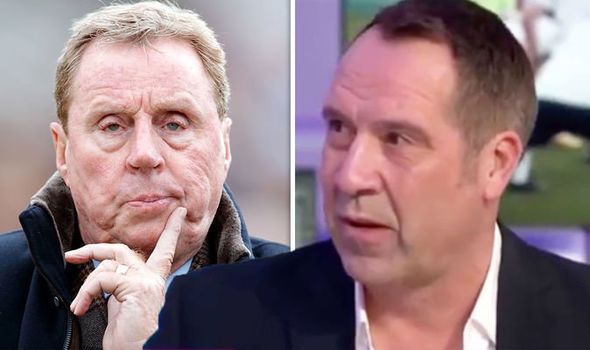 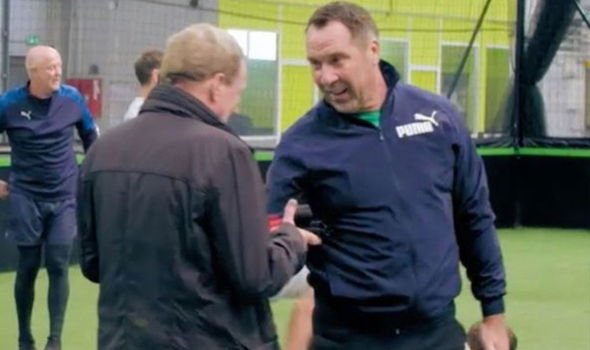 He continued: “And I just turned to Harry and I gave him this look and I went, ‘You need another goal keeper’ and walked off and the crew were chasing me and saying, ‘Are you alright, are you alright?’

“And I was like, ‘yeah, but that is too far.’ I just imagined me trying to make a save and then one of them being really close to me and putting his stuff in my face and I was like, ‘No thank you!’”

David then admitted: “The worst thing is, when I saw the programme, I didn’t look at all, I just walked off set into a little room and got myself a coffee, and didn’t see anything.

“But when I saw the programme and saw them lining up opposite each other and, oh God, I was laughing if I’m honest! 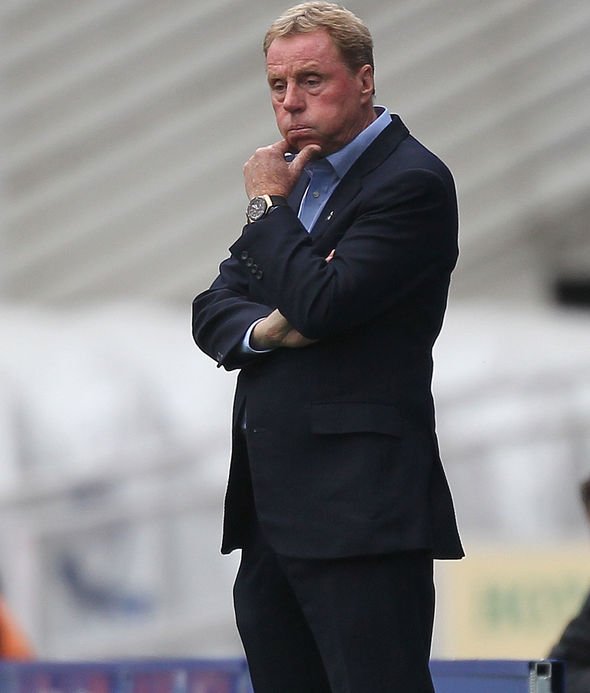 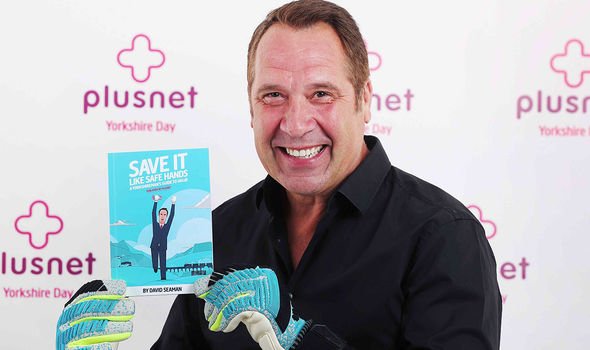 “But I was so pleased that I didn’t do it! A lot of people have said to me, ‘Well done for walking off!’”

At the time, David explained he was also concerned about “injuring” the naked players.

Speaking after returning from the European tour, he said during the programme: “I just walked off – I was having none of that.”

David went on to explain: “Then they came down these stairs, banging their chests and things flopping everywhere.

“I took my gloves off and said ‘find another goalie’, and walked off. I was worried about injuring them.”

Elsewhere, David has been named Yorkshire’s Biggest Saver and has teamed up with Plusnet to create a book featuring all of his top money saving tips.

Speaking about the exciting project, the sportsman said: “I’m well happy with being Yorkshire’s Biggest Saver!

“Obviously I’m an ex-footballer, so I was very privileged, but even then I would never use the first quote and I would always shop around on cars and when they come and visit your house and do a quote, I would never be there because if they saw me they’d double the price.

“It’s something that I’ve always been aware of and it’s probably because money wasn’t around when we were kids.

“Me and my brother and my mum and dad lived in a terraced house until I was 14 without any inside toilet or bathroom and with an outside toilet and tin bath.”

He added about the book: “It’s a lighthearted look at saving money and obviously times are hard at the moment.

“It was just a great idea of me remembering my childhood days and my career and how I used to save money and little tips like getting free scraps at the chip shop and all that sort of thing.”

This Yorkshire Day, Plusnet is giving the nation a Yorkshire-style gift of great value with the free Yorkshireman’s guide to value ebook ‘Save It Like Safe Hands’ created with King of Saving David Seaman. You can get good value on your broadband all year round at plus.net