Debbie Reynolds and Eddie Fisher never reconciled after their messy divorce. The singer left his actress wife after four years of marriage for Elizabeth Taylor, one of Reynolds’ closest friends. While Reynolds and Taylor eventually mended their friendship, that never came to fruition for Reynolds and her first husband. And she made clear why that wouldn’t happen in interviews throughout the rest of her life. 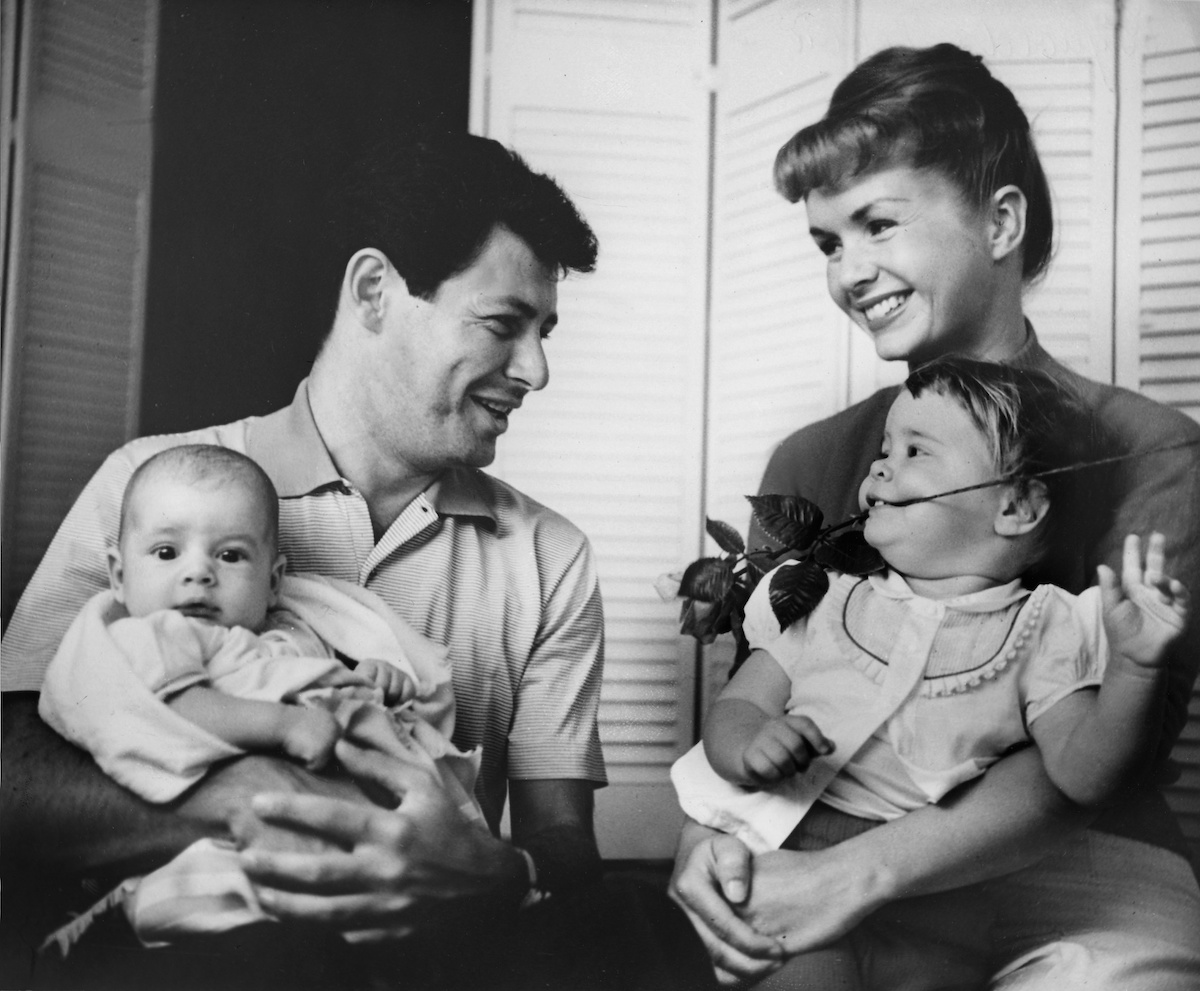 Debbie Reynolds and Eddie Fisher were married from 1955 to 1959

Reynolds and Fisher were America’s sweethearts during their short marriage. They got even more popular after welcoming Carrie and Todd in 1956 and 1958. But their idyllic Hollywood image was shattered when Fisher left Reynolds for Taylor in 1958 following the death of her third husband, Mike Todd. They married in 1959. It was the scandal of the ages, and perhaps the most shocking part about it was how open the three were about talking about the affair in the press.

Nowadays, it’s rare for high-profile celebrities to comment on their relationship drama, but Taylor, Reynolds, and Eddie each did their fair share of publicly commenting on the infamous love triangle.

Reynolds basically agreed with Taylor—you can’t break up a happy marriage. But that doesn’t mean she thought Taylor and Fisher’s was a happy one.

In a 1983 interview with People, decades after the dust had settled, Reynolds said, “I never felt bitter about Elizabeth. A man doesn’t leave a woman for another woman unless he wants to go. You know, when Mike Todd died, I sent Eddie to help Elizabeth. I don’t think she ever really loved Eddie. He was an interim interest during her mourning period.” 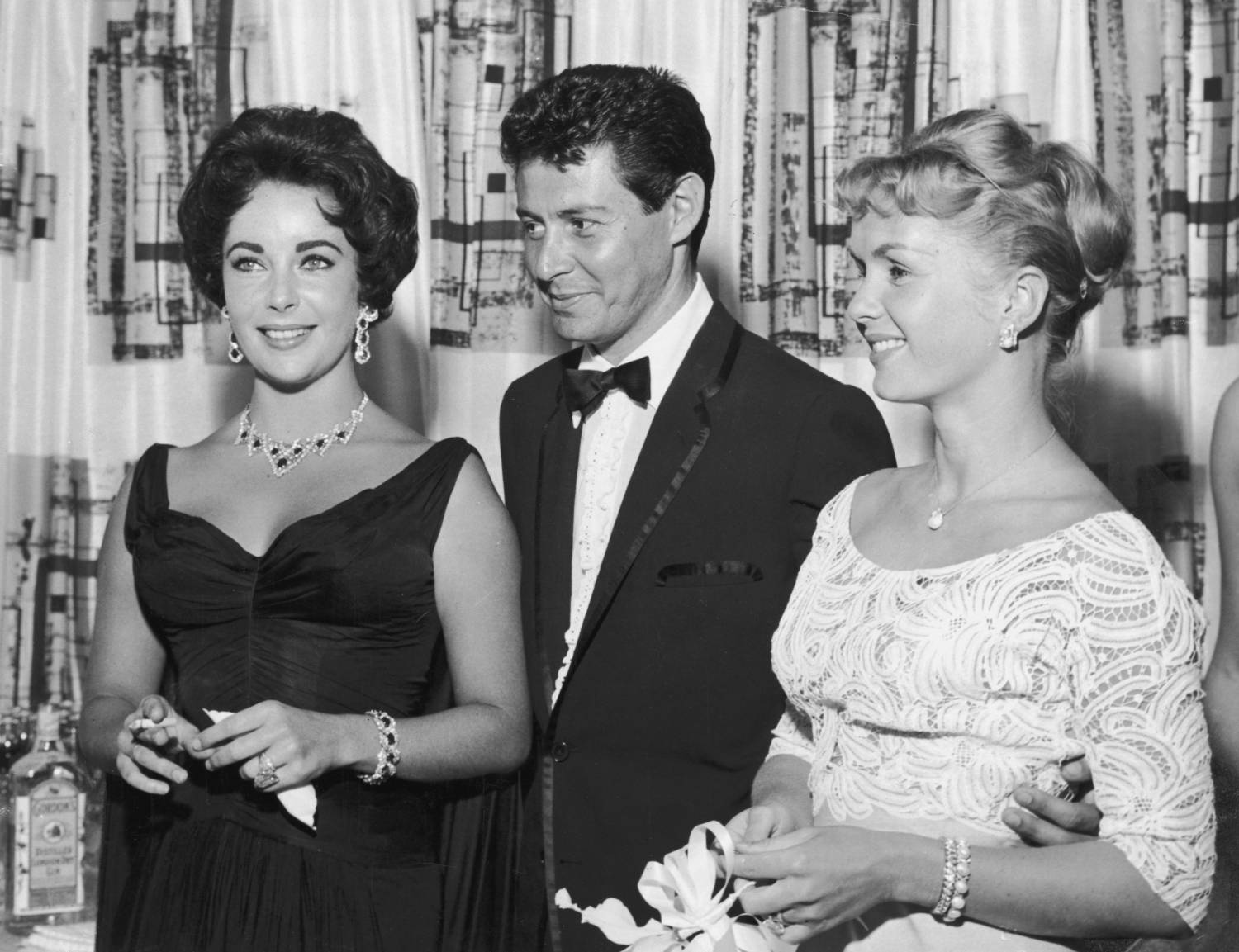 Fisher, however, was by far the most critical in his comments. In his 2000 memoir, Been There, Done That, Fisher slammed his first ex-wife, calling her “the iron butterfly.”

“Debbie’s whole life has been an act,” the singer continued. “When I left her for Elizabeth Taylor, she should have won an Academy Award for her portrayal of the wronged woman.”

The comments were poorly received. He seemed to have forgotten that most people thought it was wrong of him to ditch his wife and their babies. Not to worry, Reynolds got her own dig in.

In a 2011 interview with The Daily Beast, Reynolds commented on the time she said in an appearance on Oprah that Fisher wasn’t well endowed. And that’s when she slammed her ex for being an absent father who never looked back after their split.

“Yes, and besides that his brain wasn’t that big either,” she told The Daily Beast. “Carrie says he turned out to be the nicest of my husbands. But he didn’t support the children. He didn’t call them or send Christmas or birthday presents, or cared about their education or their lives. Why should I respect that? I married very poorly. If I knew why, I would go back and redo it all.”

In her own interview with Oprah (during which Reynolds made an appearance), Carrie echoed that sentiment.

“I was defined more by his absence than his presence,” she told Oprah Winfrey.

In her 2016 memoir The Princess Diarist, Carrie revealed she had an affair with Harrison Ford while filming the first Star Wars movie. In the book, she called Ford her “ideal mate” because of he was “unobtainable, disinterested, attractive, and bored with my company”—traits that, as she explained, subconsciously reminded her of her absent father.

While Reynolds and Carrie’s relationship wasn’t always perfect (because of her own experiences with affairs, Reynolds didn’t approve of Carrie revealing her affair with Han Solo), they were still very close. Their admiration and love for each other was clear in their various appearances. After Carrie died on Dec. 27, 2016, and Reynolds died the very next day, Todd said the heartbreak of losing Carrie was too much for his mother.

As Todd told Variety, “She wanted to be with Carrie.”

Who Is the Most Organized Kardashian?