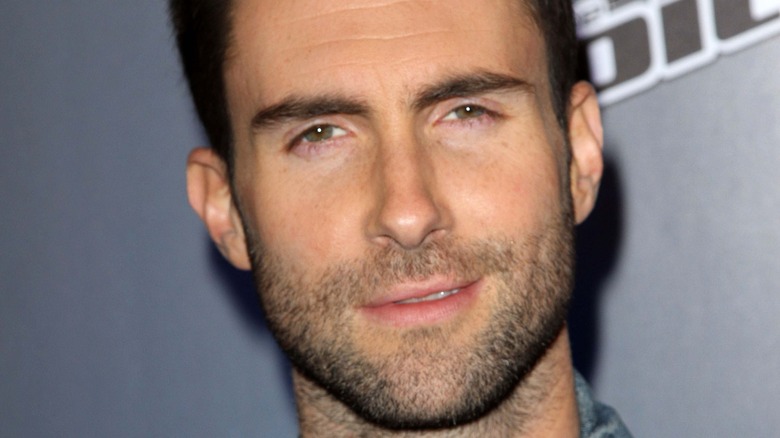 Blake Shelton and Gwen Stefani tied the knot over the Fourth of July weekend. The longtime couple said their vows in an intimate ceremony, which took place in a small chapel that Shelton had built on his Oklahoma property especially for the wedding (via The Sun). On Tuesday, the happy couple’s close friend, Carson Daly, revealed some major details about the highly emotional ceremony, per Us Weekly.

“At the wedding, Gwen starts and she wrote this [speech] saying, ‘Since I was a little girl… blah blah blah,’ and she crushes [it], not a dry eye in the church. It was so perfect that I said to Blake when she was done, ‘Top that, buddy,'” Daly recalled, adding that Shelton left the crowd in tears when he sang his bride a special song. “Guitar comes in, stool, next thing you know, he wrote her a song, and he sings her a song — while he’s crying — that he wrote specifically for her. ‘Reach the Star,’ I think it was called. Not a dry eye in the house. That was a highlight,” Daly added.

While it seems that Shelton and Stefani had a perfect wedding day, there was one person who was very noticeable absent from the nuptials.

Adam Levine was spotted working out in Miami over the weekend 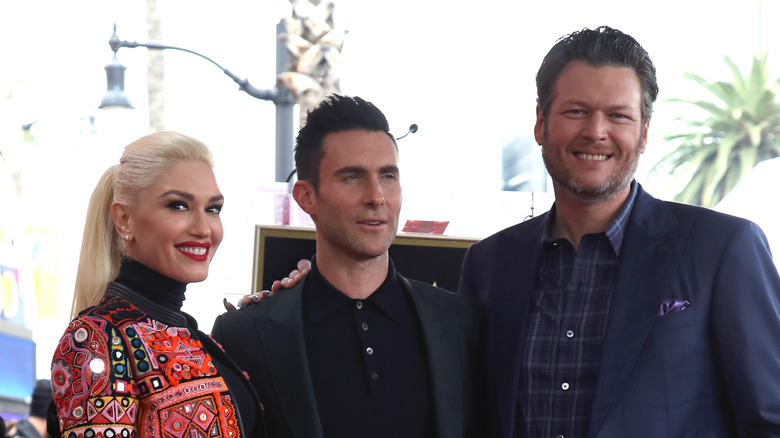 According to Page Six, Blake Shelton and Gwen Stefani’s wedding ceremony was officiated by their close friend Carson Daly. Both Shelton and Stefani have worked with Daly on “The Voice,” and the longtime TV host seemed to be the perfect pick to lead the couple’s nuptials. However, Shelton’s close friend and the couple’s former “The Voice” co-star, Adam Levine, wasn’t in attendance for their big day. Instead, the Maroon 5 singer was in Miami, where he’s reportedly been busy recording. In addition, he also spent the holiday weekend with his wife, Behati Prinsloo, and their daughters. Us Weekly reports that Levine was also spotted working out in Miami while Shelton and Stefani readied for their big day.

While neither Levine nor Shelton has spoken out about why the “Memories” singer didn’t show up to the wedding, there doesn’t seem to be any trouble between the friends. Back in March, Levine spoke out about his friendship with Shelton, revealing that the pair keep in touch despite Levine’s departure from “The Voice” (via People). “We keep in touch constantly. We’re always keeping tabs with each other — texting or FaceTime or however we can do it,” Levine said of his relationship with Shelton.