The rap icons started a verbal sparring match over who has had a more successful career within the music industry!

There’s nothing wrong with a little friendly competition! Jermaine Dupri, 48, and Diddy, 51, got into it during an Instagram live session with fellow rap legends Fat Joe and Snoop Dogg on Friday September 17. The pair were discussing a hypothetical Verzuz match, where they’d each put their biggest hits up to the test against each other, and things started getting heated, as Diddy challenged Jermaine.

Part of the beef seems to have stemmed from Diddy claiming that Jermaine — who’s worked with artists like Mariah Carey, Jay-Z, Alicia Keys, and Weezer, just to name a few—didn’t have enough hit songs to go up against him in a Verzuz battle. “I had the most number ones as an artist,” Diddy yelled at the camera. Jermaine clapped back that he felt he had more number one hits. “We talking about number ones, I thought you were talking about over me. You, as an artist: I applaud you,” he quipped. It’s worth noting that both artists have massive discographies between their own songs and tracks that they’ve produced for other musicians.

After Jermaine’s response, the Bad Boy Records founder took his coldest swipe at the legendary producer, and demanded that he face-off against another legendary hitmaker Dr. Dre, before dropping off the call. “I don’t even hear them play none of your s**t. When they go back in the club, I don’t hear nobody play none of your s**t,” he said. “I want Dre!”

Earlier in the livestream, Jermaine dissed Diddy’s first pick for a song to lead off a Verzuz: 1997’s “Victory,” which features an appearance by Busta Rhymes and Notorious B.I.G. “The man said I don’t have enough hits, right? Every song that I could play, if I wanted to, would be a number one record. He just told me he was gonna start off with a mediocre-a** song,” Jermaine said. “I got more than 20 number ones.” 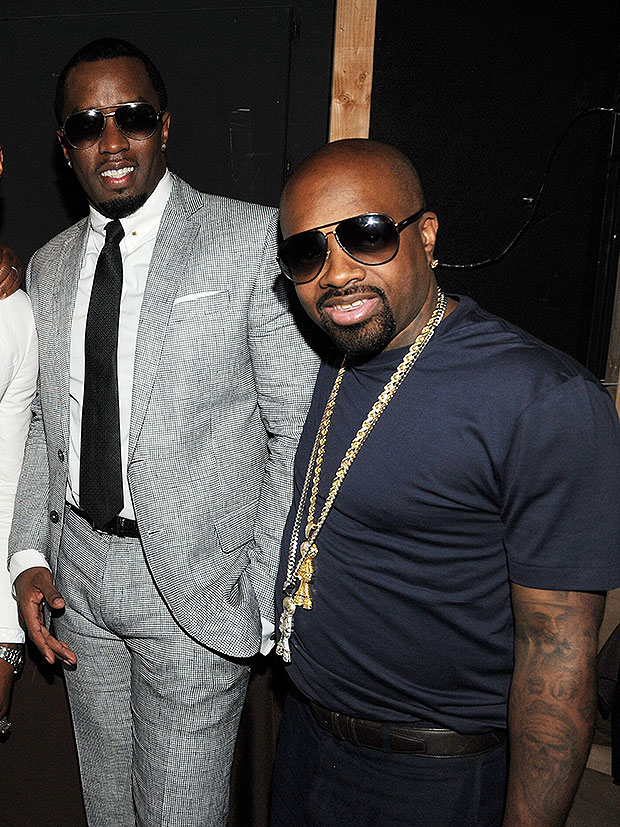 At one point, Jermaine said that he had sold more R&B records than Diddy had and mentioned some of the rap mogul’s product deals, taking away from his focus on the music. “You don’t have anything R&B that sold 10 million,” he said. “You sell alcohol. I sell records.”

At another point, Diddy called Jermaine “soft as butter,” but the producer taunted Diddy with one of his most well-known songs: “Big Poppa” by Notorious B.I.G. “Can you play my remix of ‘Big Poppa’ please, because it’s better than yours, and I got a new verse on that mothaf**ka,” Jermaine said. Diddy lashed out and accused Jermaine of “messing up his legacy.” Jermaine kept calling Diddy “scared.” Before he left, Diddy also smiled and made sure to mention that he and Jermaine are close, and it seemed like the whole exchange was playful.

When Will ‘Schitt’s Creek’ Season 6 Be On Netflix? Fans Need Answers ASAP