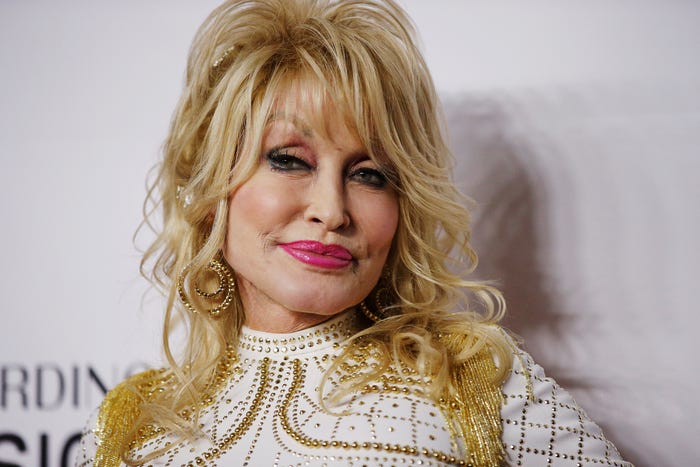 During an interview on the Today show, the 74-year-old singer-songwriter said: "I think we've just become so divided because people just seem to love to hate."

Parton, who has traditionally stayed away from voicing her political opinions, continued: "The Christmas season is coming up, but we need to carry that Christmas spirit of peace on Earth, and loving one another.

"We need to carry that into the new year, and lord knows I hope next year is better than this one. We can't save the world, but we can save the world we're living in."

The "Jolene" singer added: "Maybe I"m dreaming, but I don't think so."

Earlier this week as the results for various COVID-19 vaccine trials were released, people tweeted out in surprise after finding Parton's name attached to the funding of the research.

One person on Twitter said: "Of course Dolly Parton was involved in funding a vaccine that has a 95% protection!!!"

Another suggested that the vaccine be named after the country singer.

In April, the "9 to 5" singer announced that she would be making a $1 million donation to aid research into a coronavirus vaccine.

In a series of Twitter posts, she said: "My longtime friend Dr Naji Abumrad, who's been involved in research at Vanderbilt for many years, informed me that they were making some exciting advancements towards that research of the coronavirus for a cure.

"I am making a donation of $1 million to Vanderbilt towards that research and to encourage people that can afford it to make donations."

Later this year Dolly Parton is set to make her Netflix debut with her own holiday musical titled "Dolly Parton's Christmas on the Square."

Dolly Parton sparked a viral meme and inspired celebrities to show the difference between their Instagram, Facebook, LinkedIn, and Tinder pictures

Dolly Parton has been married for 52 years. Here's what she says is the secret to her successful marriage.

I visited New York City in March and found a ghost town. Eight months later, I retraced my steps and saw the landmarks are coming alive again.

How Miley Cyrus Really Feels About Liam Hemsworth After Their Divorce

‘This Is Us’ Finale Delayed: When You’ll Be Able To See The Anticipated Episode