Drew Barrymore put herself in the hot seat for a round of ‘dirty questions’ on Feb. 10! The host revealed that she loves a ‘good skinny-dip’ and recalled a time when she ‘totally got it on in a car’!

Drew Barrymore spilled the hottest tea on her talk show on Wednesday! The actress turned host, 45, who’s the new face of Garnier’s Whole Blends hair products, celebrated her new role by answering “dirty questions” in a new segment titled, “Coming Clean with Garnier Whole Blends”. Television personality, Ross Matthews asked the questions, while Drew’s hair stylist, Mr. Daniel assisted with the segment. How did it work? — The more questions Drew answered, the more Garnier shampoo Daniels pumped into her hair. The goal? — To get as much shampoo as possible in Drew’s hair. 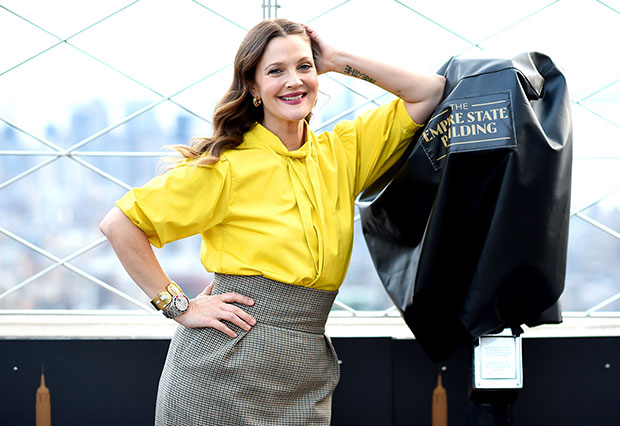 “Duh, yeah! I love a good skinny-dip!’ said Drew, gushing, “I love skinny dipping — it’s so fun. Maybe it’s like more of a girl thing. I definitely do that with girlfriends, my daughters, like, just off with the clothes and into the water.”

As the game went on, the questions became more personal. “Have you ever like totally got it on in a car?”, Ross asked, to which Drew smiled and brought her hands to her face. “Ross!” she yelled before admitting, “Who hasn’t?” Though, the Charlie’s Angels alum didn’t divulge any details about her backseat hookup.

Later on in the game, Ross asked, “When you’re being intimate with someone, are you a lights off or lights on kind of person?” And, let’s just say that Drew doesn’t mess around when it comes to any type of lighting.

“I’m very weird about lighting,” she said, explaining, “I like natural light from the day or very soft, lights. I’m very lighting sensitive in any scenario.”