Keeping the peace. Duchess Kate and Meghan Markle have put their differences aside after months of strain, a source reveals exclusively in the new issue of Us Weekly.

William and Kate’s Strained Relationship With Harry and Meghan: A Timeline

“Tensions have eased between Meghan and Kate,” the insider says, referring to the difficult relationship between the pair since Meghan, 39, and her husband, Prince Harry, gave their bombshell interview to CBS earlier this year. “Kate even sent Meghan a gift for the baby. They’re in a better place and have exchanged texts since the birth of Lilibet.” 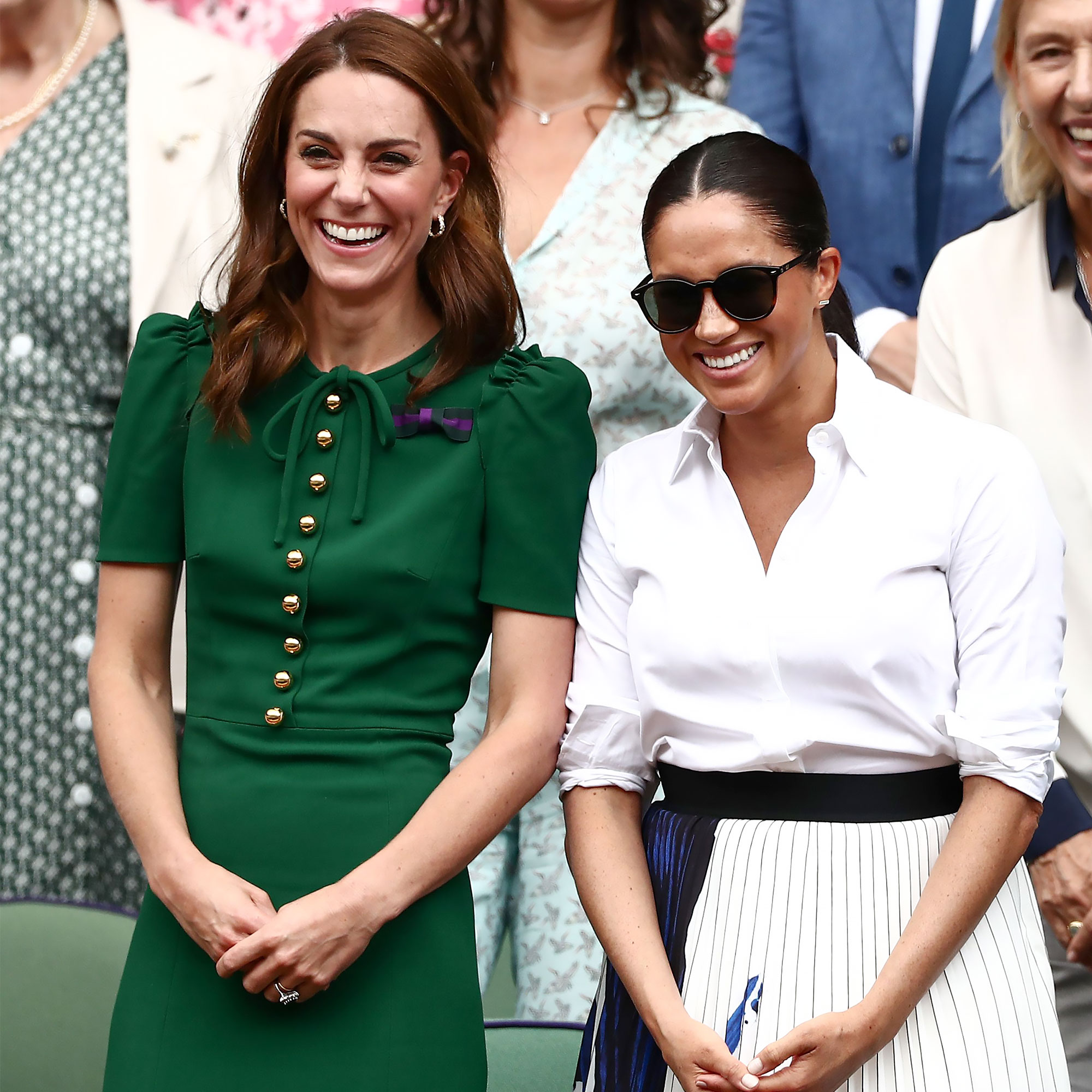 At one point during the explosive tell-all in March, the Suits alum said that the Duchess of Cambridge, 39, had made her cry in the run-up to her May 2018 wedding to Harry, 36. Initial reports suggested that it was the other way around, with Meghan leaving Kate in tears after an argument. “The narrative with Kate, it didn’t happen,” the Bench author explained. “A few days before the wedding she was upset about flower girl dresses and it made me cry. It really hurt my feelings.”

After the interview, a source told Us that the two women had not spoken in over a year, thanks in part to the growing rift between Harry and his brother, Prince William. “There is real animosity that the brothers have toward one another, and that has spilled over to Meghan and Kate’s relationship, making it very hard for them to be friends or even friendly,” the insider said in March.

Now, however, the pair have mended fences. “The bridesmaids dress incident took place so long ago and [it] feels pointless to hold onto the anger,” the first insider explains. “It’s wasted energy. They’ve called it truce.”

The arrival of Harry and Meghan’s second child has also helped ease any remaining tension between the in-laws. The Sussexes welcomed their daughter, Lilibet “Lili” Diana, on June 4. They also share son Archie, 2.

“The birth of Lili has brought Kate and Meghan closer together,” the source tells Us. “They’ve bonded over both having daughters and can’t wait for all the cousins to meet.”

Kate, for her part, shares Prince George, 7, Princess Charlotte, 6, and Prince Louis, 3, with William, 39. Though the brothers reunited on Thursday, July 1, to unveil the new statue of their late mother, Princess Diana, their wives and children didn’t attend the ceremony.

“Out of respect for Harry and William, [the royal family] wanted it to be just about Diana’s sons and not a huge public affair,” a source told Us after the ceremony. “Kate was definitely supporting William while physically not being there and really wanted to attend, but the family as a whole decided it was best for the kids and her to stay home.” Meghan, meanwhile, stayed home with Lili, 1 month.

For more on the relationship between the duchesses, watch the video above and pick up the latest issue of Us Weekly, on stands now.