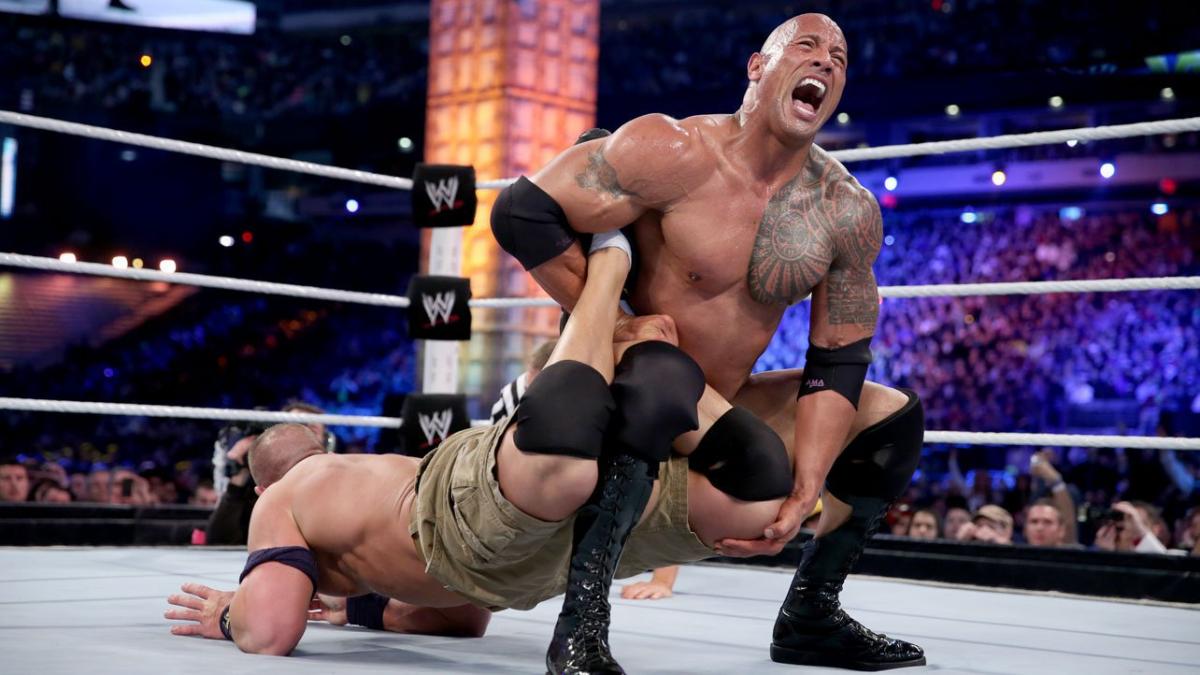 Dwayne ‘The Rock’ Johnson was named the Sexiest Man Alive in 2016 by People magazine, but even he’s not perfect – apparently.

The former WWE champion has become a blockbuster Hollywood star since leaving behind his wrestling career, but an in-ring return against John Cena at WrestleMania 29 in 2013 saw him suffer a nasty injury which has actually had an impact on his figure to this day.

The Rock, who ended up tearing his abdominal and abductor muscles and suffered a hernia, has opened up on the incident during a chat with Jungle Cruise co-star Emily Blunt for WIRED’s The Web’s Most Searched Questions.

Dwayne branded a question about his seemingly imperfect abs ‘f***ed up’, but laughed as he explained: ‘All these Instagram fitness models have these incredible six-, eight-, 12-, 24-pack stomachs.

‘I’ve got, like, a five-and-a-half pack, sometimes a four-and-a-half-pack! But the problem was, which a lot of people don’t know, in a wrestling match, I tore the top of my quad off my pelvis…

‘It caused a chain reaction and it tore my abdomen wall. I had to do a triple hernia emergency surgery for [three tears]. So, they’re not perfect abs.’

Dwayne’s opened up about the match, his most recent in WWE besides a six-second win over Erick Rowan in 2016, in the past and previously revealed he couldn’t actually feel his leg during the clash.

Reflecting on the showdown on Instagram, he said: ‘I was laying there and I thought, “Well there’s no bones sticking out, so my cards are gonna be what they’re gonna be right now, and I’m gonna finish this match”.

‘Again, to identify the why, why was it important for me to finish this match?

‘Because an injury that severe, I would’ve been well within my right to tell the referee and tell John Cena in the middle of the match, “I can’t go, I don’t know what the f**k just happened to my leg.

‘”I can’t feel it, nor can I really move it. So I have to rely on momentum to move my leg. Something’s really wrong.” I could’ve, but I didn’t – why?

‘Because… hand shake. I gave my word that I was going to finish that match and put on a show for the fans, for the company, and for my opponent John Cena – who’s my dance partner – and for the locker room.’

The Rock’s been open about the affect of his in-ring career over the years, and even bared his backside on social media as he shared pictures from an acupuncture session and revealed his long injury list.