Elizabeth Olsen is forging her own path in Hollywood despite having two very famous sisters.

The 31-year-old Marvel star is the younger sister of twins Mary-Kate and Ashley Olsen, 34, who are known for their role on “Full House” and numerous films together in the early aughts.

“It’s definitely not a lot of people’s average childhood, but I don’t know if any of us look back at our childhoods and think of any of them as average,” Olsen admitted on Thursday’s episode of U.K. talk show “Lorraine.”

She added, “I guess it was unique to me and my sisters’ experience.”

Olsen revealed on SiriusXM’s “The Jess Cagle Show” on Wednesday that she was obsessed with her sisters’ famous Boho-chic style that became so popular.

“Everything my sisters have ever worn in my entire life I have wanted to wear still as an adult today,” the “Wind River” actress gushed. “I want their coats. I want their shoes. I want their dresses. And that is something that I never grew out of.”

The twins have since left acting to focus on fashion design. They currently have two lines: Elizabeth & James and The Row.

“My sisters didn’t love being on like live theatre. They didn’t love live audiences. They were pretty shy and it made them nervous,” Olsen said of the differences between her and her sisters. 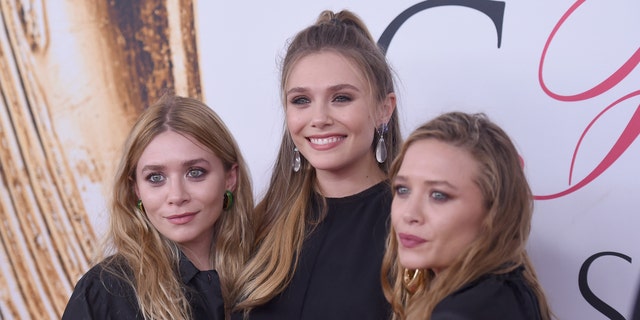 “I was the one that made everyone come to see me perform a musical that we made within two weeks and they had to see three of them every summer. They had to go to every dance performance and so it was always unique to me that I loved theatre and dancing and singing. And so it never felt like a following for me because it always felt like it was my path,” she described.

Olsen is currently starring in “WandaVision” on Disney+.

Teddi Mellencamp Claps Back At Hater Who Thinks Daughter Dove, 1 Week, Is Too Young To Be Out