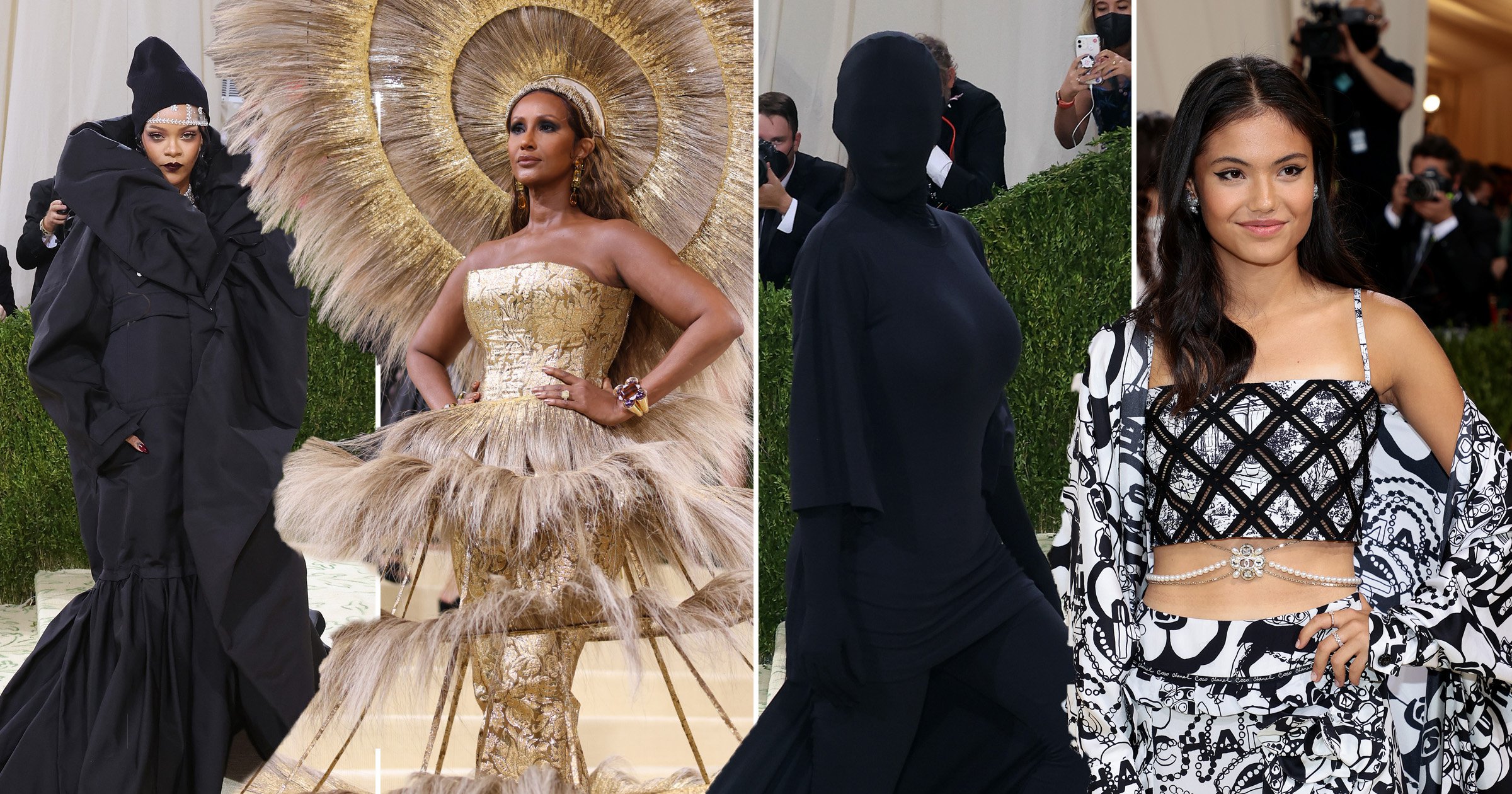 After a year and a half of living room photo shoots, cancelled events and questionable morale-boost attempts set to John Lennon songs, celebrities are back doing what they do best – giving us fashion to judge at the Met Gala.

Following a year off due to the ongoing pandemic, the most exclusive fashion event in the calendar took place last night in New York, with stars in some cases adhering to, in some cases completely ignoring, the theme of In America: A Lexicon of Fashion.

Emma Raducanu completed her transformation from A-levels student to A-list athlete as the 18-year-old made her Met Gala debut in black and white Chanel, days after winning the US Open.

The British teenager rubbed shoulders with some of the most famous names in showbiz and fashion, with Met Gala royalty and newbies pulling out all the stops.

Queen of the Gala Rihanna was fashionably late, with both she and boyfriend A$AP Rocky looking very cosy in comforters on the famous steps, while Kim Kardashian opted to cover up entirely in a full-face balaclava and a black gown.

Lil Nas X made a serious statement on his debut with three outfits – a giant Versace cape, followed by a gold suit of armour, followed by a bedazzled catsuit – while Jennifer Lopez clearly understood the assignment in Ralph Lauren.

Meanwhile, supermodel Iman blew everyone out of the water with an extravagant Harris Reed headpiece.

Here are all the best pictures from the biggest night in fashion.

Rihanna and A$AP Rocky in Balenciaga and ERL

… And Kendall and Gigi together