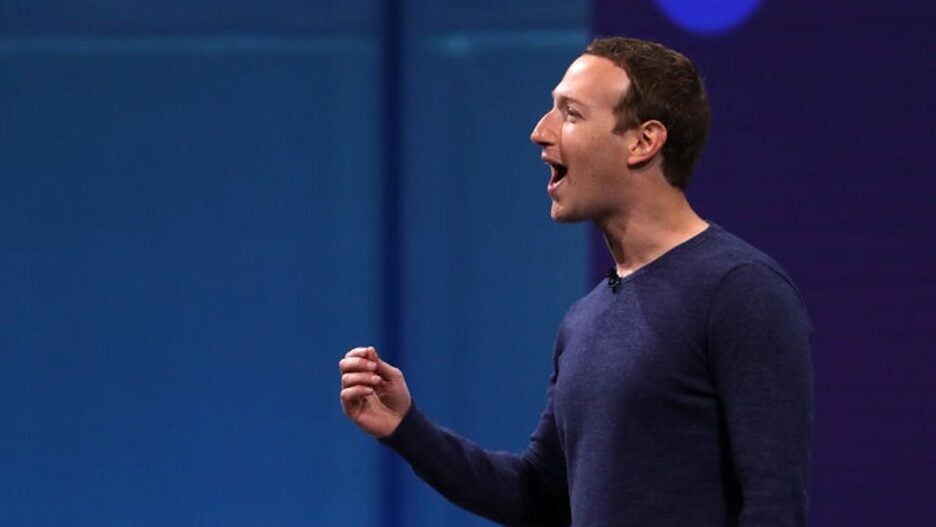 Mark Zuckerberg signed off on Project Amplify recently in an effort to use Facebook’s News Feed to show users positive stories about itself, according to a New York Times report published Tuesday.

Some of this pro-Facebook content was created by Facebook itself and would ultimately help improve its public image to the platform’s 3 billion global users. The initiative came out of a meeting in January with its executives centered on a discussion to transform Facebook’s image, according to The New York Times. One attendee of that meeting said several execs were “shocked” by what was proposed.

The offensive strategy included changing narratives in order to distance Zuckerberg from scandals, limiting outsider access to its internal data, hiding any negative reports about its content and increasing its own ads to boost the brand. Facebook and Zuckerberg had been blasted over the years over countless public crises over mishandling user data and privacy and misinformation and hate speech spreading on its platform.

Project Amplify involved execs across its marketing, communications, policy and integrity teams, with Alex Schultz, chief marketing officer, saying that five people worked with him in this rebranding effort. But Zuckerberg had approved all of those decisions, according to sources in the report.

The group further discussed in that meeting on how to use the News Feed to promote positive news about the company, content that was favorable about Facebook, and came up with their defintion for a pro-Facbook story. They also spoke about how their executives could appear less apologetic when handling PR crises.

Zuckerberg, who himself had come under fire over issues related to the 2020 election and misinformation rampant on the platform, was interested in showcasing himself as an innovator. In January, the company’s communications team created a strategy for how to focus on the CEO’s Facebook posts and media appearances talking about new products, with the goal of burying the negative content that associated him to other scandals.

Just last week, Facebook was devastated by a series of investigations by The Wall Street Journal, revealing that the company hid its internal research around teenage mental health and misinformation and downplayed their negative effects to the public.

Neil Jones: Strictly star speaks out after reports he has been demoted: ‘Never that good’