FKA Twigs is opening up more about the alleged abuse she suffered while dating Shia LaBeouf. The 33-year-old singer covers Elle magazine’s March 2021 issue and candidly talks about the alleged psychological trauma she went through before eventually ending the relationship.

FKA and LaBeouf dated for about a year after they met when she was cast in his 2019 film, Honey Boy. In December, she filed a lawsuit against him, accusing him of “relentless abuse” including sexual battery, assault and infliction of emotional distress. LaBeouf responded to FKA’s claims in emails to The New York Times, writing in part that “many of these allegations are not true.”

In her new interview, FKA details more disturbing claims against the 34-year-old actor, including that she feared he may accidentally shoot her. She alleged that he kept a gun by the side of his bed and was “erratic,” and that she feared if she got up in the middle of the night to use the bathroom, he may mistaken her for an intruder and fire. She claims she was so frightened that she sent a picture of the gun to her manager.

“[I never knew what would] make him angry with me,” she tells the magazine. “I thought to myself, ‘If he shoots me, and then if there is some sort of investigation, they will put the pieces together. I need to leave little clues.'”

FKA also talks about LaBeouf’s much reported method acting, and claims he bragged about shooting stray dogs to get into character for 2020’s The Tax Collector. LaBeouf plays an enforcer for a Los Angeles crime lord in the film.

“I said to him, ‘That’s really bad. Why are you doing that?'” she claims. “And he was like, ‘Because I take my art seriously. You’re not supporting me in my art. This is what I do. It’s different from singing. I don’t just get up on a stage and do a few moves. I’m in the character.’ He made me feel bad, like I didn’t understand what it was like to be an actor or to do this…Method.”

Later, FKA addresses the role her race had in their relationship, claiming he told her the only reason he cast her in Honey Boy was because they needed a young Black woman to balance the predominantly white male cast. She also notes his reputation as an ally of the Black community.

“I’m half Black, and yet he’s being hailed as an ally of the Black community during Black Lives Matter [protests]?” she says. “Meanwhile, I’ve woken up to him strangling me multiple times. I’ve not been able to breathe at his hands.”

These days, the singer says she has her life back, given that she no longer has to fear LaBeouf.

“I can work as late as I want. I can see my friends,” she says. “To be able to hit up Dua Lipa on Instagram, make a song with her, perform on her livestream, and have a new friend … and there’s no anxiety behind it. No fear of, like, ‘What is this going to cause for me? What trouble am I going to be in?'” 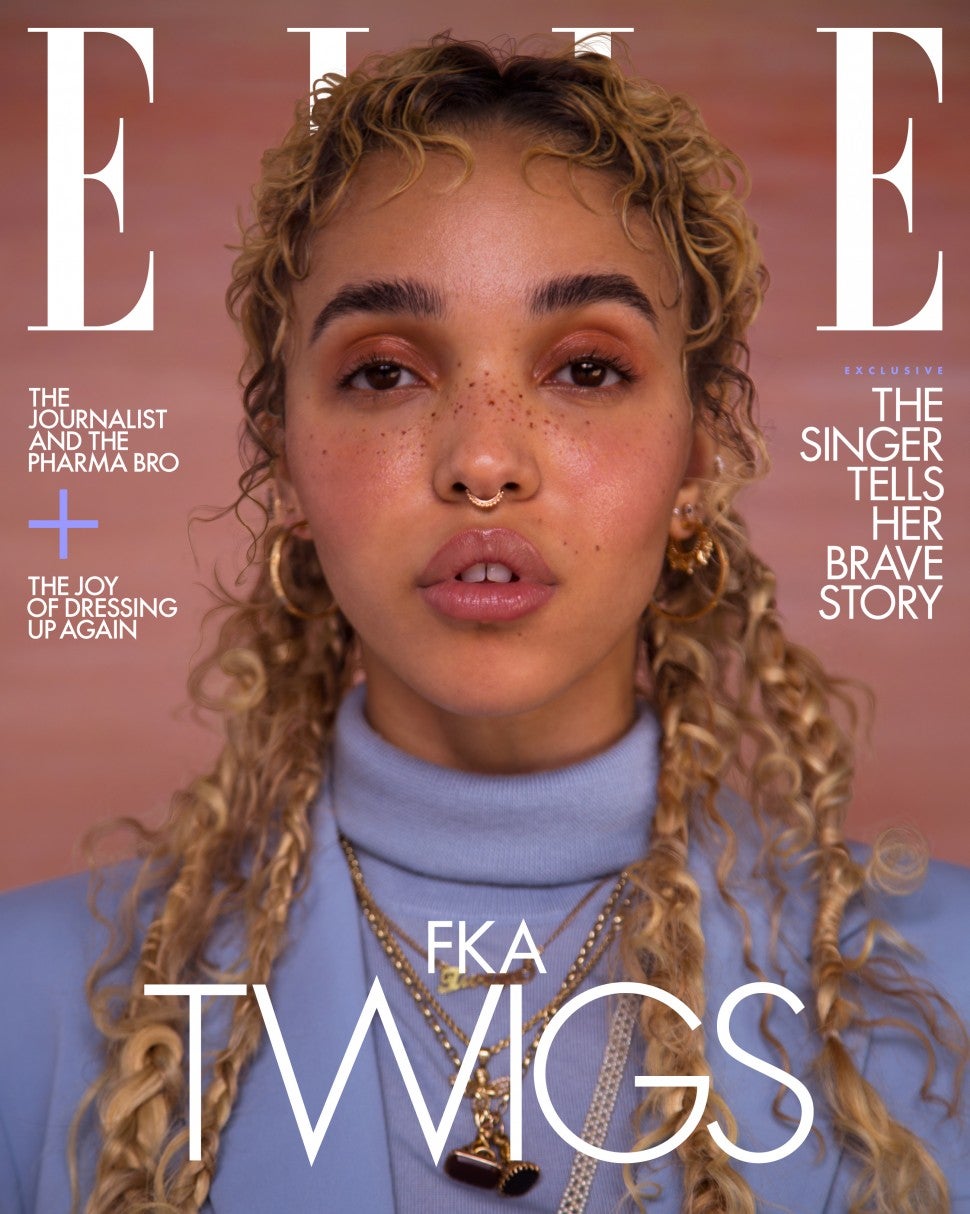 Meanwhile, in a preview of FKA’s interview with Gayle King for CBS This Morning airing on Thursday, she again talks about their intense late-night fights she says he instigated.

“He would often just start having an argument with me in the middle of the night, start accusing me of doing all sorts of things, planning to leave him in my head,” she alleges. “He’d wake me up, tell me I was disgusting, that I was vile.”

“Nothing was ever true,” she continues. “But this is the thing, but I would really doubt myself. You know, especially when I’d, like, wake up and he’d be like, ‘You were lying there with your eyes open, planning to leave me.’ And I’d be like, ‘I literally was asleep.’ But then he would, like, only want me to sleep naked because he said if I didn’t then I was keeping myself from him. So, you know, it’s a tactic that a lot of abusers use. It’s just this, like, constant availability, and everything centered around them. And I think, you know, that’s why I wanted to come out and talk about this. Because the signs really are there from the beginning.”

#EXCLUSIVE: @FKATwigs is speaking out to @GayleKing for the first time since filing a civil lawsuit against actor & former boyfriend, Shia LaBeouf.

Earlier this month, ET learned that LaBeouf is currently receiving inpatient care and has decided to step away from his acting career to focus on his health. He is now not currently represented by CAA. The actor was not fired by the premier Hollywood talent agency, but rather is on a hiatus with CAA.

In her interview with The New York Times in December about her lawsuit against LaBeouf, FKA claimed that during her relationship with the actor, he would grab her to the point of bruising, isolated her from her professional team and also knowingly gave her a sexually transmitted disease.

In an email to the newspaper about her claims, LaBeouf wrote, “I’m not in any position to tell anyone how my behavior made them feel. I have no excuses for my alcoholism or aggression, only rationalizations. I have been abusive to myself and everyone around me for years. I have a history of hurting the people closest to me. I’m ashamed of that history and am sorry to those I hurt. There is nothing else I can really say.”

“I am not cured of my PTSD and alcoholism,” he continued, noting that he was in therapy and a sober member of a 12-step program. “But I am committed to doing what I need to do to recover, and I will forever be sorry to the people that I may have harmed along the way.”

If you or someone you know is experiencing domestic violence, call the National Domestic Violence Hotline at 1-800-799-7233, or go to thehotline.org. All calls are toll-free and confidential.