Lindsey Buckingham and Kristen Messner are reportedly calling it quits after 21 years of marriage.

Messner, an interior designer and photographer, filed legal documents in Los Angeles County to dissolve their marriage of more than two decades, TMZ reported on Tuesday. According to the outlet, it’s unclear whether the pair has discussed any terms of the split.

The former couple shares three children together. Their youngest, a daughter named Stella, is 17.

According to the outlet, Messner and the former Fleetwood Mac guitarist/singer tied the knot in 2000 after meeting in the late ‘90s. She previously photographed him for the cover of one of his solo albums.

News of the breakup came on the same day that Buckingham, 71, announced his first solo album since 2011’s “Seeds We Sow.” The star’s new album, titled “Lindsey Buckingham,” is scheduled to be released on September 17. 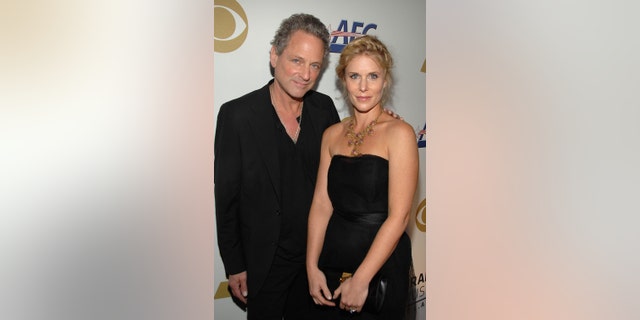 The album’s first single, titled “I Don’t Mind,” is “about the challenges couples face in long-term relationships,” Pitchfork reported. According to the album, it’s a theme in many of the new songs.

“Over time, two people inevitably find the need to augment their initial dynamic with one of flexibility, an acceptance of each other’s flaws and a willingness to continually work on issues; it is the essence of a good long term relationship,” Buckingham said in a press release, as quoted by the outlet. “This song celebrates that spirit and discipline.”

The outlet noted that Buckingham underwent open-heart surgery in 2019. He was poised to tour last year, but plans were canceled due to the coronavirus pandemic. He is expected to hit the road this September.

In 2018, Buckingham sued Fleetwood Mac after being kicked off the band’s tour. At the time, he was seeking his share of the tour income because he felt he was able to perform. The band disputed the allegations made by the songwriter. Mick Fleetwood later told Rolling Stone he and Buckingham reconciled.

A rep for Buckingham didn’t immediately respond to Fox News’ request for comment.

Camilla, Duchess of Cornwall Shares Childhood Memories of Reading with Her Father