Gary Lineker, 59, is currently self-isolating at home with his 28-year-old son George as the latter has been experiencing potential coronavirus symptoms. Today, George showed fans the extent of his symptoms by downing a glass of vinegar.

As I’m on day 12 of not smelling or tasting anything, I thought I’d give it a go

In his Instagram story, the app founder began by telling fans he was preparing for a “taste challenge”.

He went on say he is on “day 12” of “not being able to smell or taste anything”.

Gary’s son then poured himself a glass of vinegar with lemon to show fans the extent of his symptoms. 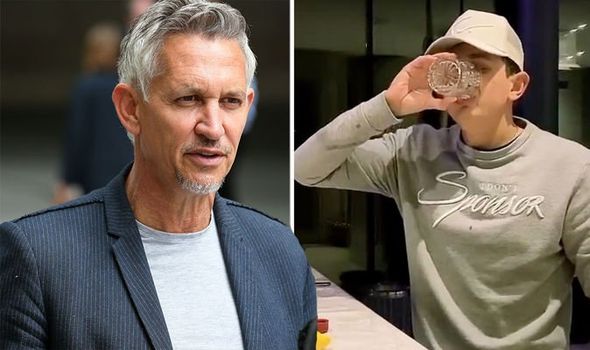 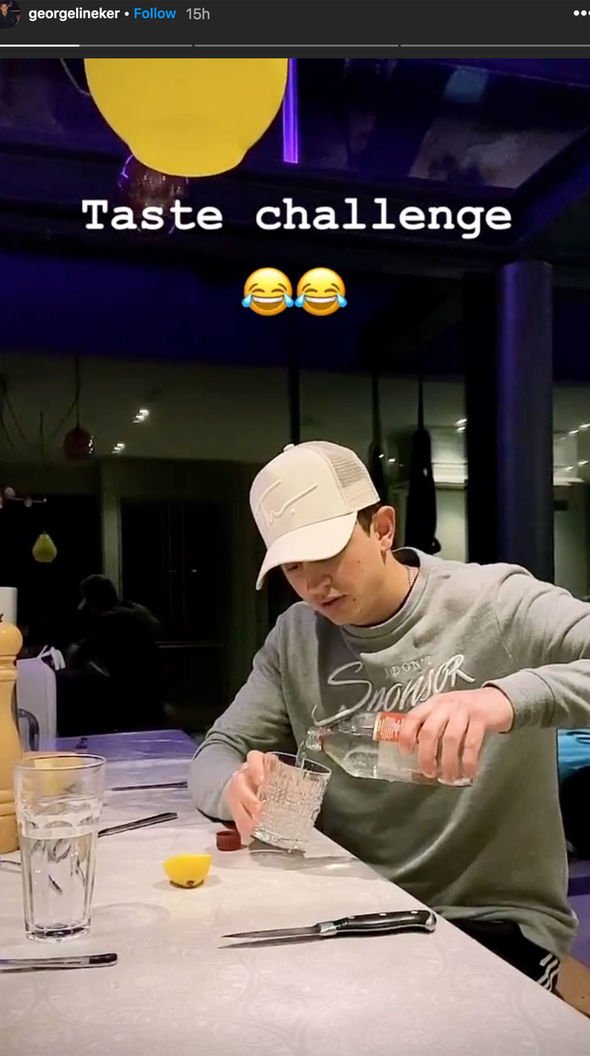 Instead, he just told fans the experience was “strange”.

He captioned the post: “Heard there’s a little taste challenge going around. As I’m on day 12 of not smelling or tasting anything, I thought I’d give it a go.” 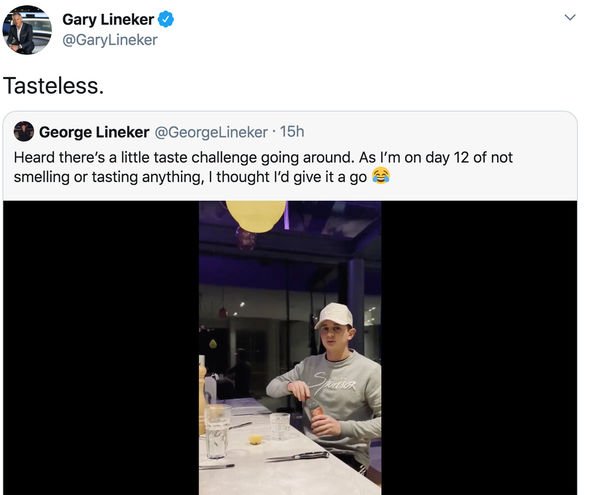 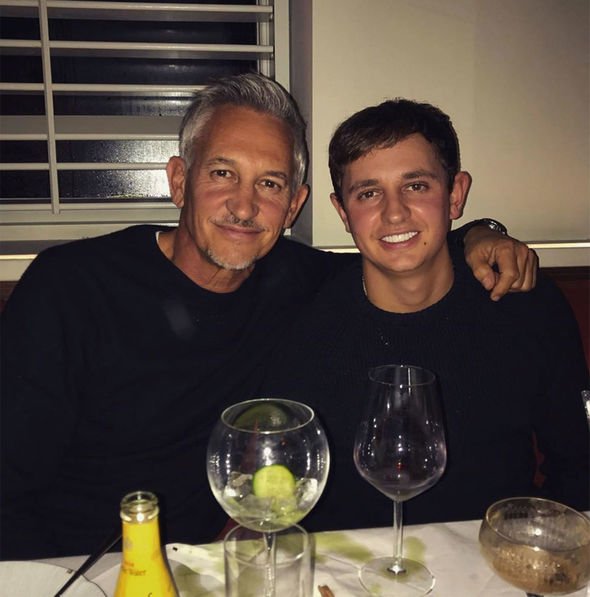 Last week, the Match of the Day host said he is self-isolating with his son due to the latter’s symptoms.

He wrote on Twitter: “In self isolation as @GeorgeLineker has symptoms.

“They’re not the regular ones, but complete loss of sense of taste and smell. Odd these have not been pointed out much.”

The main symptoms of the coronavirus are a new persistent cough and a fever, as stated by the NHS.

The Word Health Organisation has also said symptoms can include; a shortness of breath, aches and pains, sore throat and very few people will report diarrhoea, nausea or a runny nose.

Since then, medical experts have claimed that a loss of smell and taste had been discovered in patients with confirmed cases of the disease.

During the most recent Downing Street press briefing regarding the coronavirus, scientist Sir Patrick John Thompson said those signs could be a feature of the virus.

He said: “The symptoms that the Chief Medical Officer has outlined – and the ones that you should self-isolate on – are a persistent new cough or fever.

“Loss of taste and smell is something that can happen with other respiratory viruses.

“It does seem to be a feature of this from what people are reporting and it is something that people should take into account as they think about their symptoms.

“I think it’s for the Chief Medical Officer to decide at what point, if any, diagnostic change takes place in terms of self-isolation.”

Twitter Has Announced a New Close Friends Feature – Get the Scoop!