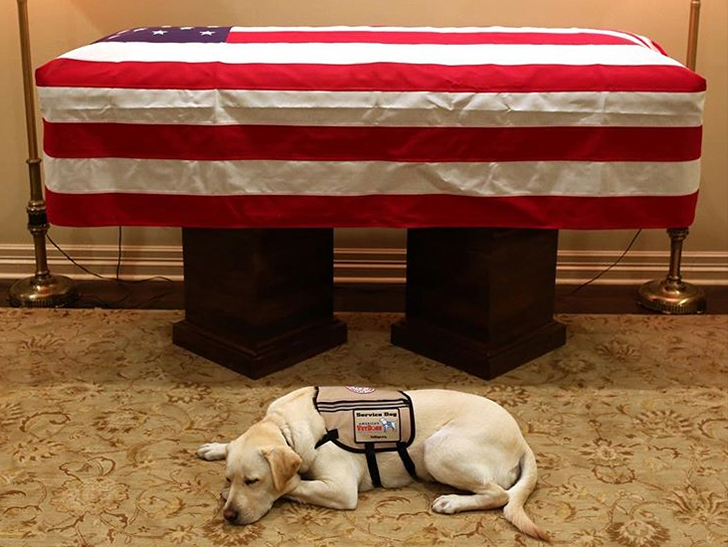 President George H.W. Bush‘s loyal companion remained by his side Sunday night — his service dog, Sully, keeping watch until the very end … and beyond.

In one of the more moving images since the 41st President’s passing Friday night … Sully was pictured laying in front of Bush’s casket in Houston, ahead of its Monday flight to Washington, D.C. The former Prez will lie in state at the Capitol until Wednesday, and Sully will be heading back east as well.

The service dog was assigned to former Prez Bush back in June, and Bush family spokesman Jim McGrath says Sully – trained by the nonprofit group America’s VetDogs — will be reassigned now.

43rd Prez George W. Bush said, “As much as our family is going to miss this dog, we’re comforted to know he’ll bring the same joy to his new home, [military hospital] Walter Reed,” 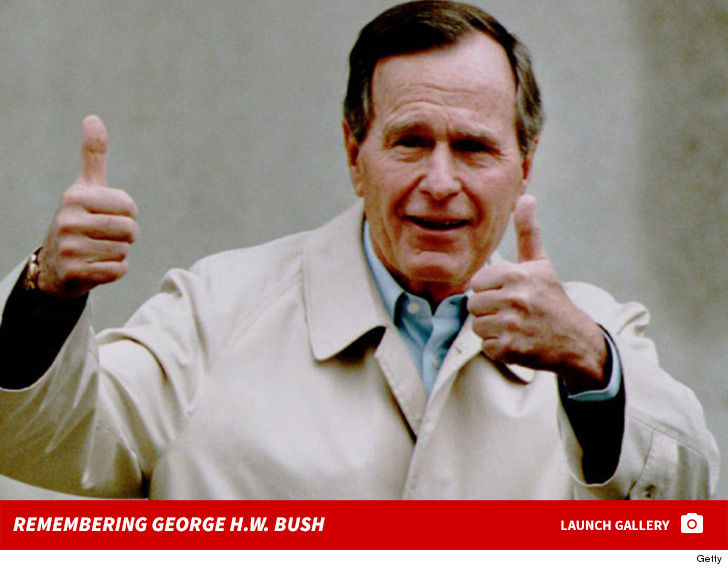