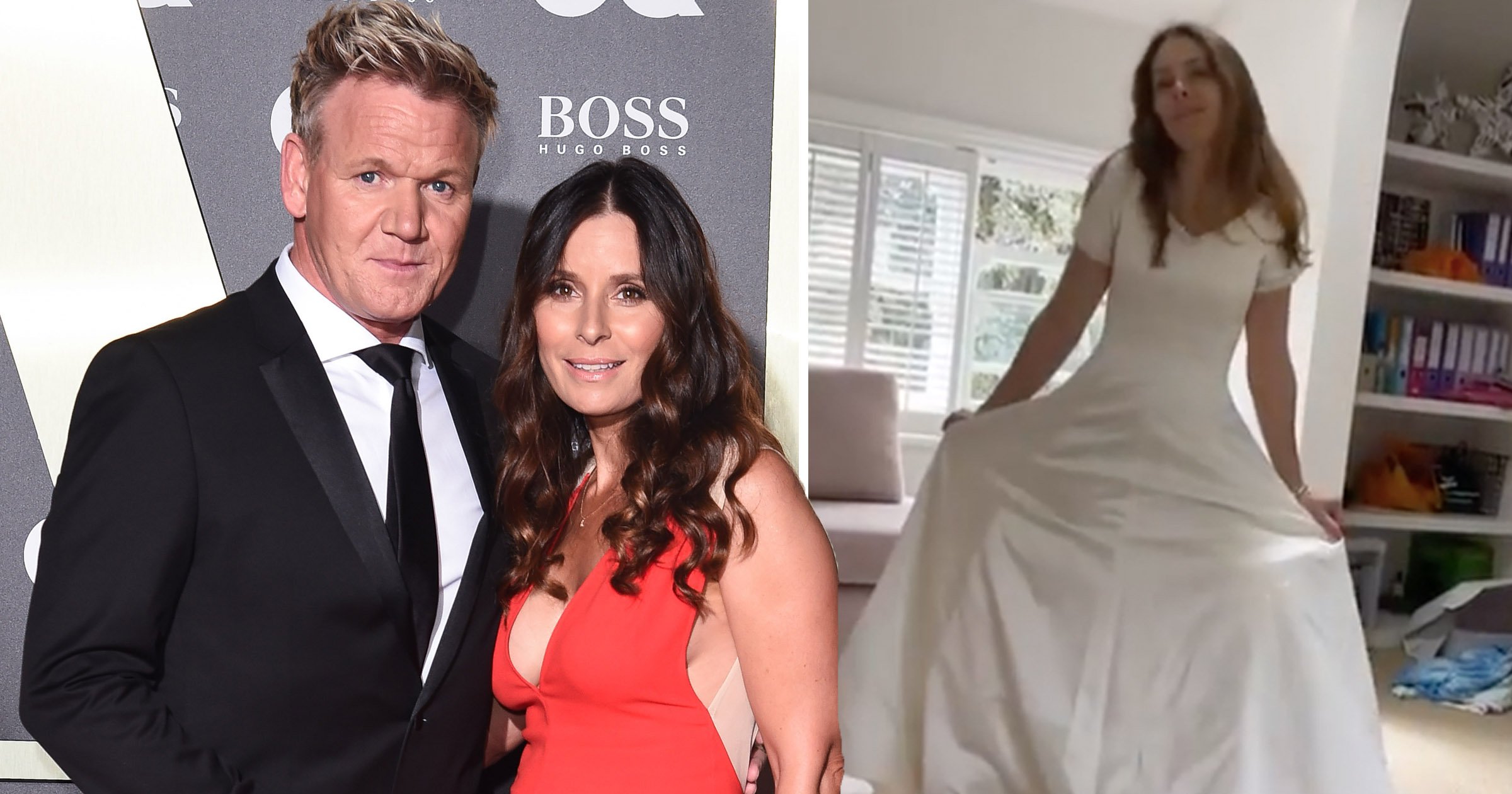 Gordon Ramsay’s wife Tana has shared a clip of herself in her 25-year-old wedding dress and she still looks every inch the stunning bride.

Taking to Instagram during the midst of a major house sort, the 46-year-old took a moment to try on her wedding dress and shared it with her followers.

Twirling around on a thick, cosy white rug, wearing the ivory A-line satin gown, Tana commented: ‘Clearing out our home and unearthed my wedding dress – 25 years and 5 pregnancies later and happy to say it still fits #mamasstillgotit.’

Laughing for the camera, Tana, who looked sensational, tagged her husband in her post.

Oscar was born after Tana had a miscarriage in 2016 when she was five months along. She and Gordon named their late son Rocky.

The cookery book author’s comments were flooded with admiration, as fans complimented her on how ‘stunningly beautiful’ she looked, as well as the ‘classic dress’.

Many suggested she should wear the dress again if her and the Hell’s Kitchen star ever renewed their vows, with one fan tagging Gordon in response to his comment with: ‘Time for a vow renewal Chef.’

In response to the quarter of a century that had passed since Tana last wore it, one follower wrote: ‘And not looking a day older! 😍’

Another commented, ‘You look amazing’, before joking: ‘You must have a fabulous metabolism having a chef for a husband making all those delicious meals!’

In early July, Gordon offered to pay for a couple’s wedding on a beach in Cornwall after his TV crew accidentally ‘gatecrashed’ their ceremony while filming for new show Future Food Stars.

Charlie Willis, 35, and his new wife Laura, 29, received a letter of apology from Gordon’s television production company Studio Ramsay, offering to pay the £1,300 their ceremony and meal for six on the private beach cost them as a goodwill gesture.

A producer for the company wrote: ‘I am mortified that we affected your special day.’

Privately-owned venue Lusty Glaze told Metro.co.uk: ‘The wedding party in question had not booked the whole beach at Lusty Glaze, they had opted for an entry level package so they hadn’t taken the necessary steps to secure exclusive use of the beach.

‘In what were very unusual circumstances, there was also a production crew filming at Lusty Glaze, however the production company has reimbursed the cost of venue hire to the couple as a goodwill gesture.’

How Does Prince Charles Really Feel About William And Harry’s Feud?

Regina King Talks About Her Full-Circle Oscars Moment: "My Mom Was Like the Lighthouse"