In a raunchy new video, Halle Berry opened up about exploring her sexuality and giving herself her first-ever orgasm at a young age.

Halle Berry and her bestie, Lindsay Flores, answered “crazy sexy questions” from fans in the latest installment of their Bad & Booshy series. One fan wanted to know when the ladies each had their first orgasm, and while Lindsay struggled to recall it, Halle knew exactly when hers happened. “I remember my first orgasm, and I did it to myself,” Halle said, proudly. “[I was] 11. I was figuring out my sexuality like most girls.”

Another fan wanted to know about Halle and Lindsay’s ‘craziest sexual escapades. Lindsay shared a pretty crazy story about having sex on the hood of her car at Laurel Canyon, but Halle stayed tight-lipped on this one. She refused to answer the question herself, but was definitely intrigued by Lindsay’s answer. “Were people watching you!?” she wondered, to which Lindsay replied, “Probably!”

Halle and Lindsay posted their first episode of Bad & Booshy back in October, and Halle explained the concept behind the web series. “You ever have that best friend that makes you feel a little more like yourself?” she asked fans. “A little looser, a little giddier, a little booshier? My #Booshy, @IamLindsayFlores! I’ve been rollin’ with her for well over 20 years now. Today, we’re answering your questions on friendship for our first ever episode of #BadAndBooshy.” 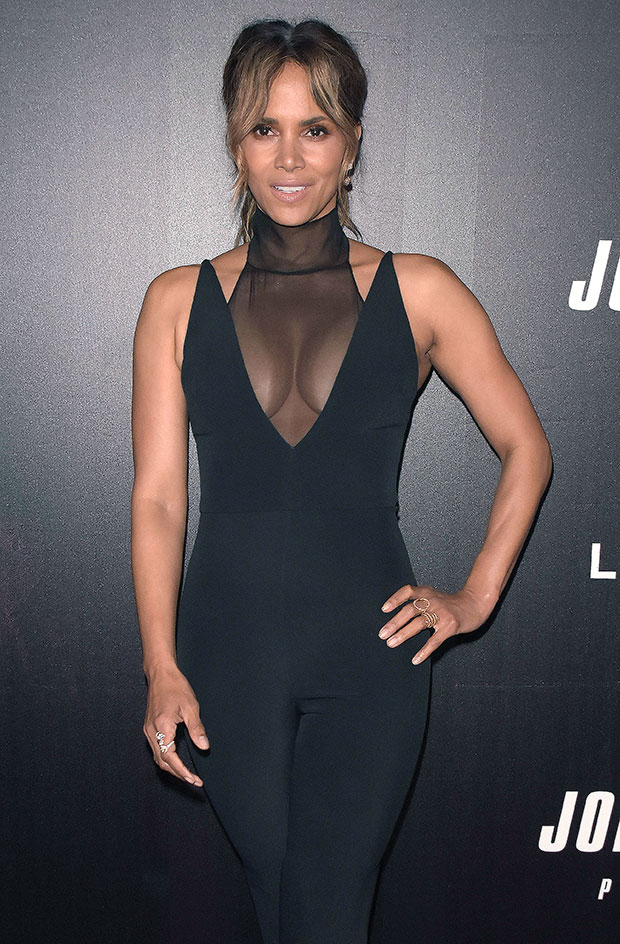 In addition to the first video, they encouraged followers to continue sending in questions for future episodes. It appears that the latest video about sex may be the last for this installment of the series, but Halle teased a ‘season 2’ in the caption. “Got something you want to ask us? Drop it in the comments below for #BadAndBooshy Season 2,” she wrote.

Lindsay’s Instagram page reveals that she’s a ‘fashion stylist’ and ‘interiors enthusiast.’ She also works as the Style Director for Halle and Halle’s health and wellness brand, Re-Spin. Clearly, there’s something about Halle’s friendship with Lindsay that makes her want to spill the tea — and the fans are absolutely loving it!

Since You're Curious, Here's What Ryan Gosling and Eva Mendes' Intimate Home Life Is Like