Halsey, who is expecting her first child, rocked a mustard yellow sweater and colorful clips in her hair when she stepped out with Alev Aydin for a shopping trip.

Halsey and her boyfriend, Alev Aydin have stepped out for a grocery run in Los Angeles. The “Without Me” singer, 26, cut a casual figure when she showed off her growing baby bump in a mustard yellow sweater for the June 4 outing. Her screenwriter beau, 37, joined her at Ralphs in Malibu, wearing a Steely Dan tee, wide leg jeans, and suede Birkenstock mules. He also wore gold jewelry and a baseball cap, as the pair both stayed safe in protective face masks. 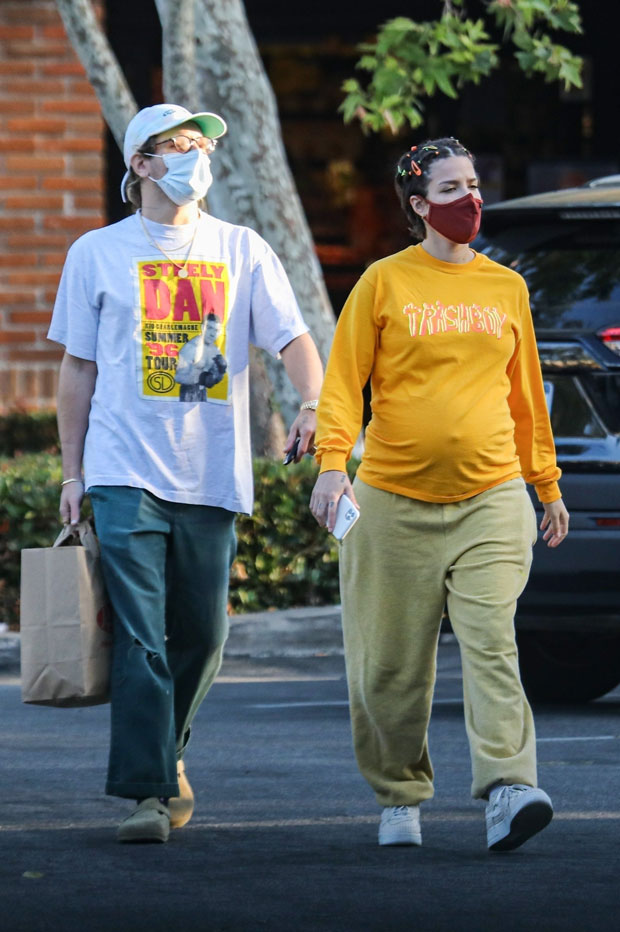 The expectant mom kept it comfy in loose green tracksuit pants, Nike Air Force 1s and a burgundy face mask. She pulled her hair back into a low ponytail and accessorized the look with a series of colorful hair clips. The outing came just a few months after they first revealed they were expecting a baby.

The singer surprised everyone in January 2021 when she revealed that she was pregnant with her first child. “Surprise!” she captioned her Instagram post. In the months since, she has hit back at trolls online who have “speculated” about her conception “Why is it ok to speculate and pass judgement [sic] about fertility and conception?” she asked in a March 1 Instagram story post. “My pregnancy was 100% planned, and I tried very hard for this bb. But I would be just as happy even it were another way.” 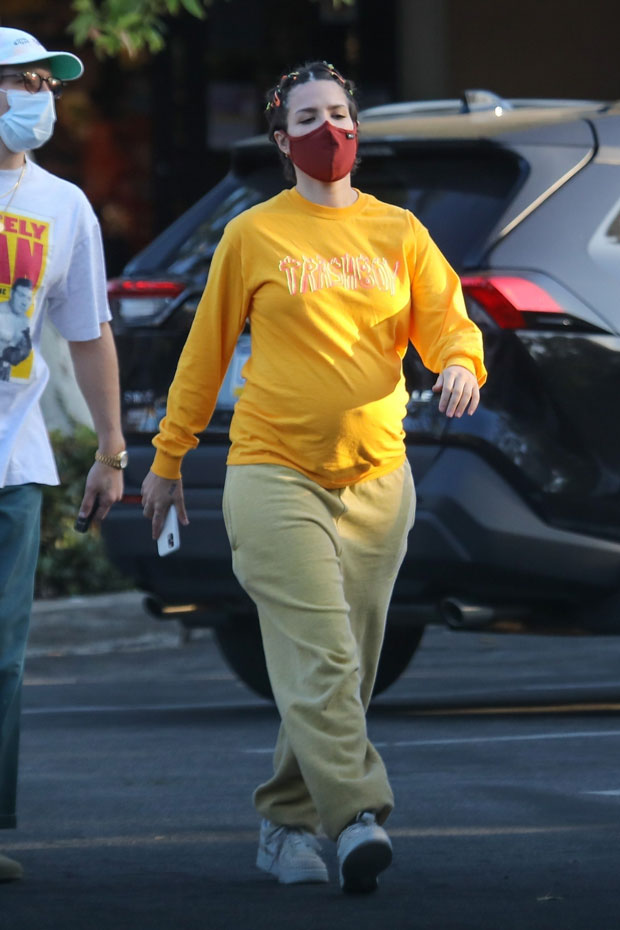 She also mused about how her body has been changing, as well as her own perception of gender. “I’ve been thinking lots about my body,” Halsey shared in a February 18 Instagram post, featuring a carousel of images from their day. “It’s strange to watch yourself change so quickly,” Halsey went on.

“I thought pregnancy would give me very strong, binary feelings about ‘womanhood’ but truly it has leveled my perception of gender entirely. My sensitivity to my body has made me hyper aware of my humanness and that’s all. Doing a remarkable thing. And it’s grand. I hope the feeling lasts. I cook a lot, sleep even more, and read lotssss of books. I miss my family. And you guys too,” the singer assured fans.