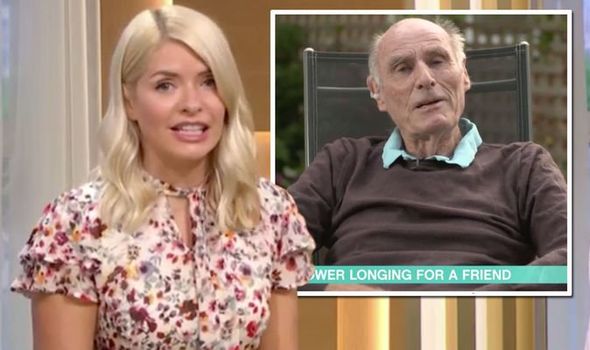 This Morning host Holly Willoughby was left visibly moved when she interviewed widower Tony Williams. The television star got emotional when she and co-presenter Phillip Schofield spoke to the 75-year-old via a video link from his home in Hampshire.

Tony told viewers that he was looking for a friend after the devastating death of his wife Jo – his “soul mate” – to cancer earlier this year.

He came to the attention of the media after he put a heartbreaking note on his window opening up about loneliness during lockdown.

He described the silence in his home as an “unbearable torture” and even put an advert in a local paper looking for a companion, only to have no response. 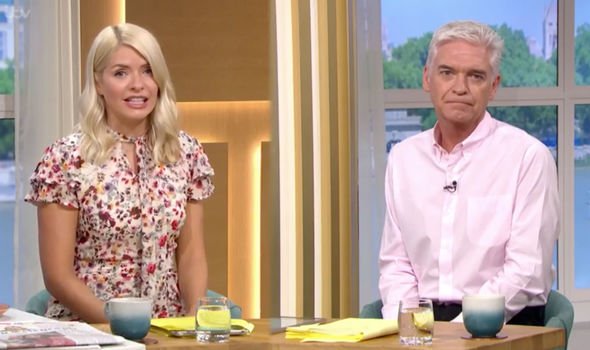 The poster in his front window read: “I have lost Jo. My lovely wife and soul mate.

“I have no friends or family. No one to talk to.

“I find the unremitting silence 24 hours a day unbearable torture. Can no one help me?”

On the programme, Holly appeared to hold back tears as Phillip read the note out loud and Tony paid tribute to his wonderful wife, who passed away in May. 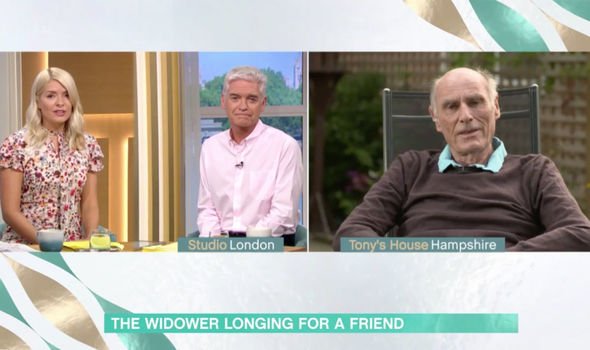 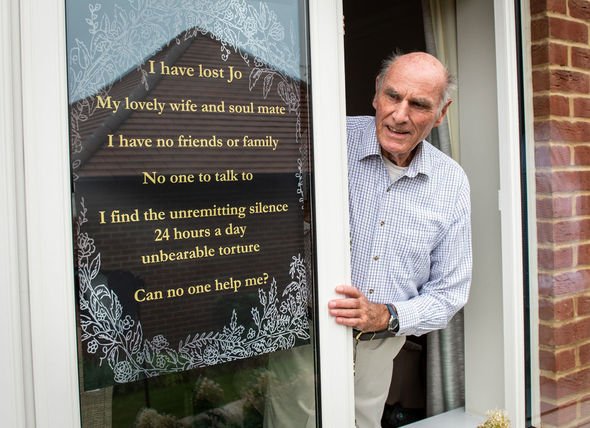 “I don’t think that wouldn’t have tugged on the heartstrings of anybody,” Holly, 39, said to Tony after reading the note.

He went on to speak lovingly about his wife of 38 years and said he didn’t want anyone to replace her.

Since appearing in the news, Tony has been inundated with messages from people wishing to become acquainted.

The guest revealed he’d had so many replies that it had clogged his inbox.