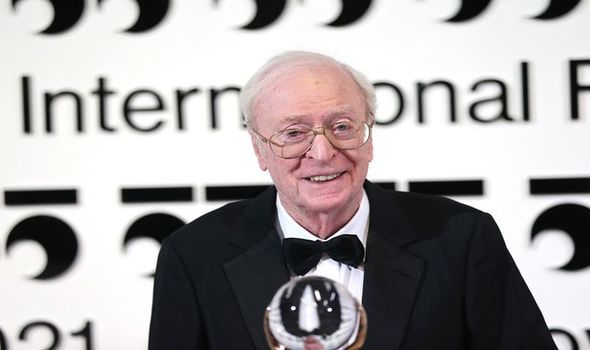 The Oscar-winner, 88, clarified he will be staying firmly in the world of movie-making in a tongue-in-cheek post shared with followers yesterday. Using his famous Educating Rita catchphrase, he wrote: “I’m not retiring, and not a lot of people know that!” Sir Michael, who has not worked on a film for two years, had earlier said his time on screen would be likely to end with his latest movie, Best Sellers, a comedy drama released last month.

He said he planned to focus on his career as a novelist and was midway through his debut thriller, If You Don’t Want To Die.

The Alfie star, who has featured in 130 films over seven decades, told BBC Radio 5’s Kermode and Mayo: “Funnily enough it has turned out to be my last part really, because I have not worked for two years really and I have a spine problem which affects my leg, so I can’t walk very well.”

He added: “I am now not an actor, I am a writer, which is lovely because as an actor, you have to get up at half past six in the morning and go to the studio.

“Except as a writer, you just start writing without leaving the bed. This is a wonderful end for me.” Best Sellers is about an alcoholic writer brought out of retirement to help rescue a publishing house.

The star said age was a factor in deciding he may quit. “There haven’t been any offers, obviously, for two years because nobody has been making any movies I’d want to do,” he told radio listeners.

“But also, you know, I’m 88, and there’s not exactly scripts pouring out with the leading man who’s 88, you know.”

Following the interview, Michael’s representatives apparently moved to refute reports that he was retiring.

Shocking Betrayal: NeNe Leakes’ ‘Close Friend Setting You Up For The Kill’ Revealed!