Can a summer camp change the world? If you’re talking Camp Jened in upstate New York, a place that welcomed kids with disabilities for a generation, the answer is yes.

“It was a utopia,” camper Denise Sherer Jacobson recalls in Crip Camp, the Netflix documentary about Jened and how it helped spur the movement for disability rights. “When we were there, there was no outside world.”

For their film, directors Nicole Newnham and Jim LeBrecht drew from remarkable footage shot at Jened in 1971 that illustrated just how groundbreaking the camp was. There, kids with disabilities were treated as people, not as broken objects without hope or purpose. Campers laughed, played, kindled romances and got to be themselves in an atmosphere of acceptance. 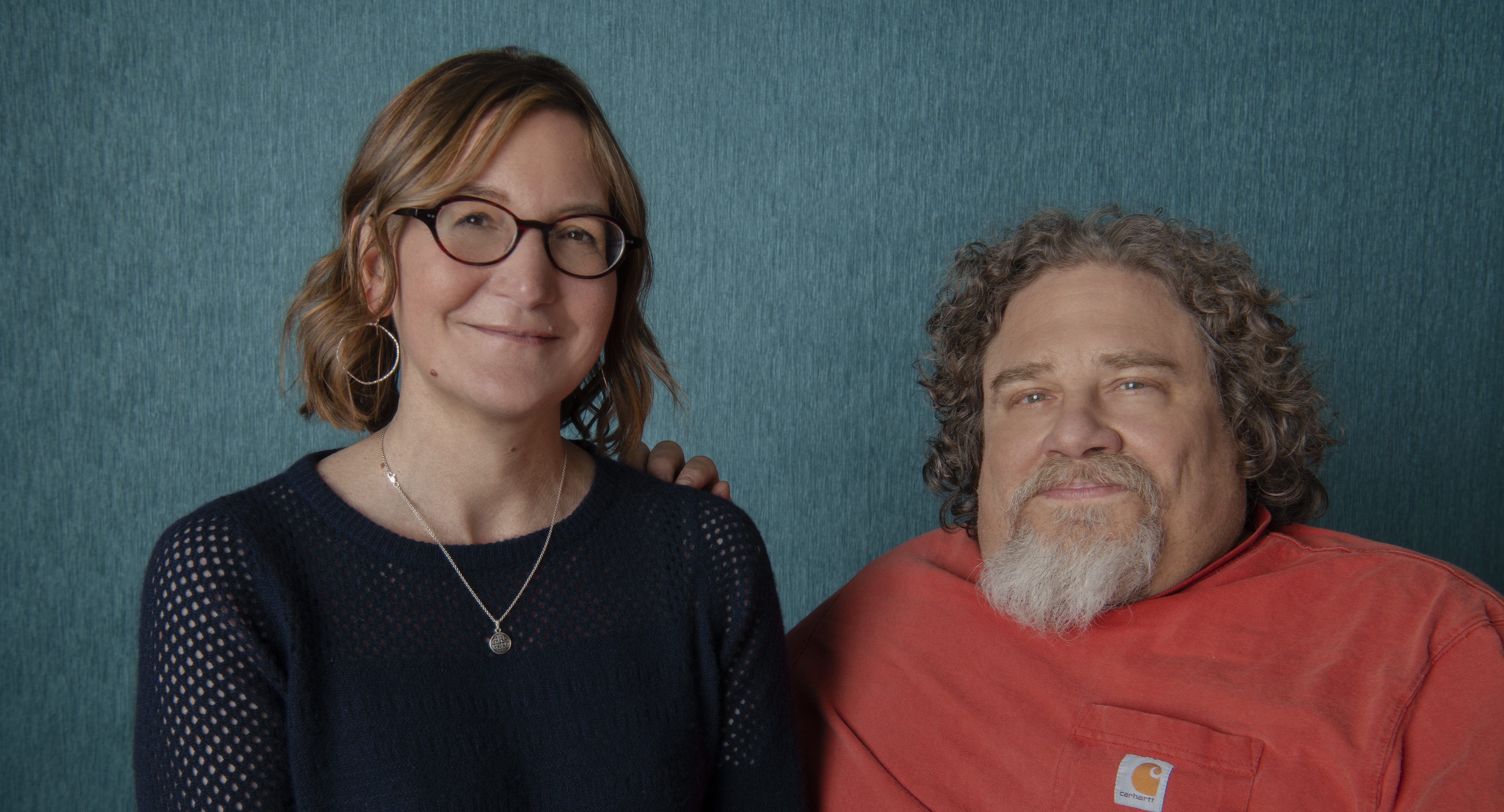 “What we tried to do was provide the kind of environment where teenagers could be teenagers,” camp director Larry Allison states in the film, “without all the stereotypes and the labels.”

LeBrecht not only co-directed Crip Camp, he’s a major character in it. Born with spina bifida, he first attended Camp Jened as a teenager in 1970 after hearing about it from friends.

“They told me these stories, ‘Oh yeah, you’re in a bunk with these counselors and we’re up nearly half the night,” he shares. “Somebody said, ‘You might actually smoke dope with the counselors’ and it’s like, ‘Okay, I’m in.’”

Fundamental to Camp Jened’s impact was the way it raised the consciousness of kids who attended.

“[The attitude was] we weren’t disposable,” LeBrecht tells Deadline. “It was truly revolutionary. There were a number of people at the camp who really provided this sense that, ‘Oh my gosh, we can fight back. There are rights to be fought for.’”

One of those inspirational people was Judy Heumann, a 23-year-old camp counselor in 1971. She segued from Jened to leading protests on the streets of New York against barriers that kept people with disabilities from participating equally in American life. 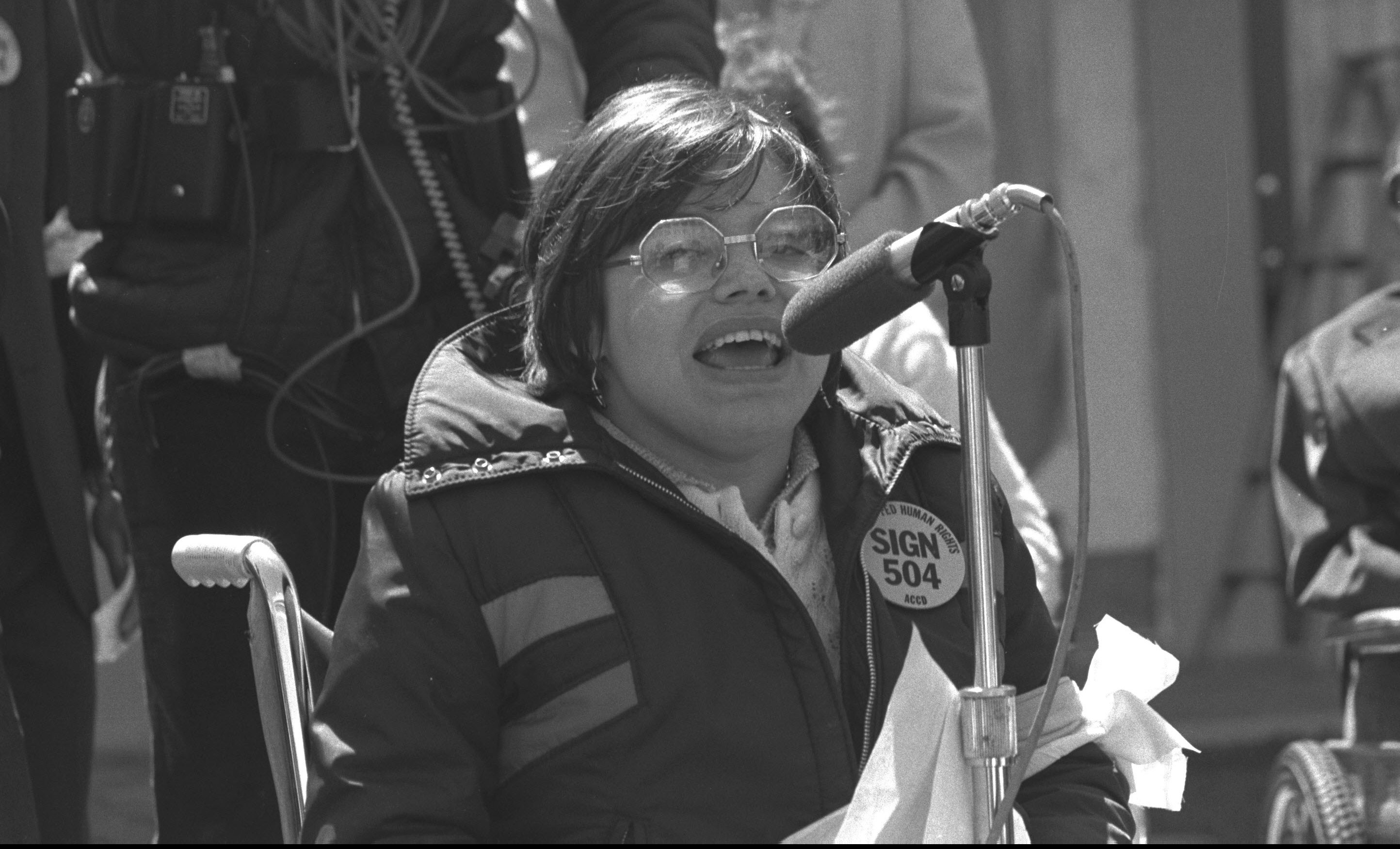 “The camp experience was empowering,” she says in the documentary. “We kept having these discussions. It was allowing us to recognize we needed to look at ways of doing things together—not just at camp, but after camp.”

“It’s that idea of a group of people…sharing experiences and realizing they’re sharing a common experience of oppression,” notes Newnham. “It’s like you have to come together and find your strength in each other…and that’s what Jened provided that was such a strong springboard for the movement.”

The movement accelerated as the 1970s progressed. Crip Camp explores how Heumann and other Jened alums became leaders in their communities and at the national level, joining forces with other activists to push for legislation mandating access for the disabled.

“I think this really is one of the great civil rights stories in American history and it’s been very overlooked for a long time,” Newnham observes. “[In Crip Camp] it’s like the world gets to meet one of their great stories and come to know it and love it and celebrate it.” 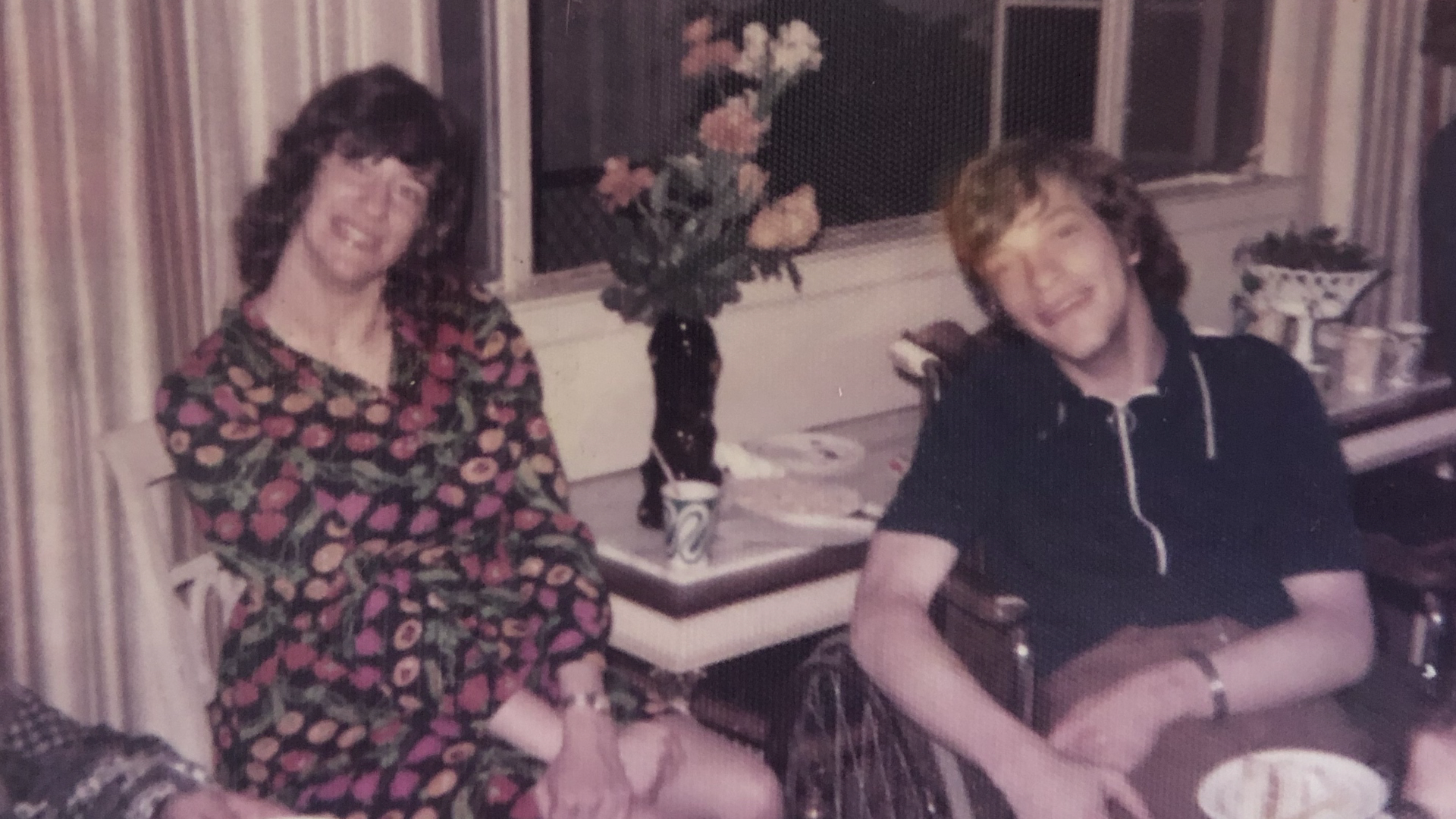 Crip Camp, a top contender for Oscar attention, earned the audience award at the Sundance Film Festival, as well as nominations for best documentary at both the Critics’ Choice Documentary Awards and the upcoming IDA Awards. The film was produced by Higher Ground Productions, the company founded by former President Barack Obama and Michelle Obama that has a distribution deal with Netflix. Their previous effort, American Factory, won the Oscar for best documentary feature last February.

“[The Obamas believe in] the power of grassroots activism, the idea of lifting up stories that don’t always get the spotlight that they should,” Newnham comments. “It’s a bipartisan story.”

Higher Ground Productions acquired American Factory after it was already finished. But with Crip Camp, the company and its principals, including co-chief Priya Swaminathan, signed on much earlier in the filmmaking process.

“We were able to show them some early footage, a kind of highlight reel that we had cut together and Priya Swaminathan really loved it,” Newnham tells Deadline. “We talked about our values and our vision for the kind of story we wanted to tell and there seemed to be a lot of alignment. [Later] she called us…and said, ‘We would love to partner with you, and the president and Mrs. Obama feel the same way,’ which just was extraordinary, extraordinary news.” 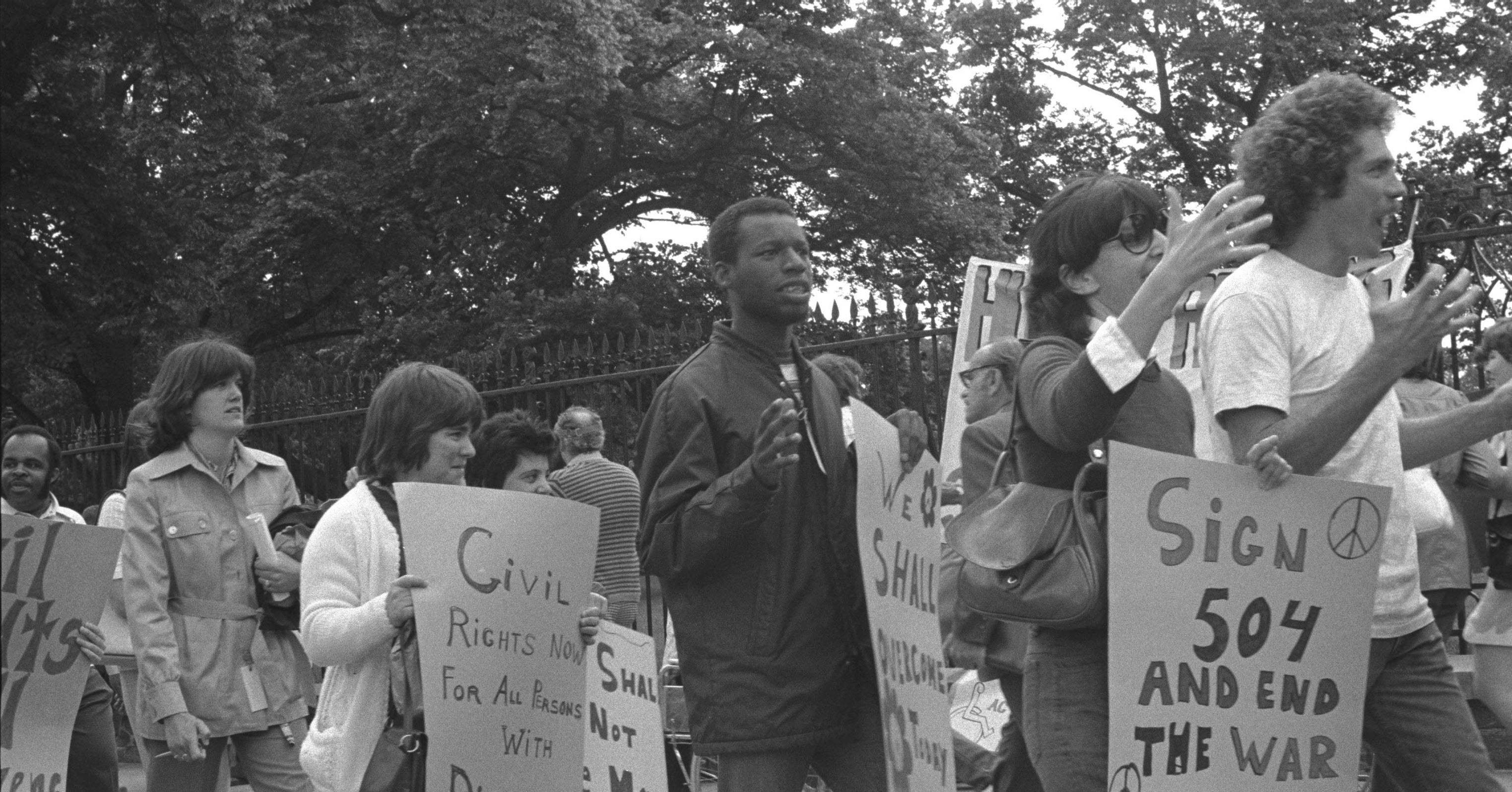 Crip Camp has earned widespread praise (and a 100% rating from critics on Rotten Tomatoes), but the directors acknowledge their choice of a title did raise some eyebrows.

“We…wanted to telegraph that the film is a story told from the inside out,” Newnham states, “and that it’s an insider’s perspective, and we felt like the title did that really powerfully.”

“The pushback or concerns that we were hearing from some of the parties involved with the film, we just kind of turned it around and said, ‘This [title] really shows the edginess of the film and really sets it apart from anything else,’” adds LeBrecht. “And that also we’re reclaiming this word and, in fact, this would be a powerful way to continue to do that if our film had the word ‘crip’ in the title.”

LeBrecht and Newnham articulate goals for the documentary that extend well beyond the prospect of winning more awards.

“Our film is…not a hard way into understanding people with disability and the lives that we lead,” notes LeBrecht. “The big hope is that it really reframes people’s perceptions of what living with a disability is and how that kind of matches their own life and their own beliefs and prejudices they might have.”

“We hope it’s a bridge or an on-ramp to people discovering the incredible richness and vitality and fun, the resource of the disability community,” says Newnham. “If this film can be any kind of an introduction or a perception-shifting story that can open people’s eyes and help play a role in other stories coming forward, that would be a hope we both hold.”