Jack P Shepherd has reason to celebrate as the Coronation Street actor turned 33 today. His girlfriend Hanni Treweek appeared elated to celebrate her boyfriend’s latest milestone with a gushing tribute, but the David Platt actor shared his awkwardness.

Taking to Instagram stories, Jack shared Hanni’s birthday message as she declared her love for the actor in view of his 366,000 followers.

Accompanying the post with a snap of the Corrie star, Hannie wrote: “To my darling man.

“As Daphne Bridgerton would say… I burn for you.” 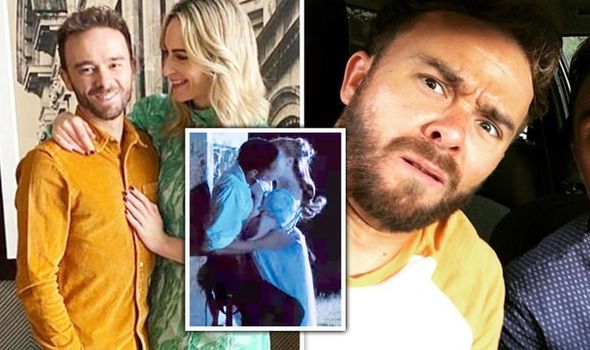 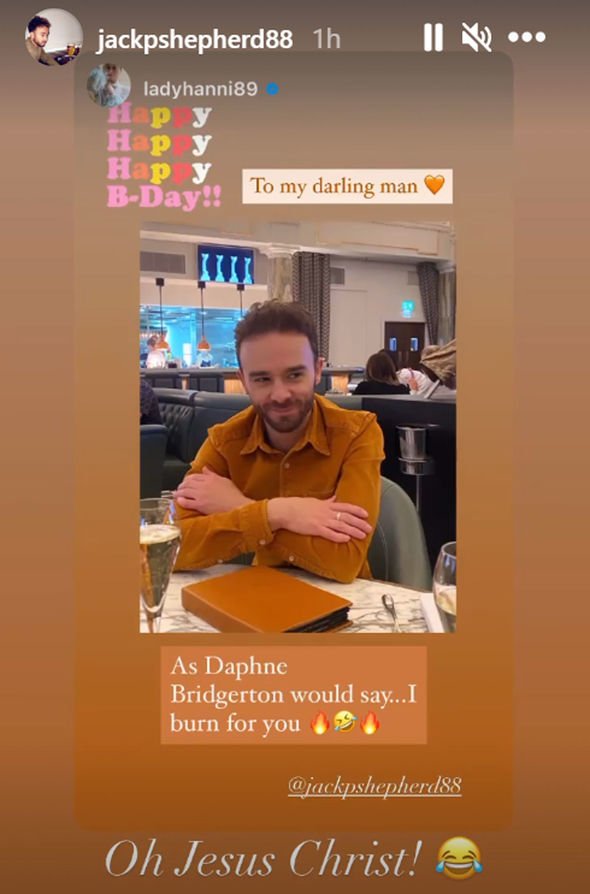 Netflix period drama Bridgerton centres around the romance between Daphne (played by Phoebe Dynevor) and Simon (Regé-Jean Page), the Duke of Hastings.

“Burn for you” is a reference to an exchange between the eldest Bridgerton and Simon following their wedding.

Hanni’s post referenced Daphne’s saucy remark, in the show that has been watched by millions around the globe since its Christmas Day release.

The heroine is played by Phoebe Dynevor, 25, a British actress and the daughter of Corrie actress Sally Dynevor. 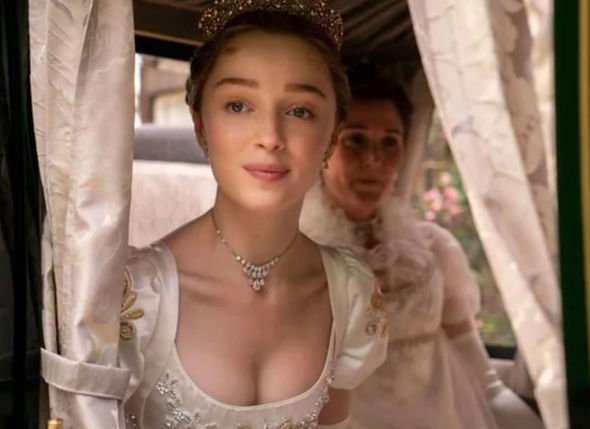 Sally, who plays Sally Webster, is the co-star of Jack in the ITV soap.

Phoebe kicked off her career starring in BBC’s Waterloo Road, landing the role of Siobhan Mailey when she was just 14.

She went on to star in a string of television series, including Prisoners’ Wives, The Village, Dickensian, Snatch and the comedy-drama Younger.

The young star is now making waves in Bridgerton. 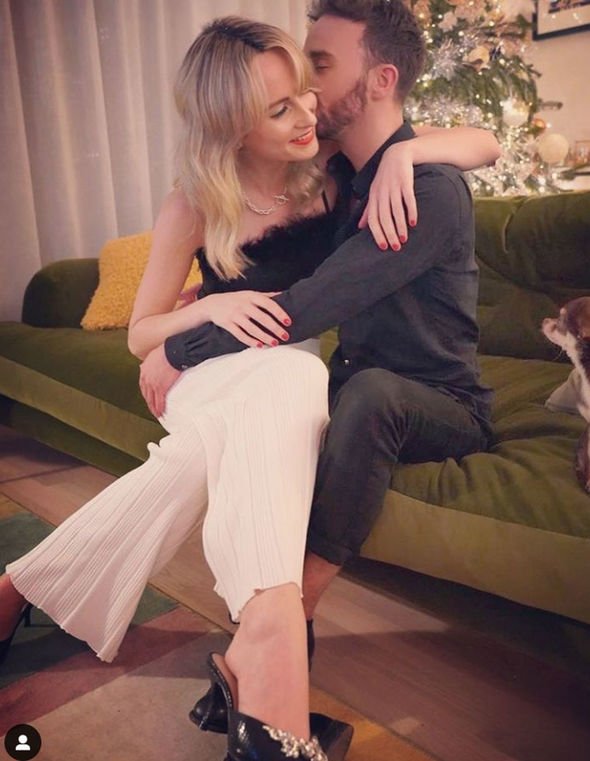 Meanwhile, Jack recently shared a sweet snap alongside Hanni as the actor praised his girlfriend for always being supportive.

In the photo, Hanni leaned into Jack with her arm wrapped around his shoulder.

The Corrie actor planted a sweet peck on his other half’s cheek, as he held her around the waist.

Jack penned: “You get me through everything babe. I love you Hanni.”

She took the opportunity to respond to his gushing message, writing: “Proud of you, every single day. Happy New Year my love.”

The pair recently opened up about their relationship after the couple met behind the scenes of Corrie three years ago.

Asked about marriage and kids in the future on Loose Women, Hanni didn’t rule it out.

We Get It, Nick — We Can't Stop Staring at Priyanka Chopra's Sexiest 2019 Pics Either