Jaime Camil got candid about what it was really like working with Britney Spears on “Jane the Virgin” in 2015 — and the truth might be surprising.

“Oh, she’s the best. She’s a sweetheart,” he recalled about the global pop star on the June 7 episode of “The Talk” before getting candid about Spears’ true persona. “You know, you can tell that people have hurt her in life and she is really hesitant when it comes to opening up, and you know, because people take advantage of her as we all know,” he explained. His comments come as a reignited wave of the “Free Britney” movement has swept across social media following Spears’ heartbreaking testimony in court on June 23. She pleaded with the judge to remove her controversial father, Jamie Spears, from her conservatorship, but her request was denied. However, it seems like the “Toxic” singer moved some hearts during her testimony, as both the financial management group Bessemer Trust and Spears’ court-appointed attorney have requested to terminate their involvement in the increasingly concerning conservatorship.

Camil added that Spears is “a true professional, always on time,” and “lovely to work with.” Plus, he had even more positive things to say about the singer once she felt comfortable enough to trust her surroundings on the set of “Jane the Virgin.” Keep scrolling to learn more about working with Spears is really like. 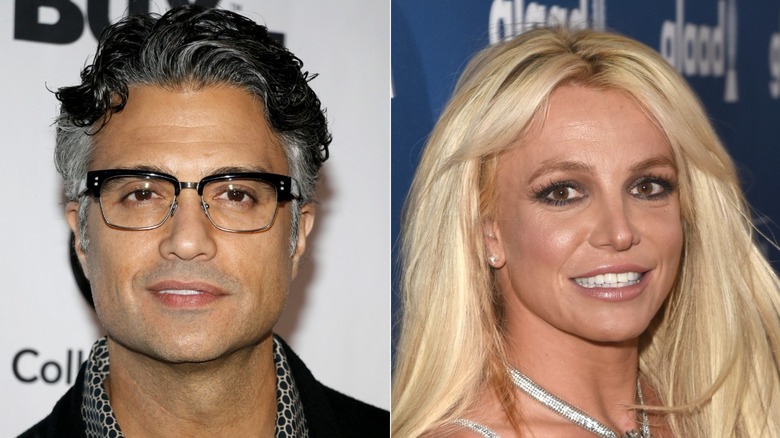 While Jaime Camil admitted that Britney Spears needed some time to feel comfortable on the set of “Jane the Virgin,” he said it was a great experience to work with the Grammy Award-winning singer once she opened up.

“The first one or two days she was very protective of herself, and of course you will understand that. But then when she realized it’s a love fest on ‘Jane the Virgin’ and we are there just to have fun and love each other, she opened up a little bit,” he revealed on “The Talk.” He also shared that they had “great conversations” about their children and even swapped photos of their kids on set.

“She was more comfortable with all of us knowing for a fact that no one wanted to take advantage of her on the show and on set,” Jaime continued. “We were beyond happy to have her because she is a pop icon, as you all know. So working with her was beautiful. She’s so professional and so willing to explore as an actress and have fun with the process and make fun of herself, so working with her was beautiful,” he concluded.

Rumor has it that Spears is preparing to retire from music (per Forbes), but maybe she’ll be inspired to take another jab at acting in the future. Only time will tell.

Tsimanouskaya 'safe and secure' in Tokyo after refusing flight to Belarus