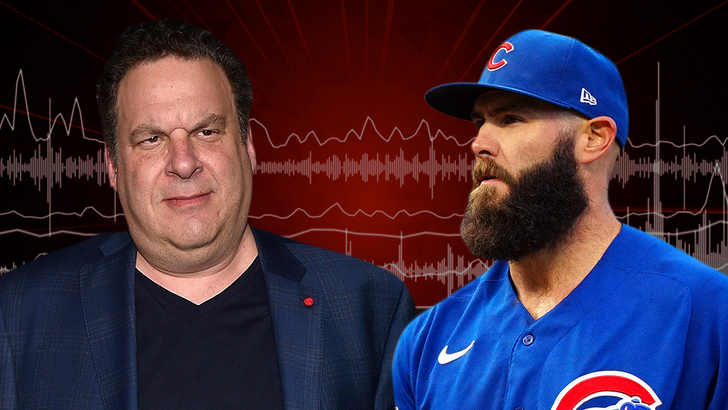 Funny guy Jeff Garlin ain’t laughin’ when it comes to his beloved Cubs, Jake Arrieta and the COVID vaccine … saying his favorite team will NEVER win the World Series if it keeps dodging inoculation.

The “Curb Your Enthusiasm” star — who’s a Chicago native and a huge baseball fan — didn’t hold back on the “Waddle and Silvy” show on ESPN Chicago this week … saying a W.S. trophy won’t touch Chicago unless the team gets vaxxed.

“If you don’t get to 85% [fully vaccinated], I will wager everything I’ve got ‘No’ on the World Series,” Garlin said. “If you’re playing somebody who doesn’t have to worry about that, it’s a whole different world.”

“If we’re playing the Braves in the National League Championship, we’re losing.”

If you missed it … the Cubs are one of several teams in the MLB struggling to get all of their players to receive their COVID shots — with Arrieta being VERY vocal about his skepticism of it all.

In fact, Arrieta and the team are lagging so much on their shots, president Jed Hoyer just said last month he’s “disappointed” that it appears the Cubs will not get to an 85% vaccination rate this season.

Of course, that’s the MLB’s magic number that it’s requiring for teams to relax some of the league’s strict COVID rules and regulations.

Garlin says the fact that this is an issue inside the clubhouse at Wrigley Field is straight-up “disgusting.”

“I don’t get it,” Garlin said. “I find it disgusting because I don’t think it’s political and I think it’s your responsibility as a human being, part of the human race, to get that shot.”

TV's Maura Derrane: 'John and I don't want to be a power couple'

Kevin Hart Has Us Excited to Actually Watch the 2019 Oscars