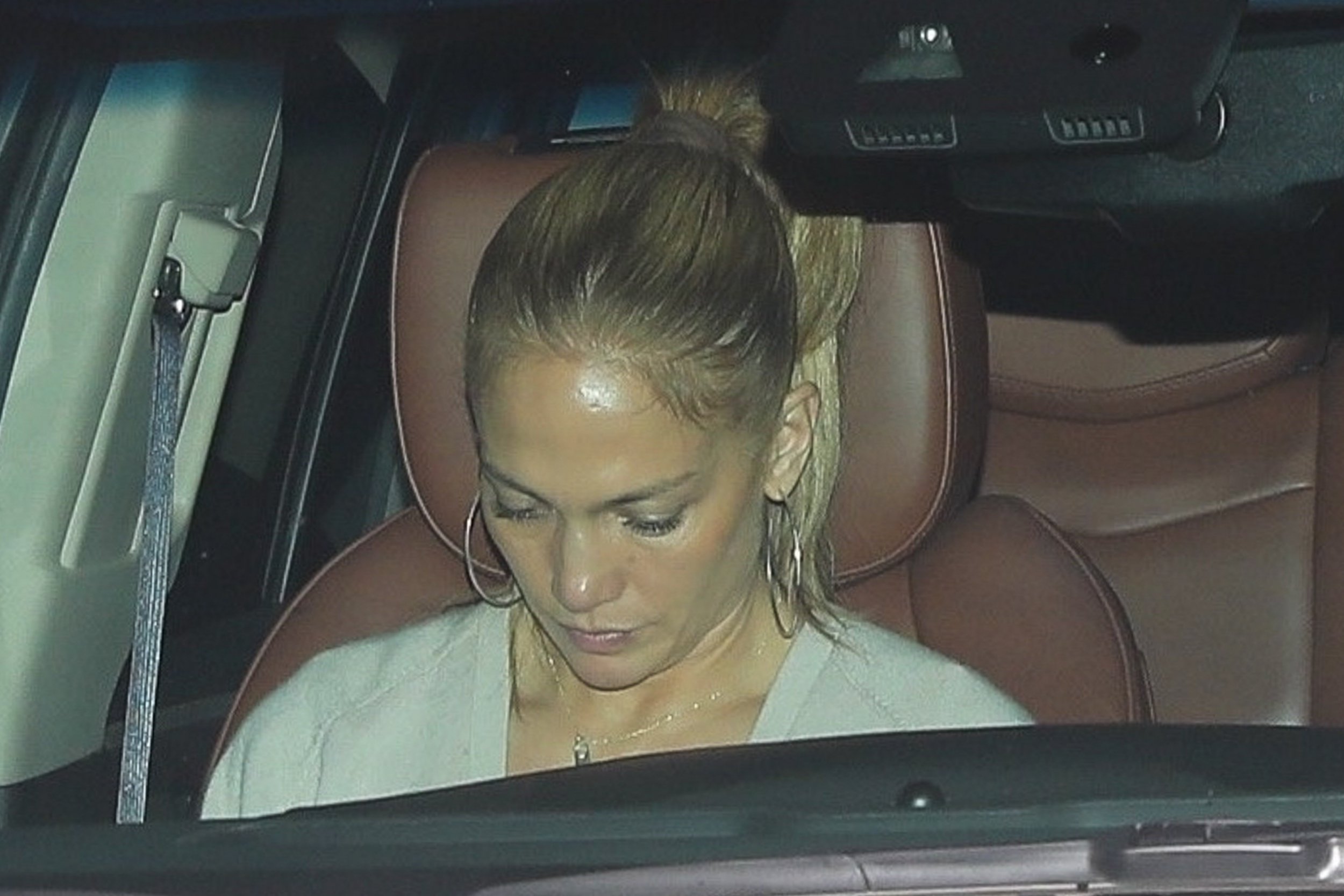 Jennifer Lopez and Ben Affleck were apparently living in each other’s pockets this weekend, as the pair have been pictured reportedly leaving each other’s houses.

The pair, famously dubbed Bennifer, have been spending an increasing amount of time together in recent weeks, sparking speculation they’ve rekindled their romance 17 years after their split.

Over the weekend, Jennifer was seen in a car reportedly driving away from Ben’s house in Brentwood, California. The Love Don’t Cost A Thing singer kept her head down as an assistant drove her away.

The previous day, Ben was spotted driving himself away from Jennifer’s mansion in Bel Air, not too far from his property.

It was the third time the Batman v Superman actor has been seen outside her home, most recently pictured in his car after allegedly spending the night there. Ben was in great spirits and flashed a cheeky grin at the cameras, however this weekend he seemed to be deep in thought.

Ben, 48, and Jennifer, 51, originally dated in the early noughties and got engaged in 2002 before splitting not long before they were due to marry in 2004.

Since then, the pair have each married with Ben tying the knot with actress Jennifer Garner, with whom he shares three children, and Jennifer getting wed to singer Marc Anthony, who she has twins with.

However, Ben split from Garner in 2015 while Jennifer and Marc ended their marriage in 2014 after 10 years of marriage. Jennifer went on to date former MLB player Alex Rodriguez and they got engaged in 2019 before ending their engagement in April.

Weeks later, it emerged that she has rekindled her friendship with Ben.

Bennifer have become almost inseparable over the past month and even enjoyed a weekend getaway together alone.

The pair have not addressed their reunion but a source told E! News: ‘He’s really making a huge effort. J-Lo thinks Ben has really stepped up and loves this version of him.’

Even Ben’s own father appears to be in the dark about it all, telling reporters that the actor hasn’t mentioned anything about Jennifer to him.

The stunning transformation of Chrishell Stause from Selling Sunset