Two days after Ben Affleck was spotted driving out of J.Lo’s Bel-Air mansion, the two arrived to his place for a date night!

Jennifer Lopez, 51, and Ben Affleck, 48, have taken their romance to his place! Jennifer was spotted hopping out of Ben’s Mercedes-Benz, which he was driving, in front of the Oscar winner’s Brentwood area home on Friday, June 4 in photos obtained by Page Six. The “I’m Glad” singer was casually dressed in a white jogger set, consisting of a tear-away style pant and cropped sweatshirt. A turquoise tank top peaked out from underneath, matching her aqua-colored New Balance X STAUD sneakers. Ben remained in the vehicle until he drove onto his gated property.

Just two days ago, the Pearl Harbor actor was seen driving out of Jen’s Bel-Air area home with a curious smirk on his face. His brown hair appeared slightly disheveled as he passed photographers in the early a.m. after presumably spending the night. Bennifer’s surprising rekindle was first sparked by an appearance of Ben getting out of a white SUV belonging to J.Lo outside of the same home. 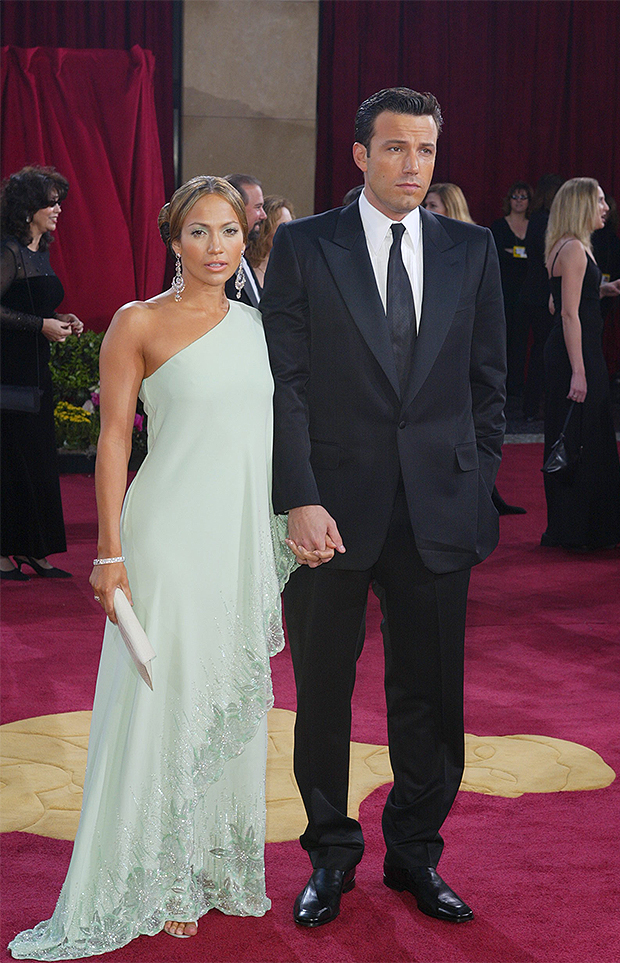 The former fiancé’s — who called off their wedding in 2003, followed by the engagement in 2004 — looked ultra-cozy after dining at Wolfgang Puck‘s newest hotspot Merois. on Tuesday, June 1. The pair snuggled close as they headed back to their vehicle at the newly opened Pendry Hotel. Ben was also seen enjoying a smoke break and hugging Jen’s longtime manager Benny Medina, while her producing partner Elaine Goldsmith-Thomas sat in the backseat of Ben’s SUV. 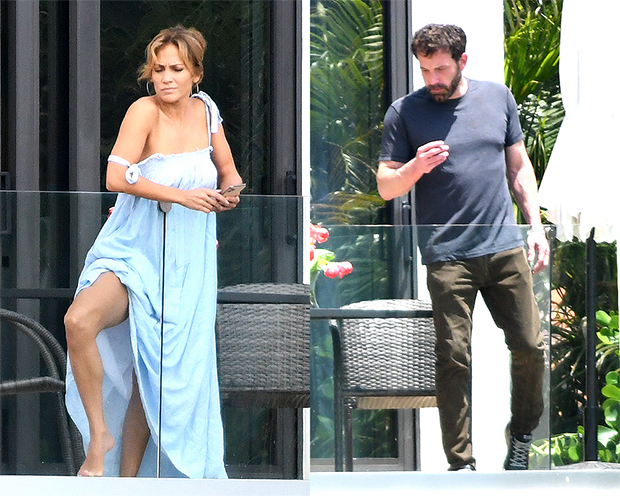 Bennifer has been full steam ahead after Global Citizen’s VAX Live concert (where she performed “I’m Glad,” a song dedicated to their past romance), vacationing in Big Sky, Montana in early May. Ben, who owns a home in the ultra-exclusive resort, was spotted driving an SUV on May 10 with J.Lo in the passenger seat. The sighting marked their first time being photographed together in 17 years. Since the Montana trip, the couple also reunited at the This Is Me…Then singer’s Miami area rental home.

“Even though so many years have gone by in a lot of ways it’s like no time has passed, their connection is so natural,” a source told HollywoodLife EXCLUSIVELY on June 3. “If you had told her a year ago that she’d be dating Ben again, she never would’ve believed it. But the universe works in mysterious ways and she’s just trying to stay open to whatever is meant to be and enjoying every step along the way,” the insider also said.

Jess Caroline and Debbie FEUD Over Colt Johnson: You Want Him For Yourself!