The Grand Tour host Jeremy Clarkson, 59, recently discussed his issues with wild swimming – a form of outdoor swimming in Britain’s rivers, lakes and ponds. The former Top Gear host suggested that the implications of partaking in this form of activity is dangerous because Britain’s waters are “full of death, disease and parasites that burrow into children’s eyes”.

The TV star addressed a story he had previously read about a woman who took part in a charity swim in the River Severn but things did not go to plan.

Jeremy wrote “some turds went into her mouth and quite quickly after that, she was suffering a nasty bout of campylobacter” – which is a form of bacteria.

The car-enthusiast said he would only get into the water if he “could smell the chlorine” otherwise he was unlikely to “make the leap”.

However, a Twitter user slammed the small-screen star’s recent opinion piece for the Sunday Times and suggested Jeremy didn’t know what he was talking about. 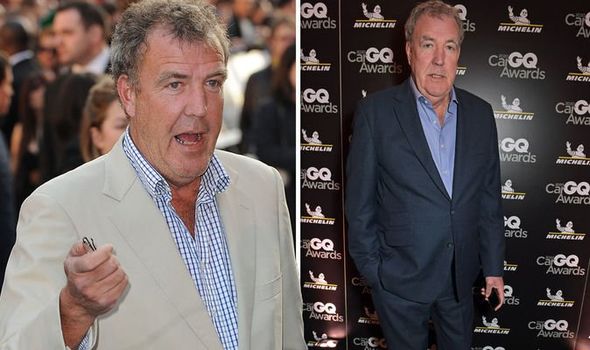 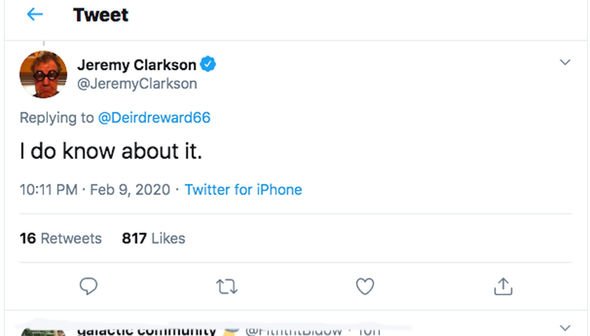 The person in question retweeted a copy of the article, and wrote: “@JeremyClarkson stick to writing about something you know about!”

In view of his 7.1 million followers, Jeremy replied: “I do know about it.”

Fans flocked to comment on the article, as many people defended his comments about bacteria in Britain’s rivers and lakes.

One person said: “I wholeheartedly agree with Jeremy! In fact I take it a step farther, if my feet don’t touch the bottom I don’t bother. After all they make things called boats.” 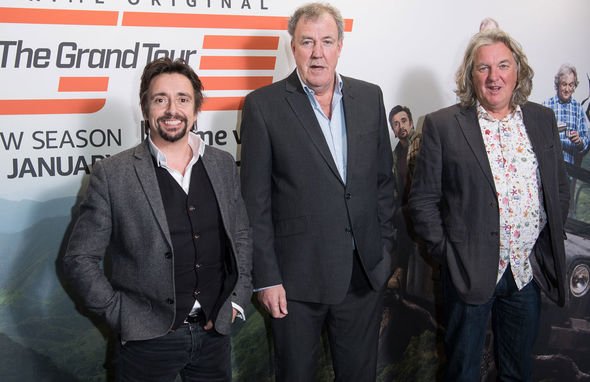 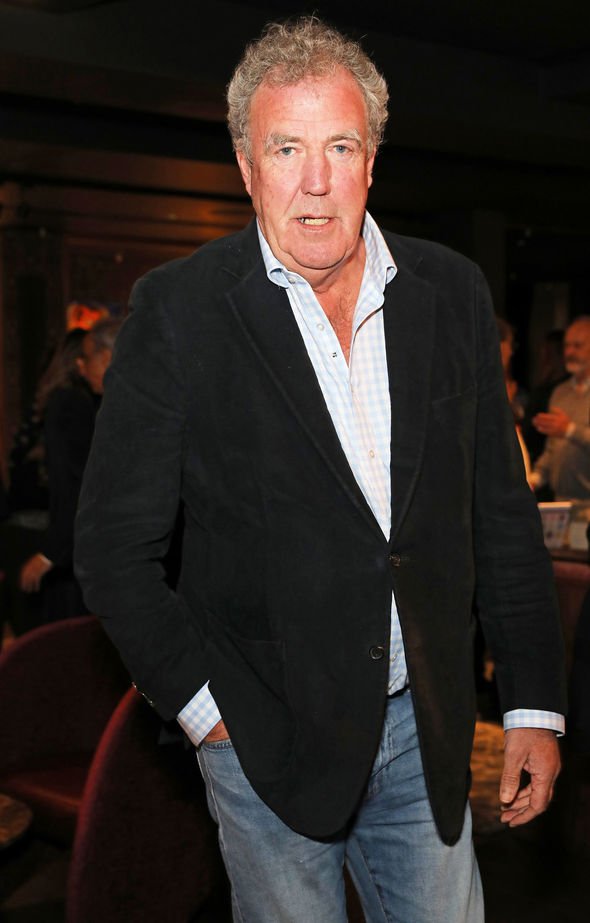 “Jeremy is kind of right about the state of England’s rivers. They are at their worse and would never recommended people swimming in them,” a social media user remarked.

Jeremy finished his article by suggesting he will instead enjoy a “heated lido” as opposed to a freezing cold river.

He wrote: “If I want a swim I won’t go into a pond – I’ll simply pop into Chipping Norton, where there’s a lovely lido. It’s heated, so it isn’t the slightest bit refreshing, and it’s full of chlorine so there’s no turds in it.”

Elsewhere, Jeremy made a surprising admission about wanting to “annoy” BBC bosses while he hosted Top Gear with James May and Richard Hammond.

The presenter opened up about his time on the show after being quizzed on whether he would have preferred to stay on the series rather than leaving in 2015.

The star’s contract for the series wasn’t renewed after he made an “unprovoked physical attack” on a producer from the show.

Jeremy explained to GQ magazine that in spite of his dismissal from the BBC show, he has no regrets as he believes he and his co-presenters “would have jumped the shark by now”.

The TV personality told the publication: “With hindsight, no, because I think we’d have jumped the shark by now… we’d have done something idiotic.

“And it was becoming very, very difficult – and I think it still is at the BBC – to run a show like ours.”

Jeremy went on to reveal the team wrote elements of the programme “specifically to annoy BBC management”.

He added: “We wrote it every week specifically to annoy BBC management because we knew if we were annoying them, we were delighting huge swaths of Britain. But the truth is I had no truck against the BBC. It was [the then BBC director of television Danny] Cohen I had an issue with.”

The Ridiculous Amount Of Money Bill Gates Makes Per Second