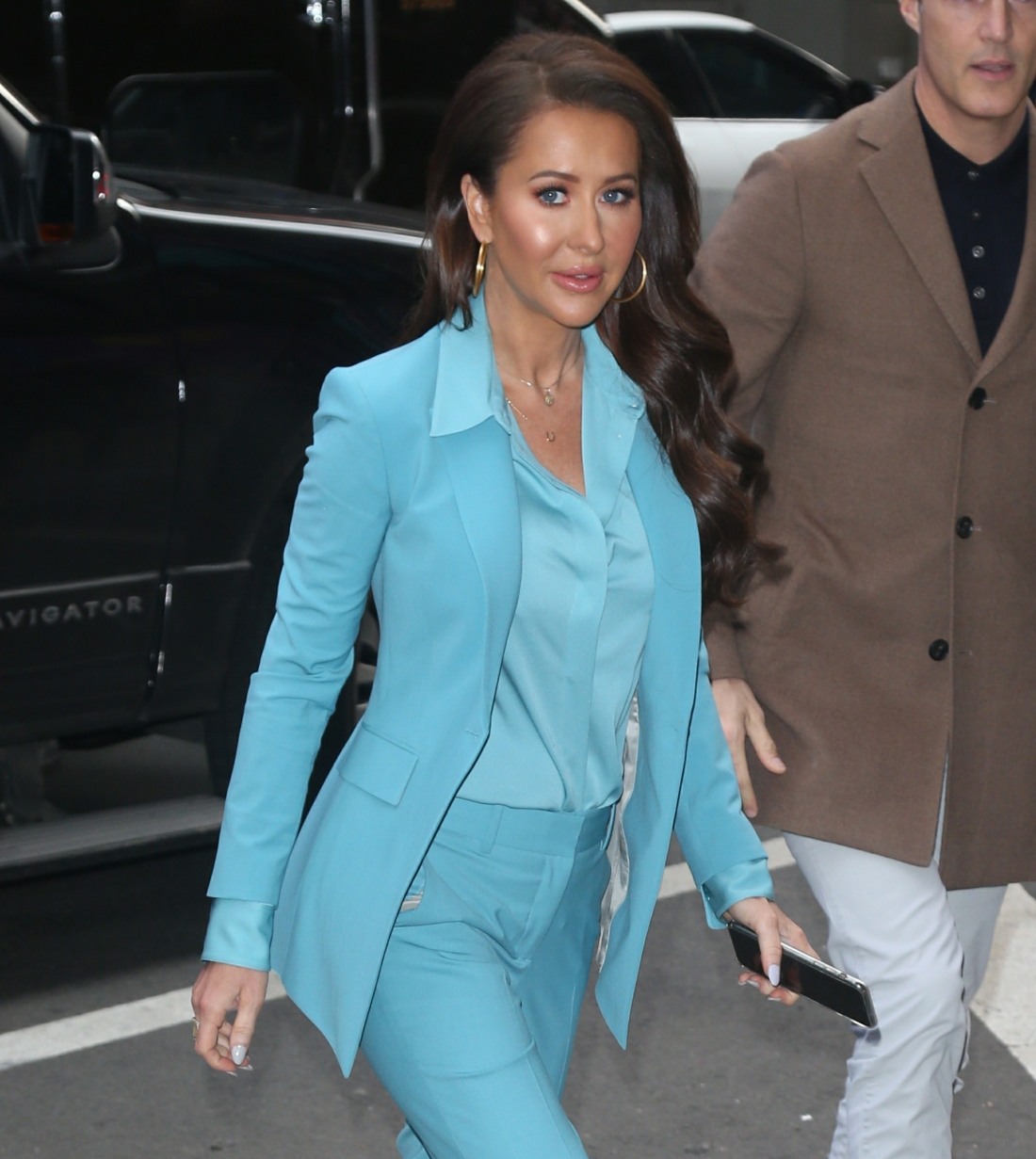 This is a complicated story, so let’s identify the two main players first. On one side, we have Jessica Mulroney, who is best known to Americans for being the Duchess of Sussex’s best friend and for being on one of the top rungs of the Canadian social scene – she’s well-connected, she’s married to the son of Canada’s former prime minister, she’s a stylist and she’s got a wedding reality show called I Do Redo. On the other side, we have Sasha Exeter, a black Canadian lifestyle blogger who is also quite popular. Exeter has been using her platforms and social media to post a lot about Black Lives Matter in recent weeks, and that’s apparently when things began:

It started, Exeter said, when she wrote call-to-action Instagram posts about Black Lives Matter and the global protests following the death of George Floyd. According to Exeter, in a series of private conversations, Mulroney assumed that Exeter’s posts amounted to public criticism of the fact that Mulroney had not posted about the racial justice movement on her own social media. Hours later, Mulroney posted an apology on Exeter’s account.

“I thought long and hard about naming this person in this video,” Exeter told her followers in an Instagram story, after unspooling a detailed account of her correspondences with Mulroney over the past week. “And I personally feel that if we’re going to hold companies accountable during this time, we need to hold individuals accountable as well. And part of this woman’s power and privilege and her last name and her family made this whole thing scary. But there was no point in speaking up and sharing this without her name being called out.” (Mulroney is married to former prime minister Brian Mulroney’s son Ben.)

Exeter explained in the initial video that she believes Mulroney “wrongly assumed that my generic call to action on my Instagram stories was a direct and blatant callout to her.” Mulroney, whose series called I Do Redo is currently airing in Canada, allegedly told Exeter that she didn’t want to post about the issues on social media for a number of reasons, including that she needed to promote a new series and did not want to be bullied.

“I was blocked from her Instagram account,” said Exeter of what happened afterward. “And [I was sent] a trail of offensive messages that ended in her saying, ‘I have also spoken to companies and people about the way you treated me unfairly. You think your voice matters. Well it only matters if you express it with kindness and without shaming people who are simply trying to learn. Good luck.’” Exeter said, “Not only is Jessica very well aware of her white privilege, but just like…Amy Cooper, she spewed out that threat so effortlessly. But I think what makes the situation really horrendous is the threat or the claim that she was going ahead and speaking to brands and companies that I potentially have worked with or am currently working with or could possible work with. That’s a threat to my livelihood. For her to threaten me, a single mom, a single Black mom, during a racial pandemic, blows my mind. It is absolutely unbelievable.”

Exeter said that Mulroney attempted to backpedal and explain her behavior over private text message. But, Exeter said, “How can you be about the Black people and be about female empowerment on the outside when you are attempting to silence a Black woman during this movement, behind closed doors?”

Exeter and her fans posted some receipts of Jessica threatening a libel lawsuit and I genuinely believe that Jessica would oh-so-casually threaten Exeter’s livelihood by contacting her sponsors and more. Jessica then commented on Exeter’s IG, writing:

@sashaexeterr, you are right when you say “this sh-t needs to stop”. As leaders, we need to join hands and call out wrongs. I know we have different experiences. And that is something that, even in the course of a heated argument, I need to acknowledge and understand. I am unequivocally sorry for not doing that with you, and for any hurt I caused. As I told you privately, I have lived a very public and personal experience with my closest friend where race was front and centre. It was deeply educational. I learned a lot from that. I promise to continue to learn and listen on how I can use my privilege to elevate and support black voices.

“As leaders, we need to join hands and call out wrongs” GMAFB – Exeter was literally saying “Black Lives Matter” and Jessica’s white fragility felt attacked and she began threatening Exeter for that, and now Jessica is like “we need to both admit we were wrong and join hands!” And using her friendship with Meghan… yeesh. What a terrible look. Everybody knows it’s terrible too – Jessica’s I Do Redo show was just removed from CTV “effective immediately” and the channel released a statement saying: “Recent conduct by one of our shows’ hosts, Jessica Mulroney, conflicts with our commitment to diversity and equality.” Jessica ended up posting another apology to her own Instagram which she said, in part, “I did not intend in any way to jeopardize her livelihood. We had a disagreement and it got out of hand. For that I am sorry.” Such passive language from Karen Mulroney. Just FYI – this is not “on” Meghan, and I feel like Meghan is probably appalled by this sh-t, especially since Jessica is literally using the “I have a black friend” defense. Meghan is being used as a prop in Jessica’s racist melodrama.

Here’s all the social media stuff:

I’ve been silent. Not anymore!⁣ ⁣ I’m used to being so transparent on this platform. I think it’s the main reason why most of you follow me. Today, I’m opening up about something that has been haunting me for the last week. I have felt like a complete fraud fighting for racial equality and using my voice openly here, while letting a white woman silence mine behind closed doors. In sharing this very personal story, I know that I am risking a lot. Opening myself up to criticism, bullying and potential ramifications with my job in this space. However, I must speak my truth. Enough is enough. Hopefully my voice will be heard by many and help change things for the next generation and for my daughter Maxwell… because I will be dammed if my child ever has to deal with this level of ignorance.

Please read my statement. It is from my heart.

Please read my statement. It is from my heart.

Robert Jobson: Duchess Meghan is ‘playing a dangerous game’ with her father