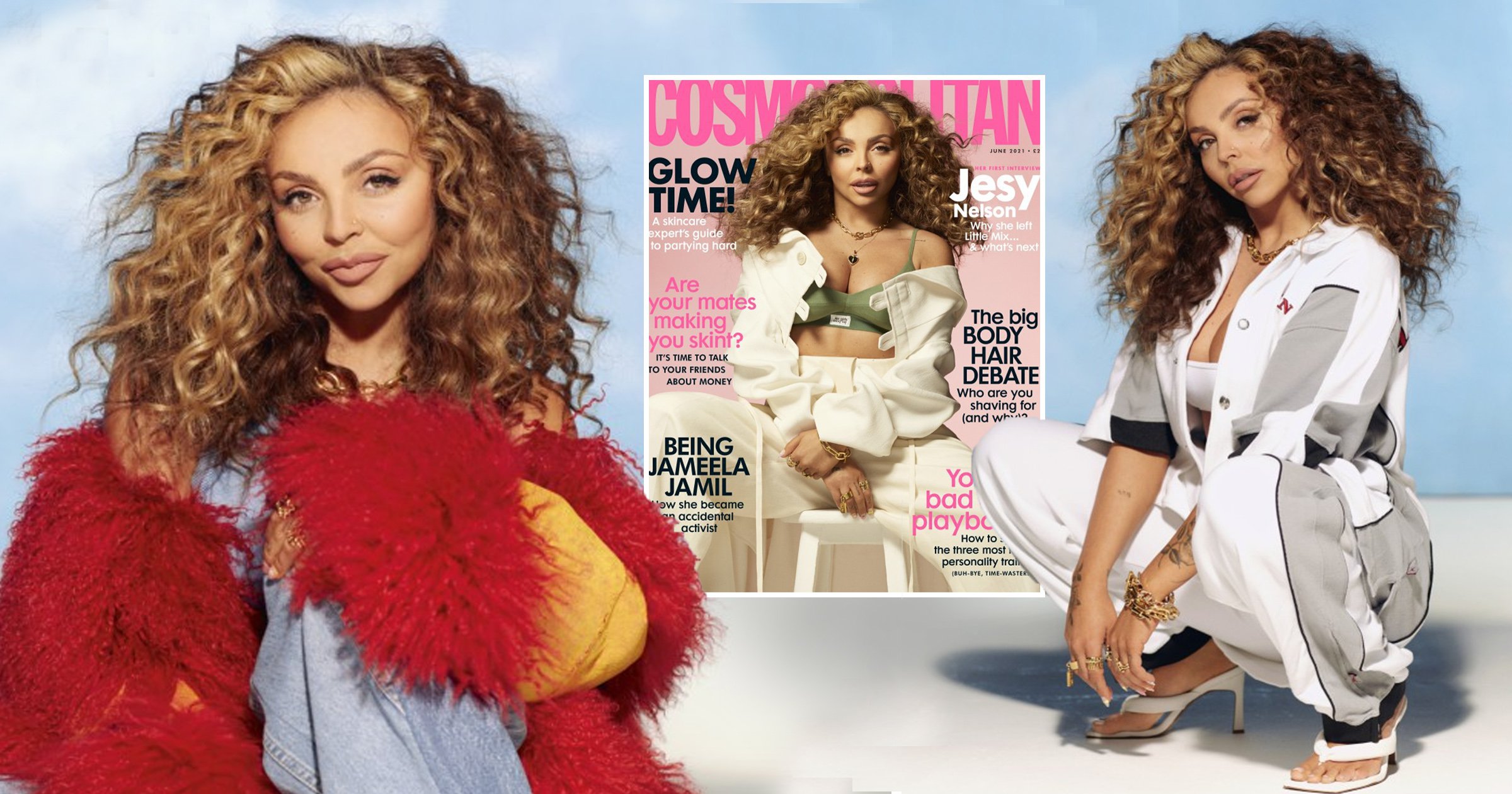 Jesy Nelson revealed she feels ‘free’ after quitting Little Mix, in her first interview since leaving the band.

In December 2020, the 29-year-old confirmed that she was leaving Little Mix after nine years, as the pressure of being in a girl band was too much for her to bear.

Jesy had been open about her mental health struggles in the past, discussing her suicide attempt for the BBC documentary Odd One Out, and said that while she was in Little Mix, she would have described herself as ‘honest, hardworking and sad’, now, she describes herself as ‘honest, content, free’.

The star spoke to model and friend Felicity Hayward for this month’s issue of Cosmopolitan, and said she ‘didn’t know that I could be this happy’ after leaving Little Mix.

Jesy said: ‘I thought when I was in the group that it was just normal to feel that way. And because I’d felt like that for ten years I just thought, “this is life.” Since I’ve left, I feel free.’

The singer, who won The X Factor alongside bandmates Perrie Edwards, Jade Thirwall and Leigh-Anne Pinnock in 2011, said that her ‘breaking point’ came when they filmed the video for Sweet Melody – Jesy’s last single with the group.

The video was filmed after lockdown, a time that Jesy was ‘the happiest I’d ever felt’ as she was taking a break and being around her loved ones.

‘I’d been in lockdown, and I’d put on a bit of weight but I didn’t care,’ she said. ‘And they said, “you’ve got a music video in a couple of weeks| and I just panicked. I went on this extreme diet, with bloody shakes, and tried to eat as little as possible. On the day of the Sweet Melody video I had a panic attack on set because I didn’t look how I wanted to look and I found it so hard to just be happy and enjoy myself.

‘There’s a scene in Sweet Melody I’m not in because that’s when I had a panic attack and broke down. I was like, “I just want to go home.”

‘I was sobbing in the dressing room. Someone really close to me said, “This has got to stop. You can’t keep doing this to yourself. You’re going to end up where you were before.”

‘For me that was the pinnacle point. I was like, “I need to start taking care of myself now because this isn’t healthy.” It wasn’t nice for the other three to be around someone who didn’t want to be there. So I took a break.’

It was announced that Jesy would be taking an extended break due to private medical reasons, after dropping out of hosting the MTV EMAs with the rest of the band, as well as the finale of Little Mix: The Search.

Weeks later, Jesy confirmed that she was leaving the band for good, and is glad that she has finally put her mental health first.

She said: ‘For so long I worried about other people and letting people down. The only person I should have been trying to make happy was myself and I wasn’t doing that.

‘I needed to do it for my mental health because I know I would have ended up back where I was five years ago, and that’s scary…’

Jesy, who has been recording solo music, also explained that she never said that quitting a girl band would mean quitting music, and equates making music with being mentally healthy.

Perrie, Jade and Leigh-Anne are continuing as a trio, and have just released their first single, Confetti, as a three-piece.

While they admitted it was ‘strange’ going forward as a trio, the girls have said they supported Jesy’s decision.

The June issue of Cosmopolitan is on sale from May 6.

The Best Bookshelf Speakers Our Editors Are Using Right Now