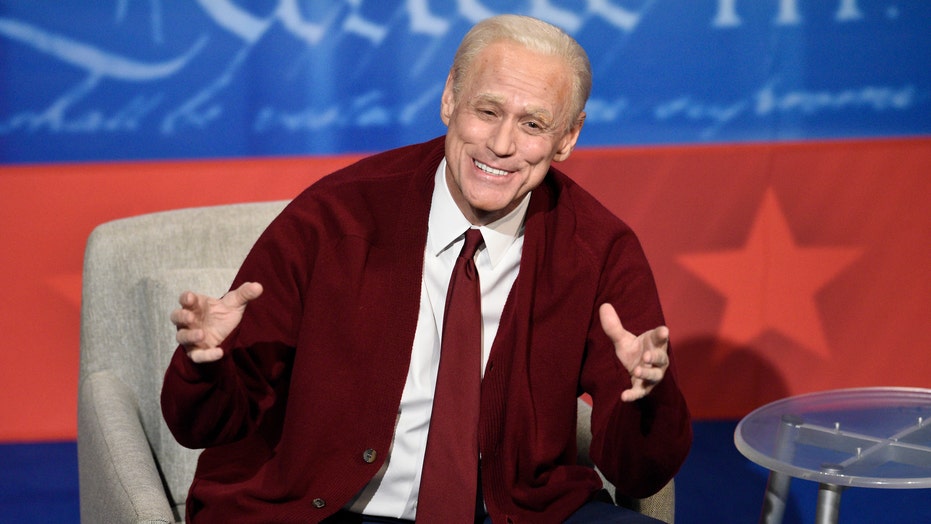 Jim Carrey again took on the role of Joe Biden, who fielded questions from audience members regarding his proposed policies, and while the sketch implied that both events were relatively uninformative, they poked fun at Biden's mannerisms.

The clip cut back-and-forth between segments of Trump and Biden's events, and at one point, Carrey, as Biden, slipped on a red cardigan and began to sing.

"Let's make the most of this beautiful day," he sang in the style of Mr. Rogers, who was known for donning a sweater while welcoming viewers with a song. "Since we're together, might as well say: Would you be my…"

The audience then joined in on the tune.

"Could you be my, won't you be my neighbor?" they sang alongside the presidential candidate.

The sketch then cut back to a shot of Trump's town hall, depicting the president, played by Alec Baldwin, engaged in a WWE-style fight with Savannah Guthrie — played by Kate McKinnon — who moderated the debate.

Bick to Carrey's Biden, who was now dressed as Bob Ross. Wearing a blue painting shirt and a large, round wig, the candidate also painted a picture of a mountain scene. 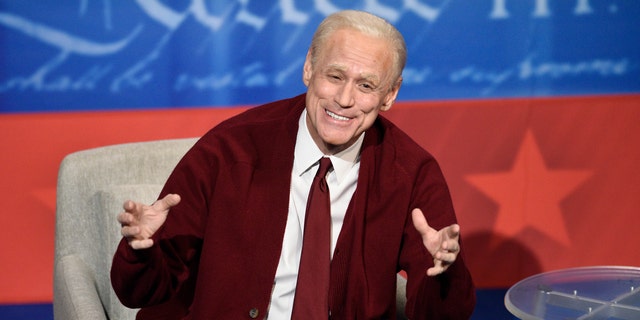 "And you see, each tree has its own personality, just like America," he said. "Does that answer your question, Justin?"

In reference to the long-running event, an audience member responded: "If I say 'yes,' can I sit down? Both my legs are sleeping."

The sketch also made fun of Trump several times, cracking jokes about his tax scandal, his friendship with Jeffrey Epstein and more.

Billie Eilish postpones sold-out tour dates amid coronavirus concerns: 'I'm so sad to do this'