John Travolta and his daughter Ella posed for a sweet snap after she finished filming her new ‘Alice In Wonderland’ inspired movie.

Ella Bleu Travolta has officially wrapped her first major movie. The 21-year-old daughter of John Travolta and Kelly Preston is following in her A-list parent’s footsteps by making a name for herself in Hollywood. She took to Instagram on on September 5 share a series of snaps in celebration of finishing filming her new movie Get Lost. “And that’s a wrap on Get Lost!!! This has been such an incredible experience,” she captioned the carousel post. “Budapest has been a dream and most importantly I’ve gotten to meet and work with so many amazing people.”

In one of the snaps taken behind the scenes of the film, which is a live action re-imagining of Alice in Wonderland, Ella posed with her dad while rocking a blue floral dress and burnt orange boots. The Grease star was all smiles in a black tee and black rain jacket, along with dark denim jeans and black boots. In her caption, Ella also gave a shout out to those who worked on the set.

“Thank you so so much to all of the cast and crew who worked so hard on this film and brought everything to life so beautifully,” she wrote. “Thank you to our wonderful director, Daniela [Amavia], for your kindness and guidance always. And to our stellar producers, for everything you do.” Get Lost is “a modern-day re-imagining of Alice In Wonderland with the creatures turned into human characters,” per Deadline, which will feature Ella in the character of Alicia/Alice in March. While “backpacking through Europe to fulfill her mother’s last wish,” Ella’s character “goes on a wildly magical trip into the wonderland that is Budapest.” 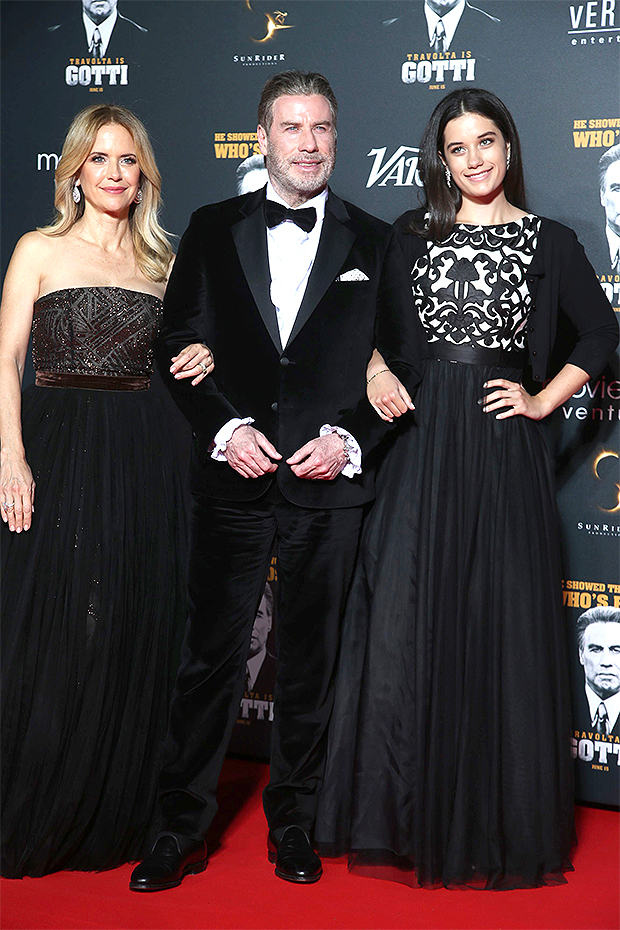 John first teased his eldest daughter’s upcoming movie role in a July 2021 Instagram post. “Here’s my daughter Ella starring in a live action re-imagining of Alice in Wonderland! Called Get Lost,” he wrote at the time. “I’m a very proud dad!” It came a few months after she celebrated her 21st birthday — the first since her mom Kelly tragically passed away following a battle with breast cancer. “Happy 21st birthday to the most beautiful, kind, human being and artist I know. Your dad adores you,” John wrote.

Why Martha Stewart Was Unable To Host SNL