Karlie Kloss has given fans their first glimpse at her growing baby bump! The 28-year-old supermodel is pregnant with her first child with husband Joshua Kushner, 35, and took to Instagram on November 17 to confirm the exciting news. “good morning baby,” she captioned a sweet at-home video, which showed her laying on a couch with her bare midsection exposed. She panned the camera down to her small bump as she said, “Good morning, hello baby.”

The catwalk star rocked a simple black bra and bright orange sweatpants along with a gold bracelet around her wrist and her hair pulled back. Reese Witherspoon commented, ” Awwwww. The sweetest thing,” while Ashley Graham wrote, “Aw! good morning babyyyyyyyy.” Other famous friends, including Gwyneth Paltrow and Lily Aldridge also congratulated the new mom in the comments section.

News of Karlie’s pregnancy was first reported by PEOPLE on Oct. 29. “Karlie is overjoyed to be expecting her first child in 2021,” a source told the outlet. “She will be the most amazing mother.” It came just days after their second wedding anniversary! The pair, who met in 2012, tied the knot in an upstate New York ceremony in Oct. 2018. In true A-list fashion, there was more than event, as they exchanged vows again in June of 2019 in a farmhouse in Wyoming! 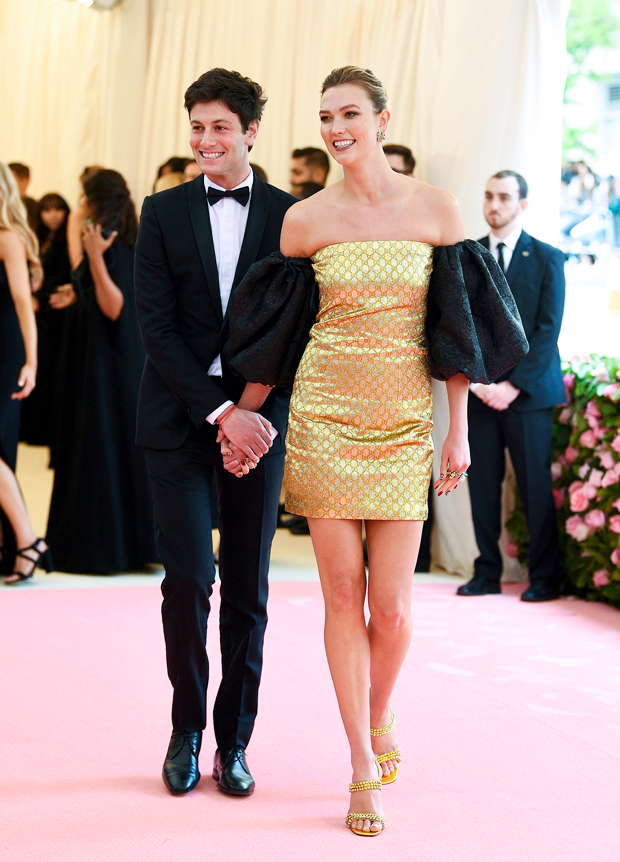 The mom-to-be most recently made headlines after revealing she was voting for Democratic presidential nominee Joe Biden and his VP running mate, Kamala Harris, despite her husband’s political affiliation. Joshua, a venture capitalist, is the brother of Jared Kushner, who is the son-in-law of Donald Trump. Karlie has made it clear, though, that her family’s Republican ties do not influence her voting plans.

“I’m sure I’m not the only person in this country who does not agree with their family on politics,” she told Andy Cohen during an appearance on Watch What Happens Live with Andy Cohen! in Jan. 2020. She then firmly added, “I voted as a democrat in 2016, and I plan to do the same in 2020.”

Slick Woods Recalls Being Spanked By Rihanna While In Labor